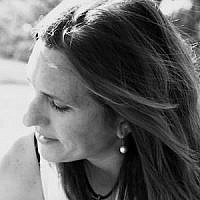 The Blogs
Nicole Jansezian
Apply for a Blog
Advertisement
Please note that the posts on The Blogs are contributed by third parties. The opinions, facts and any media content in them are presented solely by the authors, and neither The Times of Israel nor its partners assume any responsibility for them. Please contact us in case of abuse. In case of abuse,
Report this post.

“First they came for the Socialists, and I did not speak out—

Martin Niemöller, a German Lutheran pastor and theologian, became an outspoken critic of the Nazis in Germany and was sentenced to a concentration camp for his crime of speaking against the regime. His famous poem, quoted above, has been reworded over the years and used to make a point: If we don’t speak up now for others, we place ourselves in inevitable danger.

I married an Armenian Israeli and when I did I married into a cause. If one characteristic marks Armenians, aside from their pride in being the first Christian nation, it is the hovering pall of the Armenian Genocide.

Have you heard of it? Many have not. Last Friday we marked the commemoration of 100 years of this atrocity in which 1.5 million Armenians were killed at the hands of the Ottoman Empire. On April 24, 1915, the Ottoman government executed more than 200 Armenian leaders in Constantinople. What followed were years of systematic abductions, expropriation of assets, executions, death marches and starvation in an effort to eliminate the Armenian population in present-day Turkey.

Armenians around the world can’t shake the specter of this haunting time because many world superpowers refuse to call it “genocide.” Russia, France and about 20 other countries recognize it as such while the United States, Britain and Israel do not. Turkey, in its insistence to avoid culpability, denies it happened.

But long before any nation recognized what occurred in Armenia, Adolf Hitler did. Hitler observed that his own genocide would be successful because no one remembered the Armenians. And so he spent years methodically annihilating people who didn’t fit into his world, most predominately 6 million Jews. The Holocaust occurred partly because genocide had already been allowed by the world.

And yet, before he rounded up the Jews, Hitler experimented with another group: the disabled and terminably ill. According to the United States Holocaust Memorial Museum, in October 1939, Hitler initiated the killing of Germans he deemed “unworthy of life.” Some 200,000 handicapped people were murdered between 1940 and 1945. This became the model for the mass murder of Jews and a training ground for the concentration camps.

These despicable historic events bring me to the present. Daniel, my young son, is of Armenian descent and he has special needs. He would’ve been targeted in either genocide because of his identity.

Thankfully we live in a society today where Daniel is treated with dignity and love. I don’t expect any laws to be legislated against his existence. And he has advocates like those we found at SHALVA, the Association for Mentally and Physically Challenged Children in Israel.

Shalva’s work, quite opposite to Hitler, is to improve the quality of life for children with special needs and their families. To give hope. To instigate progress. Shalva is fostering a more knowledgeable and compassionate social climate for people with disabilities so they will be included and never again looked upon as a lesser group or a weak link.

Thanks to Shalva, Efrat Dotan (Down syndrome) and Matanel Biton (developmental delays) worked at an Israeli newspaper and interviewed national and international celebrities and politicians. Dina Samte, a singer who is blind, performed on a New York City stage along with percussionist Yair Vomberg, who has Down syndrome.

In order to pave the way for more opportunities such as these, we must continually speak up for those who have no voice.

If we do not recognize we cannot repair, rebuild and move forward. Failing to speak out for one group regarding an atrocity is a moral failure. And for me, failing to speak up is failing my son.

“Denial of genocide … is not an act of historical reinterpretation … but an insidious form of intellectual and moral degradation,” Holocaust scholar Deborah Lipstadt said.

Edmund Burke is known for this famous quote: “The only thing necessary for the triumph of evil is for good men to do nothing.” I’d like to add, “and to say nothing.”

So as a defender, advocate and mother, I must speak up for recognition of the Armenian Genocide and its victims.

May this 100th anniversary of the Armenian Genocide be a time for us all to remember, represent and advocate for and to recognize the defenseless.

About the Author
Nicole is a long-time journalist, writer and ghostwriter of all sorts of fun articles and awesome books. She and her family live in Jerusalem. Her son tells his own stories at TheBabyBlogsbyDaniel.com.
Related Topics
Related Posts
Comments