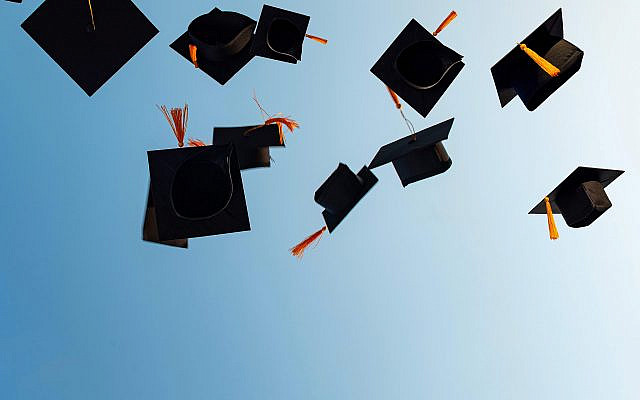 In a recent column in Foreign Policy magazine, Council on Foreign Relations senior fellow Steven A. Cook makes the case that “by all measures, Israel’s normalization in the world is complete… The BDS movement has already lost.” Regretfully, I can assure Mr. Cook and his readers that this is not the case. The Boycott, Divestment, and Sanctions of Israel (“BDS”) campaign, with its strategy of “de-normalizing” Israel by shutting down any dialogue, continues to notch victories at all levels as it marches in pursuit of the eliminationist goals expressed by BDS founder Omar Barghouti: “Definitely, most definitely, we oppose a Jewish state in any part of Palestine.”

It is important to understand that the enemies of Israel do not see the campus as irrelevant; on the contrary, a professionally funded effort that includes Chicago-based American Muslims for Palestine and Student for Justice in Palestine, deeply enmeshed organizations whose possible ties to Middle East terror financing are currently being litigated in federal court. These forces, which, far from grassroots, are in fact a professional activist movement, have poured resources into subverting the campus conversation, indicating that they see this space as the decisive theater in their war for American public opinion. The Israel on Campus Coalition tracked 41 organized anti-Israel campaigns on American college campuses this past academic year. When the university’s oldest student newspaper, the Harvard Crimson, endorses BDS in an unsigned editorial, that conversation is being rapidly taken in a dangerous direction.

Tellingly, BDS activists have in recent years begun to execute a strategy of “other-ing” not just pro-Israel but all Jewish students, treating them as suspect merely based on their ethnic and religious affiliations and heritage. The Council on American-Islamic Relations (CAIR)’s San Francisco Executive Director Zahra Billoo called on supporters to “oppose the polite Zionists,” including “Zionist synagogues,” Jewish federations, and Hillel chapters. SJP chapters at multiple prominent campuses, such as Duke and Cornell, have sponsored speakers such as the repellent Mohammed El-Kurd, who has revived the medieval blood libel by claiming that “[Israelis] harvest organs of the martyred [Palestinians]…” and have an “unquenchable thirst for Palestinian blood.”

Is it any wonder, then, that the AMCHA Initiative has found that “[s]chools that are promoting BDS or other kinds of anti-Zionist rhetoric … are three to eight times more likely to have incidents that target Jewish students for harm…”? The Boston Globe recently published a high-profile piece on the rise of antisemitism at American universities, citing the case of Natalie Shclover, a University of Connecticut senior who was surreptitiously recorded arguing with anti-Israel activists about the rules for flyering in the campus library, and then ostracized, threatened, and expelled from her a cappella group in the four-hour period after the clip was posted on social media, with added captions baselessly accusing her of Islamophobic harassment.

As Jonathan Haidt has written, illiberal ideas being mainstreamed on American campuses quickly move out into the broader society, including the idea that “‘words are violence’ and thus physical violence against controversial, offensive, and hateful speakers is justified as a form of self-defense[,]” which he finds troubling because “as soon as you label your opponent’s words as violence, that entitles your side to use violence. And as soon as your side uses violence, research and common sense show you lose.” Far from the isolated or irrelevant spaces that Cook imagines, campus elected officials, journalists, and influencers aren’t just soon to play a role in the “real world” – in our digital-first reality, they already play a leading role.

Nor have BDS efforts remained confined to the campus level. Several mainline churches have divested from Israel, as have a number of academic organizations, most recently the Middle East Studies Association. As Cook mentions, Unilever affiliate Ben & Jerry’s is the most high-profile corporation currently pushing for BDS, though he neglects to mention a strong push targeting Airbnb in 2019. He appears to be unaware of the Sierra Club’s cancellation of its 2022 trips to Israel, reinstated with an apology after pushback from the pro-Israel community. And BDS has been promoted at the city government level, including in Cambridge, Massachusetts in 2021.

Simply put, the well-funded and outside-organized BDS successes at the university level themselves promote a culture that is less grounded in liberal values and more welcoming of antisemitism. This culture does not stay in the ivory tower but has come out into the world, leading to a push to replicate itself at the political, corporate, organizational, and professional levels. The goal of BDS is nothing less than to end American support for Israel. the campus is just the first place we are at risk of losing that support, but if we don’t respond, it will not be the last.