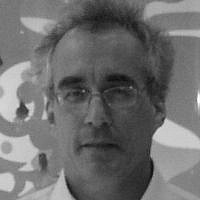 The Blogs
Glenn Evan Diamond
Apply for a Blog
Please note that the posts on The Blogs are contributed by third parties. The opinions, facts and any media content in them are presented solely by the authors, and neither The Times of Israel nor its partners assume any responsibility for them. Please contact us in case of abuse. In case of abuse,
Report this post.

What would HaShem’s Government do?

Every now and then, we all ask that question.

Here we will endeavor to inspirit this construct with timeless and practical good sense, through the prism of the enduring principles of Jewish civilization.

That is the gift of the Jews, enduring principles, the Good Book, the Torah, the Way of HaShem, read sensibly, a perfect guide to a self policing and self regulating society with sound government, good health, and a steady commonweal.

But over two thousand years of exile, we have lost the Torah that God gave Moses and turned it into a talisman for everyone to use as they see fit.

Some of the worst of us even use the Torah for magic, or for money, yes, it is true that the words of the Torah read and repeated slowly are good for the health and the mind, if the heart is pure, but no, the packagers of the Torah are not pure and they certainly could not care less as they genuflect and two step this way and that like slow motion whirling dervishes.

In spite of ourselves.

We have a sensible constitution and a reasonable way to run our nation, most of us never even think of the Torah that way.

We wanted a king once and Prophet Samuel told us why we should not, we insisted and we only got one perfectly righteous king, Josiah, and his sons got themselves cursed, a thrice great granddaughter Shelomith the Persians left be.

It was Josiah whose Passover described in the Chronicles brings images into our minds that make us well up with tears.

The best virologists know that the Wuhan virus is not the problem, it is easily solved and it probably already has been solved by someone Jewish somewhere, this plague is man made, it is the plague of corruption gone supercritical, we are all Jack Lemmon in The China Syndrome or Ofra Haza in Tzedek Muchlat, we all know.

We forgot what Moses taught us, what HaShem taught him and told His earth, that He will destroy everything if we continue on our path of corruption.

And God did do it once, there are many accounts of this in many civilizations, the Epic of Gilgamesh and Utnapishtim the Faraway rhyme perfectly well with Noah and The Flood.

Easy to learn, difficult to master.

Now we are flooded by the plague of corruption while we navigate a day to day world overwhelmed mentally and physically by a virus that has no treatment, and we have seen and heard of the terrible deaths it tolls.

And in our fear we become more corrupt not less.

There is no law or court decision that can end corruption, we have no choice but to defer to God.

The God that asks us nicely to be good, and makes our lives a living hell when we are not.

And we are the cure.

But Israel is become too many things to too many people, and that causes confusion, and that confusion generates mental and emotional chaos amongst us.

And we are the cure.

The Jewish people are the only people in the world who actually have a mission, still, many of us are reluctant even though that reluctance is irrelevant, because all Jewish people have no choice but to crew the mission.

This coronavirus plague is not an Act of God as some would have it, it is the perfection of our corruption, and we the Jewish people have contributed more than our fair share to creating the necessary conditions for this catastrophic calamity to befall the world.

We are the cure.

HaShem’s Government would stop this coronavirus plague with a flick of the wrist, our nation is a scientific powerhouse and we have a national bank filled with enough cash to finance ten thousand ways to do it.

We are the cure.

Once we learn to trust in HaShem Who made us to be good.

And that is the first basic law, to be good, and our observing of that basic law will end this plague of corruption that this coronavirus plague so dramatically bears witness to.

After all, in the days of Moses, the terrible and terrifying plagues God inflicted out of the rebellion of Korach and the Midianite plot were quelled, though many of the most powerful amongst us were condemned.

Yes, we are the cure.

Next we will look at our health and explore what HaShem’s Government would do about that.

About the Author
Glenn Evan Diamond is a documented Harvard educated American polymath with considerable leading edge experience and expertise in fields ranging from brain and central nervous system biotechnology to defense and intelligence systems and policies, and almost everything in between, including technology, he is also a learned Jewish scholar and in depth Torah commentator.
Related Topics
Related Posts
Comments