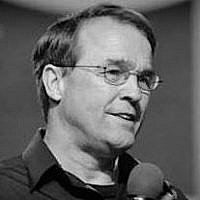 The Blogs
Mike Bickle
Apply for a Blog
Please note that the posts on The Blogs are contributed by third parties. The opinions, facts and any media content in them are presented solely by the authors, and neither The Times of Israel nor its partners assume any responsibility for them. Please contact us in case of abuse. In case of abuse,
Report this post. 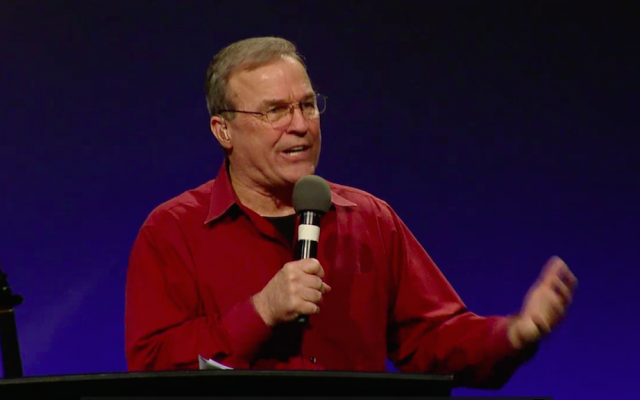 I have been alarmed in recent days to hear that comments I made in a sermon several years ago were taken to be anti-Semitic. Today I write to clarify my beliefs.

The false statements circulating in the media distort what I said. I have been and remain committed to the spiritual and material defense of Israel and the Jewish people, as is my ministry. When I paraphrased from the difficult passages of Zechariah 12:1-3, Zechariah 14:1-3, Zechariah 13:8-9, and Jeremiah 16 in the sermon excerpt that has been circulated of late, I did so with one main intent: to stir the American church to stand with Israel in time of a future persecution as foretold by most of the Jewish prophets in the Bible. Various Old Testament prophets prophesy dark days for Israel before the Messiah returns, and I read these prophecies with dread. My message is that the Church must respond like Corrie ten Boom’s family – by standing with Israel instead of drawing back in fear and silence.

The prophecies of Zechariah and Jeremiah are difficult and easily misinterpreted to the biblically illiterate. Taking Scripture out of context is routine to the secular media. But let me be clear: I have made support for Israel and the Jewish people a central part of my ministry. For the last 15 years, our ministry has hosted several two-hour prayer meetings for Israel each week.

Some have misrepresented my remarks on Hitler being among the ‘hunters’ mentioned by the prophet Jeremiah (Jeremiah 16:16), but let me make clear: what Hitler did was evil, an utter atrocity to the Jewish people and to all of mankind. The creation of the modern state of Israel after the Holocaust is a testament to God’s enduring love for His beloved people.

When I was considering an endorsement of Ted Cruz, his record on Israel was central to my decision. I noted the way Cruz brought evangelical leaders and Jewish organizations together in a valiant effort to stop the Iran nuclear deal. I observed that no candidate for president has a stronger record than Cruz on standing with Israel, fighting radical Islamic terrorism, and combating anti-Semitism in the world. I could not and would not have supported Ted Cruz unless I were confident that he supported Israel.

Ted Cruz has been known to say, “If you hate the Jewish people, you are not reflecting the teachings of Christ.” I strongly agree.

When Ted Cruz thanked me for my support, he did not endorse everything I have said during my lifetime, and I do not expect him to. For those times when I have communicated my beliefs poorly, I apologize.

To be clear: Scripture is clear that the friends of God are friends of Israel. It is the enemies of HaShem who oppose Israel. I pray that I may always be counted among the former.

Thank you for defending Israel so zealously. Please feel free to contact me at any time if you have questions. This video may also help explain my views.

About the Author
Mike Bickle is the director of the International House of Prayer Missions Base of Kansas City, an evangelical missions organization, and founder of the International House of Prayer University. He has authored several books including Passion for Jesus, Growing in the Prophetic, The Pleasures of Loving God, After God’s Own Heart, and Prayers to Strengthen Your Inner Man.
Comments