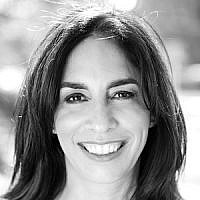 The Blogs
Lisa Silverstein
Championing a holistic approach to spirituality and physical well-being.
Apply for a Blog
Please note that the posts on The Blogs are contributed by third parties. The opinions, facts and any media content in them are presented solely by the authors, and neither The Times of Israel nor its partners assume any responsibility for them. Please contact us in case of abuse. In case of abuse,
Report this post. 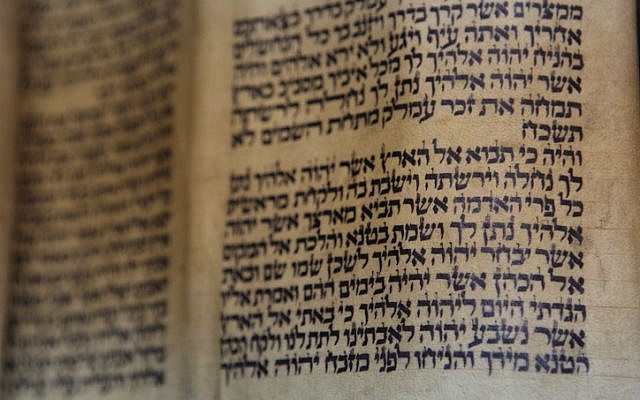 Many years ago when I was a student rabbi, our congregation was chosen to receive one of the 1800 Czechoslovakian torah scrolls confiscated by the Nazis during WWII.

Decades after the war, one by one, these sifrei torah were redistributed to congregations around the world, and we were ecstatic to accept one of these precious scrolls.

On the day of the arrival of the sefer torah, which ironically fell on the week of Shavuot, we drove a dozen kids from the synagogue youth group down to the JFK international airport, and convinced airport officials to allow us onto the tarmac to receive torah, quite literally.

In their excitement, our students pried open the crate as soon as it was carried out of the cargo hold.

But as the sefer was removed from the box we understood that this torah would never be used again. It was damaged to the point of no return—its waterlogged, brittle parchment was so fragile that it was impossible to unroll it more than a few inches.

For a full minute, no one moved. No one spoke. Suddenly, and much to our disbelief, one of the students leaned over the torah, looked carefully, and realized that the words before him were familiar to him—because he had read them three years before on the day that he became bar mitzvah in the synagogue.

Right there, on the tarmac of JFK, he began to chant from Parashat Kedoshim: “You shall be holy, for I, the Lord your God, am holy.” In that moment, that broken parchment became whole again. In that moment, this verse became everything.

And that’s what I learned standing at Sinai.

About the Author
Lisa Silverstein is a renowned spiritual leader, yogini, musician, and Israeli dancer. Her ongoing work in the areas of spirituality, yoga, music, wellness, dance, and Jewish culture has earned her a reputation as a thought leader and cultural icon. She is founder and executive director of Positive Jewish Living, a post-denominational organization that encourages a holistic, spiritual approach to physical and emotional wellness. Rabbi Tzur received her undergraduate degree from Brandeis University and rabbinic ordination from the Hebrew Union College-Jewish Institute of Religion. After serving Arizona-based congregations for nearly fifteen years, she now divides her time between homes in San Francisco and Tel Aviv.
Comments