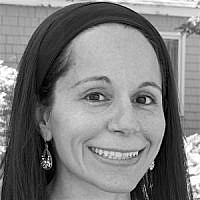 The Blogs
Guila Benchimol
Apply for a Blog
Please note that the posts on The Blogs are contributed by third parties. The opinions, facts and any media content in them are presented solely by the authors, and neither The Times of Israel nor its partners assume any responsibility for them. Please contact us in case of abuse. In case of abuse,
Report this post. 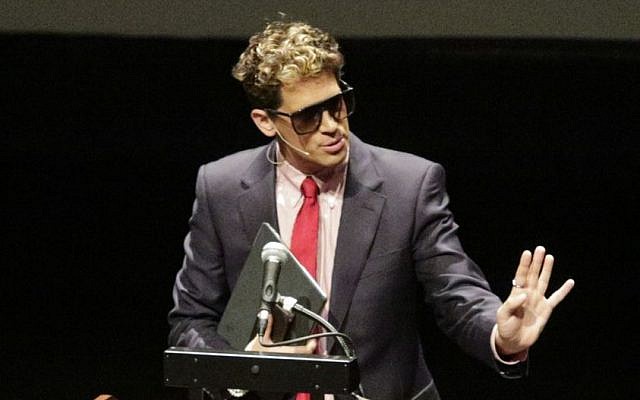 In light of ex-Breitbart editor Milo Yiannopoulos’s remarks suggesting that mature 13-year-old boys and adult men can have consensual relationships, I want to share what I recently learned at the Global Summit on Child Sexual Abuse in the Jewish Community convened by Kol V’Oz. Listening to the male sex offender who was convicted of sexually abusing young boys in his Jewish community gave me pause about the areas we may have neglected to consider in our quest to prevent and address abuse when it arises in our institutions.

He began by explaining that he was completely clueless as to the damage he had inflicted on his victim.

Most people have no idea how victimization affects a person’s life, both in the short and long term. Sexual abuse exacts real life, long-lasting, physical, emotional, spiritual, and psychological tolls. Because young perpetrators find this difficult to grasp, he stressed the need to make the impact of the abuse explicit to perpetrators, even if many years have passed since the abuse. Interestingly, Professor. Marci Hamilton suggested that survivors’ stories are not the primary way to reach legislators at this point in history when so many stories have been told in the press. Instead, child sexual abuse must be framed as a quantifiable public health issue to make them pay attention.
How, then, should we frame sexual violence in the Jewish community so that people care enough to create systemic and lasting change?

He claimed that the abuse began after his male peers, with whom he had regularly sexually experimented with, no longer wanted to do so because they had matured while he did not.
Sexual experimentation that is developmentally normal takes place in Jewish schools, camps, dorms, and youth trips, among both boys and girls. However, our institutions are not yet willing, or able, to acknowledge that this is happening nor have we prepared our children to navigate this developmental stage. Not only do we need to talk to children about safeguarding themselves and others, which many schools, synagogues, and camps are doing, but we should also talk to them about their bodies, sex, and sexuality.
Youth need the tools to name the experiences they might find themselves in, to understand their bodies, and to help them navigate relationships. Jewish organizations can be pioneers in creating such a curriculum that is aligned with Jewish ideals.

He recognized on some level that turning to younger children when his peers no longer wanted to sexually experiment was wrong.
Taking this claim at face value made me wonder whether we have offered children or teens who know that their behaviors are wrong, such as engaging in sexual play with younger children or children who do not want to engage, a place to turn for help. Or do they feel afraid to come forward because they might be rejected?
While we should continue our focus on preventing victimization and supporting survivors, we also need to prevent future perpetration of abuse and create a safe place for people to ask for help, especially while they are young.

He spoke about how the Jewish community he currently lives in ‘manages’ him.
Jewish communities and organizations where sex offenders live, worship, and work should go to great lengths to ensure that the proper safeguards have been put in place. Preferably, this should be done before an offender joins the community. If this is not practical, then steps should be taken as soon as you become aware that s/he has moved in.
Are we aware if sex offenders live in our communities, work in our organizations, attend our synagogues, or teach in our schools?

His claim, “The rabbis could have done much more to stop me. And to scare me,” made me think about the role of leaders in Jewish communities and organizations when abuse is uncovered, especially how complicated it is to navigate relationships when they are tied to the victim, perpetrator, and their supporters simultaneously. One man brilliantly articulated the tension that arises when we fully humanize victims and survivors as well as perpetrators, which we should. He explained how strange it felt to be sitting in the room as people who fight on behalf of victims and survivors while at the same time feeling bad for the offender while we listened to his story.
This powerful moment also highlighted the need for legitimate and objective investigations when allegations of abuse arise in Jewish institutions, not ones conducted by insiders of the institutions.

The role of rabbis and community leaders in approaching the perpetrator to do the right thing was also discussed.
Sometimes, they can facilitate a meeting between the survivor and perpetrator, if the survivor so desires. Similar to restorative justice measures, this process could be further developed to assist Jewish communities heal following abuse committed within.
Abuse impacts the entire community making a restorative justice approach, which attempts to repair the harm to the individuals and the community at large, extremely useful.

It was fascinating to see how some perpetrators continue to live with the cognitive distortions that allowed them to offend in the first place. For example, the man used the word ‘consensual’ when describing his offense, even admitting that people hate to hear him do so. This may have been one of several attempts to neutralize his crimes to the audience or a reflection of how much he still needs to learn.
It only strengthened the idea that communities should find a way to safeguard themselves and understand who lives among them.

While we should continue to give voice to sexual abuse survivors and experts so they can teach us how to do better, here was an opportunity to hear a voice that is seldom asked to teach — someone who has caused great damage.

May these lessons be a step towards greater awareness, healing, and action in our communities and may we ensure that we never dismiss “this child abuse stuff” as Yiannopoulos did.