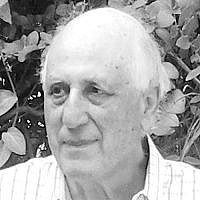 The Blogs
Daniel Suraqui
Apply for a Blog
Advertisement
Please note that the posts on The Blogs are contributed by third parties. The opinions, facts and any media content in them are presented solely by the authors, and neither The Times of Israel nor its partners assume any responsibility for them. Please contact us in case of abuse. In case of abuse,
Report this post. 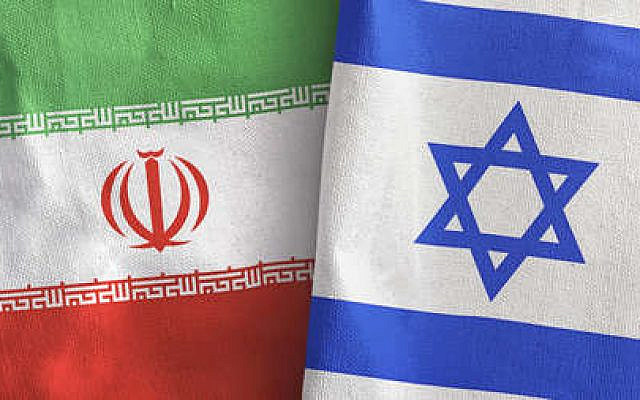 History is dotted with minor details that had major consequences. There is an irresistible temptation to play ‘what if ‘, wondering what would have happened if… For example, what would have happened if Marshal Grouchy and his army had been present at Waterloo as common sense required rather than wandering off to fight against a Prussian army? What if, in 1935, France and England had, in accordance with the Treaty of Versailles, sent a small expeditionary force to Germany to prevent its rearmament and the remilitarization of the Rhineland? The conclusion is clear: in the first case, Waterloo would have been one of Napoleon’s greatest victories, there would be no Wellington Avenue in London, and the Champs Elysées in Paris would be called Waterloo Avenue. In the second case, it is very likely that Hitler would have fallen like a wisp of straw and been overthrown by his generals. Examples of this kind in History number in the hundreds and playing ‘If’ makes no sense. We know what happened; we do not know what would have happened ‘If’ and therefore we have no basis for comparison. I tend to think, pure hypothesis, that if we take a sufficiently long period, the final state is essentially the same whatever the adventures of the course.

Wisdom is not to judge after the fact by playing ‘what if’.  But project this ‘what if’ into the future in order to anticipate an unlikely but possible negative scenario and try to avoid it or limit its consequences and also be able to take unpopular actions at the cost of being overthrown by popular sanction, democracy has its limits….

We do not expect a politician to be a seer, but we do expect common sense, and if possible, intuition and the courage to go against the current if he or she thinks the situation calls for it. A mistake in governance can sometimes lead to great suffering for the population, whether in the short or long term. The Russo-Ukrainian conflict was not anticipated by Europeans, who did not take timely measures in the energy sector. Can we blame them? These measures would have required austerity policies that would have been poorly received by populations that would have stopped voting for their governments. After the Fukushima nuclear disaster, Ms. Merkel abandoned nuclear power in favor of Russian gas. Did she make the right decision? A priori, no, but we do not have enough hindsight to decide definitively.

Let us take a burning example, at the time these lines are written (December 2022), there is a popular revolt in Iran. The resulting implications for the world in general and Israel in particular can be significant

On September 16, 2022, a young Iranian woman Mahsa Amini was killed in Tehran by the vice police because her veil was not properly adjusted. A relatively minor event, similar incidents have occurred many times without causing waves and have remained unknown to the public both in Iran and abroad. Not this time, where the wave turned into a tsunami that could threaten the stability of the regime in place. Why did this local incident have such an impact? Hard to know, probably the straw that broke the camel’s back. Three months have passed and despite fierce repression, the street does not calm down and throughout Iran, the demonstrations continue. It is likely that, as in the past, the government will regain control, until the next revolt. However, there remains a possibility that cannot be ruled out, which is that the regime feels threatened in its foundations and takes dramatic measures with global consequences.

The Shah’s regime fell in 1979 under popular pressure despite security services loyal to the government in place. Democracies did not support the Shah who was unable or unwilling to resist the popular wave. Today, Iran is even more isolated than in 1979. It does benefit from the support of Russia and China but it is discredited by its internal repression policy, by its sale of drones to Russia, by the violation of nuclear treaties, by its efforts that bring it closer every day to the nuclear weapon and by its support for terrorist movements. The Iranian theocratic regime has a dogma, that of dominating the entire Middle East by weakening Sunni regimes and eliminating the state of Israel. In addition to its considerable missile power, it has an armed arm, the Lebanese Hezbollah which has a missile strike force superior to that of any western European country. Despite this military power, the regime has carefully avoided direct confrontation with Israel and a fortiori with the USA for the past twenty years. Iranian diplomacy has shown incredible patience. It has swallowed all the toads, its reaction to the sabotage of its nuclear power plants, to the elimination of its scientists and high-ranking officers, to cyber-attacks, has been very measured, the important thing being the ultimate goal to achieve: to destroy the Zionist state which will give it the gateway to its hegemony in the region.

Obtaining the atomic bomb is an insurance policy so that the regime will not be militarily destroyed. Iran will only come into direct conflict with Israel the day it thinks it is the only way to solve its domestic affairs and that its chances of prevailing will be maximum. The day it does, he will take every precaution so that it comes by surprise.

Let us return to the demonstrations and study the different scenarios:

The third hypothesis is unlikely: the regime will use all means at its disposal to avoid such a situation. For it, an eventuality of this kind is an incommensurable catastrophe, it is inconceivable at the ideological, financial, political level and all actions how risky they may be, have to be taken in order to avoid the collapse of the Islamic Republic. Among all the alternatives, there is one, if carried out, which could turn the situation around. It is about unleashing a surprise war against Israel.

Exporting on the outside problems of the inside is an old tactic used many times in history. Having a common enemy strengthens national feeling and pushes for union. One of the latest examples is the Falkland Islands war undertaken by the military junta in Argentina in 1982, which ended in Argentina’s defeat and the fall of the junta. In the context of a war of missiles and combat aircraft, which will essentially be the type of conflict there will be between the two countries, the first attacker has a considerable advantage. Indeed, the first salvos are intended for the enemy’s anti-missile defenses, it is a question of destroying a maximum of these batteries so that the following salvos can efficiently hit the nerve centers and thus ensure a strategic advantage. Each country has an advanced satellite system that allows them to see missiles coming out of silos, carrier trucks, etc. Timing is crucial.

Many points remain in the shadows. Among other things, it is not certain that Hezbollah will join its sponsor in the first hours of the conflict, because for this organization it is a question of survival. If Israël takes the upper hand, it is the physical end of the movement. It will then probably wait a few hours to join the action or else to remain an observer and do everything to prevent Israel from starting hostilities that could be fatal to it. From Israel’s point of view, it is not in its interest to attack Iranian civilians, which would have the consequence of rallying them to the Mullahs.

The civilian population in Israel must be psychologically prepared for sudden challenges that come unexpectedly. It has been a few decades since Israel has lived in relative security, and it is not easy to break out of one’s daily routine and suddenly enter a state of emergency. Ukrainians know what it is like, as they saw their lives change in February of this year. The population will have to unite, forget the divisions that divide Israeli society, the government will have to avoid taking credit for any potential victory, and the opposition will have to abstain from criticism in case of difficulties. Civilians will be on the front line, and if unity is not achieved and personal interests take precedence over the general good, it is feared that a toll will have to be paid. This is a relatively unlikely but not implausible scenario. How a chador, a small piece of fabric, can transform the balance of power for better or for worse, depending on which side you are on!

About the Author
Dr. Daniel Suraqui is a nuclear physicist. He was a lecturer at the University of Jerusalem and then developed computer systems. In 2011, as part of the company he founded, he was the first to develop an application on Android, a revolutionary keyboard called SlideIT that has been used by millions of users and is based on many patents. After him other companies have used this technology so that today this type of keyboard exists in all languages and in almost all phones. He has also written several books and is passionate about history.