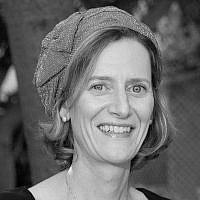 The Blogs
Abi Dauber Sterne
Apply for a Blog
Advertisement
Please note that the posts on The Blogs are contributed by third parties. The opinions, facts and any media content in them are presented solely by the authors, and neither The Times of Israel nor its partners assume any responsibility for them. Please contact us in case of abuse. In case of abuse,
Report this post.

With 47 parties seeking the support of 6.3 million potential Israeli voters on April 9, the race for the next Knesset has never been so fierce. While Israelis are in daily, heated conversations about the race, many Jews around the world are disengaged at best. In particular, we hear continuous reports of the increasing distance Americans feel from Israel.

Here at Makom, the education lab of the Jewish Agency for Israel, we see Israel as the greatest Jewish achievement of our generation — for citizens of the country and for Jews around the world alike. Certainly, for Jewish citizens of Israel, democratic elections are the greatest moment of Jewish self-determination, where we have the right to choose the future direction of the Zionist project. But, at the same time, Israel elections can add to the distance felt by non-citizens of Israel.

Makom hopes to help bridge this distance by holding a “Parallel Election” for Jews outside Israel. There’s no better time than election season to ask crucial questions about who we are, what we believe, and how we wish our Jewish democratic state would operate.

Roughly speaking, these four issues correspond to the four existential questions (which we call the 4HatikvahQuestions) that the second-to-last-line in Hatikvah poses:

As Makom designs educational materials about Israel, and leads educational seminars to help non-Israelis better understand the complexity of Israeli history, life, and culture, we often encourage our participants to think reflexively, and ask these existential questions of themselves. And then to ask, what do you want for yourself? for the country in which you live? And how is that similar or different from what you might hope for in a Jewish democratic state?

It is in this spirit — the spirit of self-reflection, of dreaming big, and of longing to continue to find the best way of becoming “a Free People in our Land” — that Makom invites you – Jews around the world — to think through these issues, and cast your “vote” in Makom’s Parallel Election.

After April 9, we plan to publish the results of the Parallel Election, alongside the actual results. We believe that this will not only help each of us clarify what issues are most important to us, but that it will encourage Jews around the world feel more connected to and invested in the most important project of the Jewish people.

About the Author
Abi Dauber Sterne is an Israel educator who has dedicated her career to deepening people’s Jewish experiences. She is the co-author of Stories for the Sake of Argument, available May 2022. For more information on her workshops and book, see www.forthesakeofargument.org.
Related Topics
Related Posts
Comments