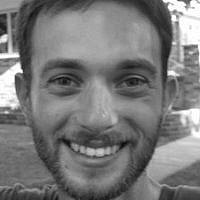 The Blogs
Zev Berger
Apply for a Blog
Please note that the posts on The Blogs are contributed by third parties. The opinions, facts and any media content in them are presented solely by the authors, and neither The Times of Israel nor its partners assume any responsibility for them. Please contact us in case of abuse. In case of abuse,
Report this post.

When evaluating the appropriateness of a military response both ends and means are reasonable ways of looking at things. Geneva Conventions restrict the practice of war and how wars are fought, separating the targeting of military and civilian personnel. They don’t specify what the appropriate responses to an incitement are. Since many wars are waged to bring about a certain result—the cessation of violence, for instance—they might be judged on that criterion. If the cost of war is more than the provocation would warrant we would think it amiss.

What’s worse, the justification for civilian casualties just sounds callous and calculated. Take this for example, crafted as if by a bureaucrat-bot:

[We] approached each individual targeting decision with extraordinary caution. We had solid intelligence and a very strict target selection process. The day of the week, time of day or night, or even the direction of attack were carefully considered to minimise any risk of civilian casualties. We conducted 9,700 strike sorties and dropped over 7,700 precision bombs, but no target was approved or struck if we had any reason to believe that civilians would be at risk. Whenever possible, we used the weapon with the smallest yield to avoid unnecessary harm or damage…. Hundreds of possible strikes were aborted at the last moment due to the perceived possibility of a civilian presence.

It wasn’t issued by an IDF spokesperson, however, but by NATO in the aftermath of their bombing campaign to unseat Muammar Gaddafi in 2011. Tallies of fatalities range from between 2,000 and 30,000, with an estimated 1,100 civilians killed due to NATO precision bombings. Even less expansive conflicts, such as NATO’s intervention in Kosovo in killed 500 civilians.

The action which upsets all conventions and norms is, however, the U.S. invasion and subsequent occupation of Iraq in 2003. For a mixture of geopolitical worries and perceived immanent threats the United States toppled the regime of Saddam Husain, precipitating mass amounts of ethnic violence. In addition to the nearly 4,500 U.S. military personnel that died, there is good data showing that at least 66,000 Iraqi civilians were also killed. Among them some 5,300 died as a result of U.S. coalition bombing campaigns. Nearly 80% of all Iraqis that died as a result of U.S. coalition actions were civilians. So far roughly 1,500 Palestinians have been killed in Gaza, 70% of whom are estimated to be civilians according to the IDF. 63 Israeli soldiers have died and three Israeli civilians. And this is all in an era of “smart” technology.

We have two competing ways of judging war: by the means and by the ends. The New York Times keeps a daily tally of Israeli and Palestinian victims of the conflict in Gaza, highlighting the imbalanced ratio, and the IDF tweets regularly of the lengths taken to protect civilians. Our judgements are naturally going to mix evaluations of means and those of ends. But this process is complicated by the devastation that war inevitably exacts on civilian populations. Western combat forces consistently impose a much higher civilian toll than we are led to believe. What constitutes a “reasonable” number of civilian casualties is anyone’s guess.

In the end I imagine much turns on whether you believe the conflict justified from the get-go. The NATO campaign in Libya did appear to bolster an ultimately successful groundswell of resistance to a terrible dictator. The benefits of the Iraq War are more controversial, though the insurgency was likely an unforeseen outcome of Sadam’s ouster. Israel, meanwhile, is threatened by an inundation of rockets as well as infiltration from a direct neighbor. Admittedly, though, Hamas’ capabilities are relatively weak compared to Israel’s weapon systems.

About the Author
Zev Berger is a PhD candidate in Political Science at the University of Michigan.
Related Topics
Related Posts
Comments