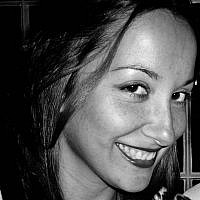 The Blogs
Jamila Mammadova
Apply for a Blog
Advertisement
Please note that the posts on The Blogs are contributed by third parties. The opinions, facts and any media content in them are presented solely by the authors, and neither The Times of Israel nor its partners assume any responsibility for them. Please contact us in case of abuse. In case of abuse,
Report this post.

The overthrow of Egypt’s first democratically elected President Mohamed Morsy by the armed forces on 3 July 2013 should probably be taken as a worrying sign to everyone who saw the Middle East becoming peaceful and democratic on its own.  The noble and to a large extent idealistic faith of some leftists in the West that the Arab Spring’s transformation towards a genuine democracy across the Middle East was possible, and therefore should be an integral part of their political agenda, evokes tender emotion on one hand, and a growing uncertainty about the impeccability of the humanitarian, less-lethal strategy on the other.

The Guardian quoted an aide of President Morsy who suggested that the army wouldn’t have been able to carry out a coup without Washington’s approval, which suggested that the Muslim Brotherhood was hopeful of continued US support until its last moments in power. The White House decided not to rush to describe the political turmoil as a coup so that the US could continue with its foreign aid mission on the ground. At the same time, there was no statement of support for protesters; instead Mr Obama called for restraint, which provoked even more resentment towards the US from the Egyptian population. Much of the anger grew from the country’s cheerless economic situation where Egypt could be moving towards increasing fuel shortages, a sharp depreciation of its currency that will make everything more expensive, and a depletion of foreign currency reserves which could make the importing of critical oil and food items difficult. The government spends an additional $4 billion to subsidise food and has no other alternative than to secure an IMF loan to stabilise the country, regardless of its political persuasion.

Unfortunately for many, the overthrow of the popular government proved that there could be no reconciliation between democracy and Islamism and as a result, that there should not be any moral consensus with the West. The Muslim Brotherhood clearly showed no interest in being democratic and exposed the very basis of its existence during its brief period in power, which was to impose strict Islamic law upon its electorate.

A similar strategy could also have been discerned during the 2011-2012 street protests in Iran, partially influenced by the Arab Spring, where President Obama showed no signs of wanting to assist the street protesters against Islamist theocracy and the crowd was reportedly dispersed with the help of 1500 Hezbollah fighters. Equally, in Syria, the President has been largely inactive for almost a year, and therefore gave a chance for Islamic radicals to gain power over secular elements in the opposition with the help of ambiguous Hezbollah-Hamas relationship. Both organisations are known to be part of a resisting force against Israel, where each was reported to receive financial and military assistance from Iran. At the same time, by having disagreed with the President Assad’s crackdown on fellow Sunnis, Hamas has become closer to the Sunni camp led by Saudi Arabia and Qatar, which in its turn, contributed to the sectarian polarization of the region. And of course there is Egypt, where Mr Obama supported President Morsy, including during the period when the latter was imposing his dictatorial rule over the local population with disregard for constitutional freedoms, the judiciary and press. Having secured the support of this most powerful force behind him, Morsy went as far as to have promised the release of Omar Abdel Rahman, who famously orchestrated the bombings of the World Trade Centre in 1993. Morsy also has periodically displayed anti-Semitic rhetoric too, to the general approval of the population.

By having preferred endless negotiations with Islamist regimes over large scale intervention to restore balance in a number of cases, and having indulged instead in a comfortable isolation, Mr Obama and his advisers have created the conditions for a diplomatic failure which has made the US into an enemy of pro-democracy opposition forces, while also playing into the hands of radical elements within the region. It might be that the urgency of dealing with the economic hardships of his own nation, in conjunction with his partnerships with Islamist regimes, left President Obama with no other option but to leave the exponents of the Arab Spring behind. But it is more likely that the US President just does not want to be the one to push forward the American idea of democracy abroad. The recent change of administration was probably the confirmation, with people like Hillary Clinton, Leon Panetta, David Petraeus, Martin Dempsey all having gone into the shadows.

To understand the reason behind the President’s politics, it might be worth looking at the presidency of John F Kennedy. The confidence of Kennedy implied that his administration would offer a historically important course for US domestic and foreign policies. At the same time, the contrast between Kennedy’s optimistic vision and his ability to manage political realities would become one of the main issues during his presidency. In an attempt to substitute Eisenhower’s methods, the President took quick decisions on forming his cabinet. In South Vietnam, Kennedy was encouraged to increase military and economic aid and further expansion, but he apparently hesitated. Many suspect that had he stayed alive, he would have pulled US troops out of Vietnam. Moreover, when Khrushchev ordered withdrawal of his missiles in return for Kennedy’s public pledge never to invade Cuba, the two Cold War enemies seemed to have turned to each other, rather than to their own generals.

Since the ending of the Cold War era, the “Iron Curtain” has become an object of the world’s historical heritage, and President Obama certainly has less weight on his shoulders. On the other hand, the multipolar world has become a global reality and the new world order dictates profound economic and socio-political challenges. Political Islam, which some critics hastened to declare dead with the removal of President Morsy, is still an existing factor in shaping popular ideology and values. Hence, the destinies of Mr Obama’s political overtures and that of the US as a whole are likely to be dependent on the degree of success that the President will be able to present when balancing between US national security interests and unavoidable partnerships.

About the Author
Jamila Mammadova is a former expert consultant to the Presidential Administration of Azerbaijan. She specializes in international relations and international law, with an interest in Russia and Middle East.
Comments