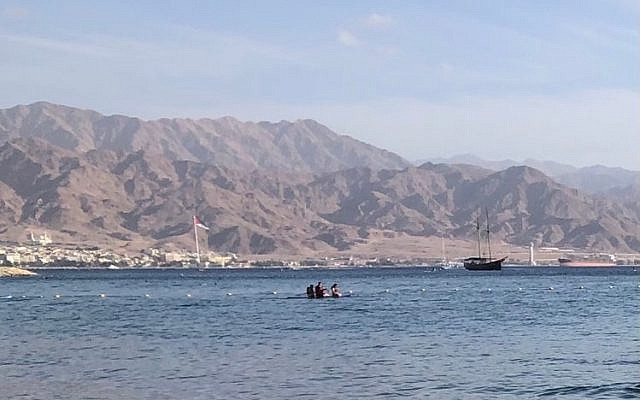 In Parshat Chukat, Moshe sends messengers to the king of Edom (Esav’s descendant) to see if he will let B’nai Yisrael pass through his land. Before the messengers make the request, they start off with a history lesson as we see in Bamidbar 20:14-16:

From Kadesh, Moses sent messengers to the king of Edom: “Thus says your brother Israel: You know all the hardships that have befallen us;  that our ancestors went down to Egypt, that we dwelt in Egypt a long time, and that the Egyptians dealt harshly with us and our ancestors.  We cried to God who heard our plea, sending a messenger who freed us from Egypt. Now we are in Kadesh, the town on the border of your territory…”

Rashi asks why it was necessary for the messengers to mention brotherhood here. His answer, based on Midrash Tanchuma, was that Israel and Edom are brothers, grandsons of Avraham to whom God said in Breisheet 15:13 “Know for sure that your descendants will be foreigners in a land that is not theirs. They will enslave them and oppress them for 400 years.” We are both responsible in fulfilling that obligation and paying that debt.

It was us (B’nai Yisrael) who have been enslaved in Egypt while you (Edom) are free. This whole subject is comparable to two brothers, against whose grandfather a promissory note appeared. One of them arose and paid it. One day, he asked a favor from his brother, and he said to him, “You know that debt was incumbent on both of us, but it was I who paid it. Do not refuse any of my favor that I am asking.”

Rashi explains that due to the “hardship”, Esav separated from Yaakov as we see in Parshat Vayishlach, Breisheet 36:6:

Esav took his wives, his sons, his daughters, all the people of his household, his livestock, his animals, and all his possessions that he acquired in the Land of C’naan, and went to a land away from his brother, Yaakov.

There Rashi writes that “away from his brother, Yaakov” refers to Esav getting away from the bill of indebtedness implied in the decree: “Your descendants will be foreigners,” that was imposed on the descendants of Yitzchak. He therefore thought, “I will leave here, I want no share in the gift- this Land which has been given to him- nor in the payment of the bill of indebtedness.

Unfortunately, Moshe’s plan didn’t work. The king of Edom was not impressed by the fact that they were family or by the history lesson that the messengers gave him. He did not allow B’nai Yisrael to pass through his land and even threatened them that he would go against them with the sword if they tried.

We see from here that some people are just impossible to talk to, have no mercy and really just don’t care. Although the messengers tried a second time, it still did not help. Then, Edom tried going after them with heavy force. At that point, Israel got the message and turned away from them. With some people, you just have to cut your losses.