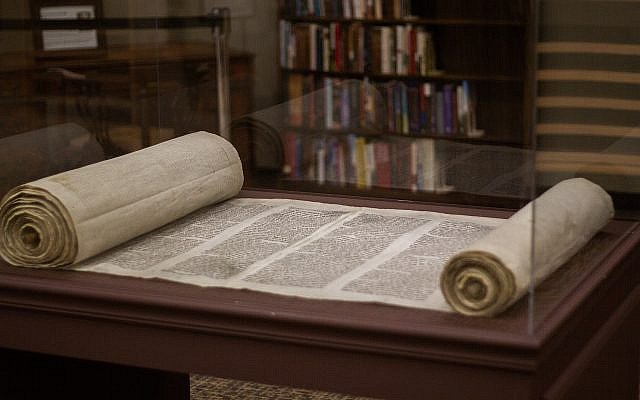 Photo by Taylor Wilcox on Unsplash

Now that we have (once again) received the Torah on the recent holiday of Shavuos, it is worthwhile to contemplate the nature of this gift that we have been granted. What is it essentially, what are we expected to do with it, and how can we assure that we are making the best use of this priceless divine endowment?

Torah is frequently characterized too narrowly as a book of legality and morality. Indeed, Torah is a book of law and ethics, but it is also far more than that. To limit Torah to its legal and ethical code is tremendously reductionist. It is like referring to the sea as a gathering of water, or the galaxy as a series of stars. There is so much more to the sea than water, and so much more to the galaxy than stars. And there is so much more to Torah than law and ethics. Yet there are those who commit their entire lives to the study of Torah, but they never launch beyond the orbit of its rules, and they never paddle beyond the surf of its procedural disputations to reach its true depths and expanse.

To be clear, the contemplation and analysis of the Torah’s systems of judicial and societal legislation is a holy and imperative endeavor. Furthermore, one could spend every day of his life probing the intricacies of the Torah’s legal arguments, and still never exhaust the wealth of wisdom and insight that is contained within them. However, if one delves no deeper than the Torah’s revealed and intellectual plane, then s/he will know only the iceberg’s tip, and not the vast majority of its mass that remains concealed beneath the water’s surface.

Torah is not a book, it is a relationship. It is not merely a legal code, it is a marriage between each of us and God. It is not merely a volume of guidance, it is a map of both our soul and of the universe. It is a microscope that penetrates the nucleus of every nucleus, and a telescope that pierces the farthest reaches of the heavens. Torah is a cipher that encodes the spiritual within the physical. It converts infinity into every grain of matter, and it trains our eye to detect the celestial in even the most base and mundane creation.

There are those who study Torah endlessly and feverishly in order to amass knowledge, understanding and wisdom. But the goal of Torah is not knowledge, understanding and wisdom as we commonly conceive of them. All of these terms imply an acquisition of something that the learner did not previously possess. They confer upon her/him an increase in comprehension and capability. In this conception of Torah as wisdom, one may study it in order to achieve a higher level or status. More altruistically, one may pursue its study in order to become more deeply versed and fluent so that s/he can pursue God’s ways and teach them to others. Either way, Torah is seen as something that one must acquire in order to grow and rise. Study, therefore, becomes a type of commerce or livelihood – the more I invest in study, the more I earn in knowledge, and the more reward I will be granted for my efforts.

There is a truth to this calculus, in that Torah does yield wisdom and does elicit reward. But that is only the surface of Torah, and not its deepest intent or potential. The knowledge, understanding, and wisdom that we ultimately seek through Torah study is not an acquisition, but rather a surrender. We study Torah not in order to gain something, but rather in order to lose everything that prevents us from channelling and transmitting God’s wisdom and will.

We can see this through the Hebrew terms for knowledge, understanding, and wisdom. “Knowledge” in Hebrew is “דעת/daas.” To “know” something in the Hebrew or “biblical” sense is to fuse with it completely, as in the Torah’s expression of Adam’s relationship with his wife: “V’haadam yada es Chava ishto vatahar vateled es Kayin/And the man Adam knew Chava his wife and she became pregnant and gave birth to Cain” (Genesis 3:1).

It was through Adam “knowing” his wife that she became pregnant. Knowledge is intimacy because to truly know something means to unite with it in order to experience it fully. Similarly, “understanding” in Hebrew is “בּינה/binah,” which the mystics explain to be a compound of two words, “ben/son” and “Y-H/God.” The deepest understanding is the awareness that we are God’s offspring, born of Him and carriers of His “genes” or image. “Wisdom” is “חכמה/chochmah” in Hebrew, which is comprised of the two words, “koach/power” and “mah/what.” True wisdom is “the power of what,” the ability to ask ‘what am I,’ and to know that I am nothing but an expression of Godliness.

We therefore find that each of these terms describes a relationship. Through Torah study, we fuse and unite with God. We recognize that we are His seed that He implants in the material world. The wisdom, understanding, and knowledge that we seek through Torah is not something that makes us greater or more substantial. On the contrary, it nullifies us, unifies us with God’s infinity, and enables us to be a clear and open vessel through which He can be revealed in His creation. The study of Torah is not simply a process of learning and gaining information. At its root, it is a method of identifying God’s essence deep within the core of all things, and from there, drawing it out into revelation and manifestation.