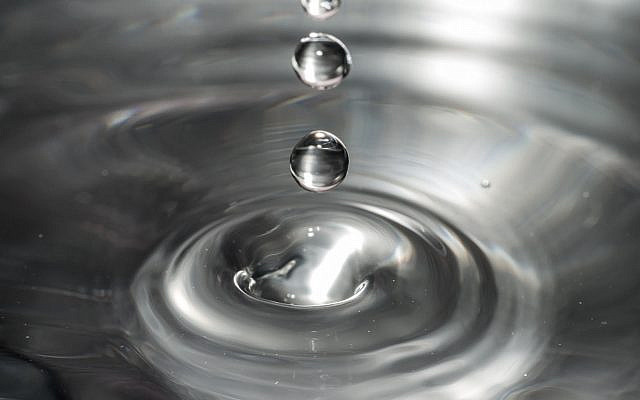 Photo by Sonika Agarwal on Unsplash

Throughout the week of Sukkos, there was a special ceremony that was performed daily in the Temple in Jerusalem that was called “Simchas Beis Hashoevah.” Regarding this ceremony, the sages taught that “One who did not see the ‘Simchas Beis Hashoevah’ never saw joy in his days” (Talmud, Sukkah 51a).

This statement is surprising even before we know what the ceremony entailed. Regardless of what tremendous joy the “Simchas Beis Hashoevah” elicited, how is it possible to say that one has never seen joy if s/he has not experienced this particular event? We might understand the sages assertion that one has never known such an intense level of happiness as the happiness that attends the “Simchas Beis Hashoevah”. But to claim that without this experience one has never seen joy at all – what could the sages possibly mean?

Knowing the details of the ceremony will only add to our confusion. “Shoevah” is from the verb “lishov,” which means to “draw” or “pump,” and it is commonly applied to the drawing of water from a well. “Simchas Beis Hashoevah” literally means the “celebration of the house of drawing,” and it refers to the ritual in which water was drawn from the Shiloach spring next to the Temple Mount in Jerusalem and then poured as an offering on the altar in the Temple. What is it about this drawing of water and the subsequent pouring of it on the altar that generates joy at all, let alone the greatest joy of the year? Even moreso, how does it create joy so unique that no other joy can even be classified as joy if this particular type of joy has not been experienced?

Throughout each of the days of Sukkos, the drawing of the water and its offering on the altar was performed with tremendous celebration and revelry. The people would dance and sing as the priest drew the water, carried it to the Temple, and poured it on the altar. The festivities would last throughout the day and into the nights as thousands of people would gather at the Temple to rejoice and to bask in the bliss of the occasion. Even today, when the Temple no longer stands and the water drawing is no longer performed, it is a custom in many chassidic and orthodox communities to gather on the nights of Sukkos to dance and sing and express the intense joy that is evoked by the mere memory of this unique ritual. But why? Why does a water offering make us so happy?

Libations, or liquid offerings, were poured on the altar in the Temple every day. Oil was offered regularly, and every animal sacrifice was accompanied by a libation of wine. Wine was always a precious commodity in the ancient world, and it was commonly used for sacramental purposes. Holy rituals and occasions were blessed with the drinking or offering of wine in order to demonstrate their importance and distinctiveness. There was only one time a year, however, that water was offered on the altar. That is during Sukkos, and this is the offering of the “Simchas Beis Hashoevah.”

While we can understand the value and significance of offering precious liquids like wine and/or oil, it is difficult to comprehend the advantage of bringing water on the altar. Not only is water commonplace and inexpensive, but it is furthermore tasteless. It lacks both the flavor and the intoxicating qualities of wine, and it does not possess the rich and healthy benefits of oil. It makes sense that these other substances were frequently poured on the altar, but we must wonder not only why water was offered at all, but why this water offering engendered the greatest exultation of the year. To understand the profundity and the elation of this event, we must go all the way back to the second day of creation.

On the first day of creation, God created light and darkness. On the third day, He created the land and the sea and vegetation. What was it that was created on the second day? The “expanse,” or in Hebrew, “harakiah.” What is this expanse? It is sky, or the “heavens” that would separate between the “higher waters” and the “lower waters,” as the verse states: “And God made the expanse and it separated between the water that was below the expanse and the water that was above the expanse, and it was so. And God called the expanse Heaven, and it was evening, and it was morning, day two” (Genesis 1:7-8).

On the first day, subsequent to the creation of light and darkness, “God saw … that it was good” (Genesis 1:4). On the third day, having created the land and sea and vegetation, “God saw that it was good” (Genesis 1:12). But on the second day, it was not good. The second day is the only one of the days of creation that was not referred to as “good.” Whereas the creations on the other days were productive and constructive, the creation on the second day was intended not for the sake of that thing itself, but rather in order to divide and separate between something else, as we can see from the verse that explains the purpose of this day’s creation: “And God said, Let there be an expanse in the midst of the water, and let it be a separation between water and water” (Genesis 1:6).

It seems that the primary point and reason for the expanse was not the expanse itself, but rather for the stratification of the higher and lower waters. Division and separation, according to God Himself, is not “good,” and that is why this term is not applied to this day. The water clearly concurred. In the Zohar, we find that the lower waters were devastated by their dissection and exile below. They called out to God in agony and protest: “The lower waters cry and say, “We too want to stand before the King” (Tikkuni Zohar 5, 19:9).

Why must we be relegated to the physical world, the lower waters lamented, where we will be far from our Source? Why must we dwell in a realm of concealment and separation, where God is unrecognized and where the apparent distinction and individuality of various aspects of the creation engenders conflict and disunity? God understood their complaint and sympathized with their plight. But separation was a necessary condition for the creation. It was instituted on the second day because it was a prerequisite for all of the creations that would follow. Without separation, there could be no “otherness” – there would be only God’s infinity, and therefore no space for a finite creation. Nevertheless, God offered the lower waters comfort and consolation.

First, He commanded that salt should be sprinkled on every sacrifice on the altar. “You shall offer salt on all your sacrifices” (Leviticus 2:13). Salt comes from the oceans, and by bringing salt on the altar, this component of the lower waters would be elevated above and reunited on a daily basis. Yet this was only a partial remedy, as salt is merely an element and representative of the water. The real reunion would come when water itself would be offered on the alter. This, as we have discussed, would happen once a year during Sukkos at the time of the “Simchas Beis Hashoevah.”

The altar was the meeting place between heaven and earth. When the Temple stood, fire would descend from the heavens and join with the earthly fire that was kindled on the stone platform below. Whatever was sacrificed on the altar would be consumed by the intermingling earthly and heavenly flames, and as its corporeal form would be eradicated, its spiritual essence would be freed and enabled to reunite with its universal source. When water was drawn from the Shiloach spring on Sukkos, it was with tremendous celebration as it represented all of the lower waters which had been separated from above by the expanse on the second day of creation. Poured onto the altar, the water returned from its long and distant estrangement and embraced the higher waters to once again fuse with them completely.

There is no greater joy than this. When an entity is torn apart – its two segments kept from one another for ages, pining for one another all this time – and then they are finally reunited, this is the true and ultimate definition of simcha/joy. Compared to this consummate joy, all other joy is as nothing. This is why the sages declared that one who has never experienced the “Simchas Beis Hashoevah” has never seen joy at all. One may have experienced worldly pleasure and fleeting forms of enjoyment or happiness, but if s/he has not known true spiritual reunion, then s/he has no comprehension of what simcha really is.

Why is this ritual performed specifically on Sukkos? Why are the waters reunited on the altar then and not any other time during the year? It is because this is precisely what has occurred in the universe five days earlier on Yom Kippur. Like the waters on the second day of creation, everything that exists in this world had previously been torn away from its source when it was embodied in this physical realm. As long as the spark of Godliness, which is the core reality of every being, is covered by a material crust, it is divided from its entirety and it pines every moment to be reunited. This is the existential angst that every one of us experiences at every moment of our lives. We may not recognize it as such. We may ignore it or try to distract ourselves from it. But when we are quiet and still, and exceedingly honest and attuned to our deepest core, we can sense this intense yearning to cast off the shell that confines and conceals us and to reunite with everything around us.

On Yom Kippur, the fifth and highest level of our soul – the “yechida” – is revealed, and for a glorious moment everything is reincorporated into its infinite oneness which eradicates all blemish and impurity. This is the meaning of true and ultimate “teshuvah/return,” and the joy of this reunion is unspeakable. It can hardly be put into words, and it can only be alluded to with the allegory of the lower waters reconvening with the higher. It is the absolute bliss and ecstasy of the reunification of every single disparate fragment of the universe. This simcha is so great that it is celebrated for an entire week which is referred to, uniquely, as “zman simchaseinu/the time of our joy.” Understanding the nature of true and essential joy will enable us to seek and pursue it rather than all of the false and ephemeral types of pleasure that we often chase in vain. Wishing us all complete reunification and a chag sameach!