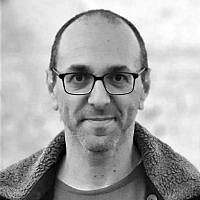 The Blogs
Yuval Yoaz
Zman Israel's legal analyst
Apply for a Blog
Please note that the posts on The Blogs are contributed by third parties. The opinions, facts and any media content in them are presented solely by the authors, and neither The Times of Israel nor its partners assume any responsibility for them. Please contact us in case of abuse. In case of abuse,
Report this post.

“There is a lot to unpack there,” John Oliver began his opening monologue of “Last Week Tonight” last Sunday, where he sharply criticized Israel for its crushing airstrikes on Gaza strip. “From the use of the phrase ‘tit for tat’ war in a conflict in which one side has suffered over 10 times the casualties, something that speaks to the severe power imbalance that played here.” Oliver’s conclusion: this power imbalance “often gets obscured by how we choose to talk about it.”

Oliver is, of course, free to criticize Israel, and, although he himself attests to the great difficulty in judging “the latest chapter in a long story you haven’t read” regarding the conflict in the Middle East, he is also free to draw conclusions and formulate a moral position. But Oliver should do this with to the same standard he sets for others. Specifically, he’d better avoid obscuring essential facts in the way he chooses to talk about them.

In fact, the common notion is that these gaps are the exact reason the State of Israel exists: had it not built from the ground up a stronger army force than those of its enemies in the region, it is likely that it would have been erased from the map long ago.

But that’s not his main issue. Oliver’s primary failure stems from his complete disregard of three basic facts, without which it is impossible to even begin to understand the moral and legal significance of this round of fighting between Israel and Hamas.

Going by Oliver’s logic, since innocent women and children were killed in the Israeli bombings, it is clear that Israel is committing war crimes. He therefore expresses anger at the forgiving attitude of the United States towards its “unwavering friend” Israel, instead of doing what Oliver expects a good friend to do — tell him that is committing war crimes.

The assumptions embedded in Oliver’s argument can be seen, for example, in his critique of the demolition of high-rise buildings in Gaza: “For the record, destroying a civilian residence sure seems like a war crime, regardless of whether you sent a courtesy heads-up text.”

The laws of war require that the purpose of military action be to strike a combat force. If Israel were to deliberately strike women and children (and all civilian population not involved in hostilities in general), its actions would have been deemed a serious war crime.

But that is not what Israel is doing. The international law department in the IDF’s prosecution accompanies all combat operations in the Gaza Strip, in order to ensure not only that the targets of the operation are military hostiles, but that all necessary actions are taken to minimize the accompanying harm to civilians.

Here, too — as in other cases — the rules of proportionality apply. The concomitant harm (it is hard to use such clinical words when talking about human life) should be proportionate to the primary military benefit of the concrete action.

One can argue about how Israel applies the rules of proportionality in this context. Is the IDF really making every possible effort to gather intelligence on the presence of “uninvolved” people in the houses and buildings where Hamas is located in the heart of Gaza? Are the guidelines to evacuate a building a few minutes before it is bombed really 100% effective? But it is not legitimate to argue that Israel commits war crimes simply by virtue of civilian casualties in the operations.

Beyond the general, seemingly self-evident accusation that Israel commits war crimes, Oliver seems completely indifferent to the basic legal difference between Israel’s actions and those of Hamas. In Oliver’s words: “Both sides are firing rockets. But one side has one of the most advanced militaries in the world.”

Well, Israel is a sovereign state and — like any other sovereign state — is allowed to protect its civilian population. Israel is part of the “family of nations” and operates, at least explicitly, in accordance with the norms of international law.

Hamas, on the other hand, is a terrorist organization that has controlled the Gaza strip for 14 years.

In fact, each of the rockets launched by Hamas at Israel — every single one of them — is a war crime, whether they hit Israelis or land in open areas or are intercepted in the air by the “Iron Dome” system.

Hamas has no intention of harming military targets; it deliberately fires at civilian population, with the aim of harming them. That is the very definition of a war crime.

True, looking at the region from across the Atlantic sometimes makes it difficult to discern nuances. The distance between East Jerusalem and Ramallah and between Ramallah and Gaza is really small, even when you don’t look from afar.

But in terms of international law, there is a complicated system of agreements backed by international norms between Israel and the Palestinian Authority, which controls the West Bank, and it bears no resemblance to the constant state of combat between Israel and Hamas, which controls the Gaza Strip. And that is even before we discuss the immeasurably complex legal regime in East Jerusalem.

Mixing all of these may give the impression that Israel controls all Palestinians in all territories that were part of historic Palestine — Gaza, Ramallah, Sheikh Jarrah, they are all the same for the popular HBO host. But they are not the same.

John Oliver is an extremely talented and funny comedian and TV personality. Quite often, he also holds commendable moral grounds. And he’s right: a friend should be told when he’s being an idiot.

About the Author
Yuval Yoaz is the legal analyst at Zman Israel, The Times of Israel's sister Hebrew website. He practices law, specializing in public, constitutional and media laws. He is a partner in the law office of Karniel & Co Yoaz-Bareket-Jonas.
Related Topics
Related Posts
Comments