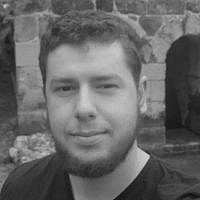 The Blogs
Yaniv Ben David
Apply for a Blog
Please note that the posts on The Blogs are contributed by third parties. The opinions, facts and any media content in them are presented solely by the authors, and neither The Times of Israel nor its partners assume any responsibility for them. Please contact us in case of abuse. In case of abuse,
Report this post.

Northern Ireland has endured more than a week of nightly riots on its streets. Violent protests by Unionist Protestants have brought back the images of sectarian violence — of petrol bombs, bricks and other missiles. For the first time in six years, a water cannon has been deployed on the streets of Belfast, as 88 police officers have been injured; fortunately, there have been no deaths.

What has caused this burst of violence? An easy answer is the funeral of Bobby Storey, one of the leaders of the Maze Prison escape in 1983 and a Sinn Fein icon. His funeral on 21st June 2020 took place at the height of Northern Ireland’s Covid restrictions and was attend by approximately 1,500 people, 24 of whom were elected representatives of Sinn Fein, including Michelle O’Neill, Northern Ireland’s Deputy First Minister. A few weeks ago, on 30th March, the Public Prosecution Service (PPS) issued its decision not to prosecute the 24 Sinn Fein representatives. Although a nine-month police investigation concluded with a recommendation to press charges, the involvement of the Police Service of Northern Ireland (PSNI) in the organization of Storey’s funeral led the PPS to issue its decision. This decision raised much anger in Unionist communities, and has seen Arlene Foster, First Minister and leader of the Democratic Unionist Party, call for the resignation of Chief Constable Simon Byrne.

Another easy answer is Brexit and the customs’ border in the Irish Sea, splitting the United Kingdom into separate economic entities, with Northern Ireland on one side and the rest of the UK on the other. But how much of this is a contribution to the rioting? The rioters are youths, mainly young teenagers — ranging in age from 13 to 16 — from some of the most deprived working-class communities in Belfast, Newtownabbey, Londonderry and Carrickfergus. Although the border question is an important issue that could be the cause of the outburst, the lack of direct involvement of the paramilitaries, some of whom have issued calls for a return to calm, throws cold water on this rather easy answer. Furthermore, what would be the connection between a bureaucratic-economic mechanism and the demographics of the Shankhill and Tiger’s Bay areas? 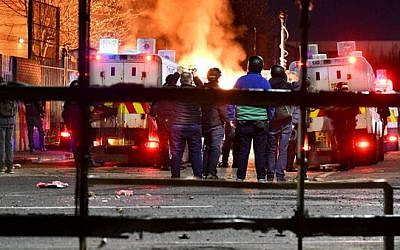 It is my opinion that these events were merely a top-up of fuel and a strike of the match to ignite the powder keg that has been waiting to explode, and that the answer is more complicated than at first glance.

It has been 23 years since the Good Friday Agreement brought peace to Northern Ireland. Even though it is still supported by an overall majority of the Unionist Protestant and Nationalist Catholic communities, and all major Northern Irish parties, there is a sentiment in specific Unionist hot spots that the Good Friday Agreement has in fact worked in favor of the Nationalists. For these Unionists, their communities remain steeped in poverty as the promises for better jobs, housing and more investment have failed to materialize. Their political majority in the Northern Ireland Assembly has been forced into a constitutional, mandated, power-sharing partnership with the Nationalists. IRA terrorists have been given amnesty and encouraged to assume pubic office, while their friends and relatives who served in the Royal Ulster Constabulary or the armed forces face threat of criminal prosecution. Meanwhile, the Republic of Ireland has been given an official role in Northern Irish affairs, and the Union Jack has been removed as a permanent fixture of Belfast City Hall — in what is seen as an erosion of British identity. Two decades have passed and the deprived working-class Unionist communities have become poorer in matters of pride, political power, and national sense of self-value while the Nationalists, as they see it, are all the richer.

The lack of action against Sinn Fein for Bobby Storey’s funeral last June, and the PSNI’s involvement in the arrangements of the said funeral, is viewed as proof of anti-Unionist two-tier policing. The customs’ border in the Irish Sea is regarded as proof of the advancement of the Nationalist cause to disconnect Northern Ireland from the rest of the UK and merge it with the Irish Republic. The concern of a merger with the Republic has been highlighted due to a number of factors: the eradication of the Unionist political majority in Northern Ireland, the rise of Sinn Fein in the Irish election last year, and the UK census taking place this year which may conclude that the population of Northern Ireland is now split 50–50 or there may even be a Catholic majority. All these factors contribute to the fear that a referendum on a United Ireland is not only inevitable, but also imminent.

Meanwhile, Unionist parties, organizations, paramilitaries, community, and local faith leaders have called on the youths to stop the violence. Following the death of Prince Phillip, they made a second attempt by appealing to the rioters alleged royalist sympathies. Although there are fewer rioters, the disturbances have continued. In my mind, this lends weight to the argument that these are not “regular” riots. The rioters may come from a Unionist Protestant background, but they do not see themselves represented by the mainstream Unionist movement – the movement that signed the Good Friday Agreement promising a better future and a safer union with the rest of the United Kingdom.

Another factor that has been suggested by Newton Emerson, a Northern Irish political commentator, is the police crackdown on criminal activity in those Unionist communities. Much of this criminal activity has been coordinated by off-shoots of the various paramilitaries who, since the Good Friday Agreement and low demand for ideological Unionist direct action, have turned to the world of crime and internal policing. According to this theory, the riots are an attempt at political extortion aimed at Northern Ireland’s law enforcement and political establishment — leave us alone or risk a new cycle of sectarian violence.

The phenomenon of what can be called “the left-behinds” — people who feel that their country has moved on while leaving them in the dust — is not solely limited to Northern Ireland, or as a matter of fact to the UK. It is an issue that many countries in the Western world face today. However, when it comes to Northern Ireland a simple, all encompassing, Unionist Protestants vs Nationalist Catholics scenario is often quickly embraced. This leaves the deep-rooted problems untreated until the next douse of fuel has been poured and the match has been struck.

In two years from now, it will be 25 years since the Good Friday Agreement, and a whole generation that did not experience The Troubles will have been born. While the hope is that as part of the commemorations the “peace walls” would be brought down, symbolizing the no-return to sectarian living, this latest wave of rioting shows that much work is still needed.

About the Author
Yaniv Ben David is a political science student at The Hebrew University of Jerusalem, with a focus on comparative politics. Interested in the history and traditions of British politics.
Related Topics
Related Posts
Comments