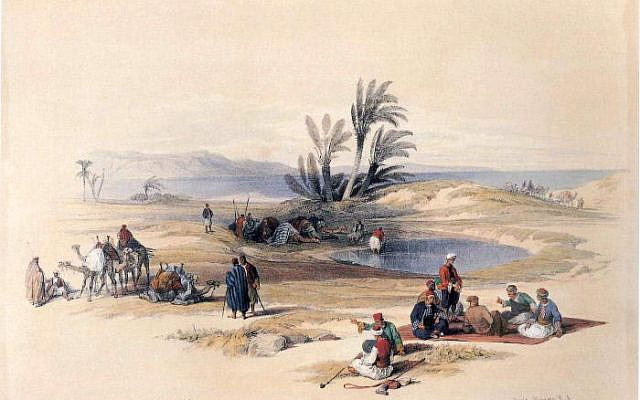 What is the impetus for Avimelech to force Yitzchak to leave Gerar?

Avimelech has always been a very agreeable person to the family of Yitzchak. When Avimelech’s city was punished due to the deception of Avraham with his wife, he forgave him and requested Avraham remain in his land (Breishit 20:15). Later when Yitzchak commits the same deception with Rivka again Avimelech excuses him and he is allowed to persist in the land (26:11). It seems that Avimelech appreciated the presence of these men in his community or at least tolerated them. The most obvious reason would be the financial benefit for the community to have a very wealthy and influential person in their midst. Yet, now as Yitzchak is reaping a large harvest relative to the rest of the community, suddenly that wealth is seen as a threat and Avimelech seeks Yitzchak’s expulsion.

If Avimelech were jealous of Yitzchak’s success and power then an alternative option could have been to impose greater taxation or fees upon Yitzchak’s estate to extract some of that wealth for himself. We see from 26:28 that Avimelech recognizes that Yitzchak’s success is of divine origin. Presumably implying that previously Avimelech did not perceive Yitzchak as divinely endowed but rather simply a financial or political threat. Furthermore, Avimelech’s later supplication for peace with Yitzchak (26:28-29) stands in contradistinction to that of the people of Gerar.  Every time Yitzchak tries to set down a foundation for his family and business by establishing a well, the people of Gerar seize control and force him even farther from Gerar (26:20-21). He is displaced as far as Rechovot (26:22) at which point the people of Gerar are appeased and Avimelech sues for peace. The text emphasizes that the people of Gerar had previously sought to harm Avraham by closing his wells, suggesting that the farmers of the land held special contempt for Avraham and his business enterprises (26:15,18). Afterall, farmers in the Levant don’t need wells as much as pastoralists. The people are concerned by the effects of Yitzchak on them due to his proximity, whereas Abielech is concerned by Yitzchak’s proximity and distance.

A combination of factors seems to have contributed to this complaint. First the people of Gerar grew jealous of Yitzchak’s success. Bolstered by his remarkable agricultural yields, he grew in stature and wealth with sheep and cattle (26:12-14). Avimelech himself provides the ultimate motivation for expelling Yitzchak, because “you atzamta from us greatly” (26:16).The word implies a great hindrance by Yitzchak’s presence upon the community that affects both Avimelech and the people. Therefore, what did Yitzchak do that hindered the people of Gerar in a way that he had not before, nor did his father before him.

The economy of the Levant consisted of a mixture of agrarian, pastoral and fishing communities with supplemental commerce and textiles. Fishermen were relegated to the coast and merchants and craftsmen relied on city centers. The offended people of Gerar were likely a  combination of pastoralists and farmers. The pastoralists would have been hindered by competition for grazing land against Yitzchak’s herds as well as prohibited from the fields already being sown by Yitzchak. Economically, a sudden influx of one hundred times the normal yield onto the market would have drastically reduced prices. Local farmers would have been justifiably upset at the sudden devaluation of their own crop and primary means of survival. Especially when the culprit of this sudden market destabilization was someone who was by family heritage and profession a pastoralist, already very wealthy, and even worse, a first time farmer. This was likely crippling to the economy of Gerar which would have seen a collapse of agricultural value, essentially hindering the majority of Gerar from their livelihoods.

Motivated to prevent such an economic calamity from recurring, the people of Gerar needed to expel Yitzchak as far away as possible outside their economic boundary. Therefore, on behalf of his people, Avimelech acquiesced and requested Yitzchak leave the city. However as a leader, Avimelech knew he was losing control and influence over a powerful presence in the land. This is why Avimelech sued for peace almost immediately after expelling Yitzchak. Furthermore, this explains why the people of Gerar weren’t content simply with Yitzchak’s expulsion from the city, he was also forced to leave even the valley of Gerar all the way to Rechovot, attempting to reduce his potential to influence their local economy.