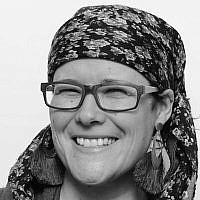 The Blogs
Desi Yishay
We are what our thinking makes us...
Apply for a Blog
Advertisement
Please note that the posts on The Blogs are contributed by third parties. The opinions, facts and any media content in them are presented solely by the authors, and neither The Times of Israel nor its partners assume any responsibility for them. Please contact us in case of abuse. In case of abuse,
Report this post. 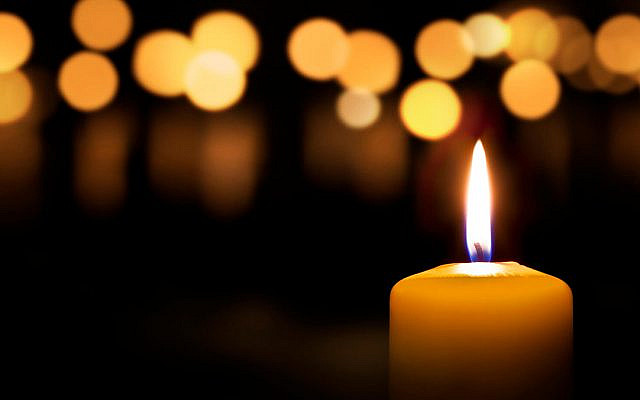 I’m utterly embarrassed to share with you that Yom HaShoah has alway typically been a day that I tend to evade. I commemorate the day and give it the due respect. Of course, when working in education that’s what one does…

But I don’t like to watch movies about this ghastly time in our history or read stories about kids during the Holocaust. I don’t want to hear about the horrors of what previous generations went through, or even the terror that survivors (and children/grandchildren of survivors) still go through today.

I avoid this day and everything it entails not because I am callous. I do this because I feel too deeply. I have immense empathy for anyone remotely connected to WWll and I am incredibly disturbed by details of that dark period. Psychologically speaking, I very naturally place myself (and by extension my family) in those same twisted situations just to try conceptualise how they may have felt to me. And that is what breaks me! The absolute cruelty, the obscene hatred and lack of simple human ethics – it’s too heavy a burden for my soul to bear, it breaks my natural loving spirit and caring nature. It completely and utterly breaks me.

Until a year ago…

Exactly a year (13 months) ago on kaf vav Nisan, my beautiful daughter – Shira – was welcomed into this world. On Yom HaShoah! And I will never forget that experience for the rest of my life.

Shortly after 9:35am, Shira was safely delivered via c-section at the Hadassah Ein Kerem hospital in Jerusalem. After a quick clean-up, my daughter was accompanied by my husband to the “tinokiya” where one of the incredibly dedicated nurses held my daughter during her first Yom haShoah siren. A gorgeous new addition to Am Yisrael at just a mere 15 minutes old. Such a powerful moment that it brought both the nurse and my husband to tears. 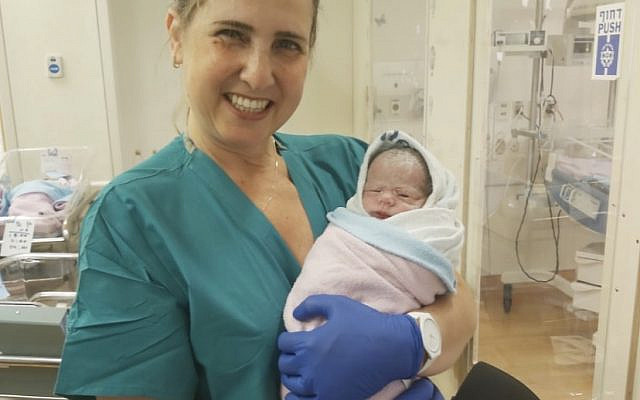 Just to think that all these years later, on the very day that we commemorate the 6,000,000 Jews murdered during the Holocaust, on this very same day, every year, during that minute of piercing silence, there are beautiful new Jewish neshamas adding their footprint onto the path of survival. The power of that can just blow one’s mind.

In the meantime. During that same siren last year, I also had tears in my eyes. I was so very moved by my fervent tefillot when that siren rang out, and of course it was precisely at that moment that I understood what HaShem’s answer to my prayer was.

You see, during the operation, I started haemorrhaging. I lost almost 5 units of blood. Soon after my husband and daughter left the operating room, senior medical back up was called in and the next few minutes were very intense. I heard the concern in the doctor’s voices, saw the worrisome look in their eyes and felt out of breath as my brain got foggy. Just moments before I passed out, I was given the blood transfusion that saved my life, and between that instant and the 2 minutes it took to get the bleed under control – I spoke to HaKadosh Baruch Hu. I told him, out loud, that I knew that his plan for me and my brand new baby was not for me to never get to know her, or for her and my other four children to grow up without a mother. I told him that I trusted the hands that were meticulously working inside of me. I told him that I was patient and trusted that although I didn’t know the reason for having to go through this experience, I may one day find out why it was necessary and understand the bigger process.

Just as I uttered the word בבקשה, I heard the siren and just knew I was going to pull through. After that painfully long minute ended, Dr. Porat declared that the bleed was under control and that everything (as I already knew) was going to be ok.

The tefilla. The siren. The tears. The miracle. The relief. Thank you!

The siren is not just an eerie sound that marks a minute of national mourning.

It’s a symbol. A promise. A truth.

It’s the backup of an entire army that will never allow the atrocities of the Shoah to occur ever again. It’s the pitter patter of millions of young Jewish feet – a reminder that the plan to eradicate Jews from the world didn’t actually come to fruition.

It’s the ultimate Jewish insurance that although taxes may be high and the government may not please everyone, we have a place to call home and that that home is safe!

And lastly, it’s a bracha. An awesome privilege to stand and feel so very deeply – the sadness, the loss, the empathy and the love. So much love for what we stand for and who we represent – עם הנצח!

Happy first birthday my dear Shiraloosh, and wishing you a meaningful Yom HaShoah. 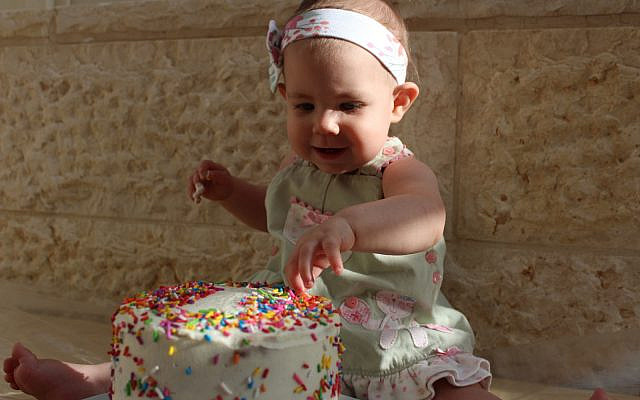 Efrat, April 2022
About the Author
Born in South Africa and educated by the impeccable ideals of Bnei Akiva and the South African Jewish community, Desi has been intensely involved in the education of Jews of all ages around the world for over 20 years. Recently returned to Israel, Desi is the principal of YTA Girls High School in Jerusalem and lives in Efrat with her husband and 5 children.
Comments