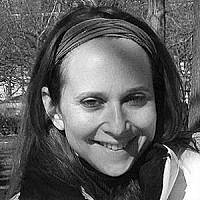 The Blogs
Sorelle Weinstein
Apply for a Blog
Please note that the posts on The Blogs are contributed by third parties. The opinions, facts and any media content in them are presented solely by the authors, and neither The Times of Israel nor its partners assume any responsibility for them. Please contact us in case of abuse. In case of abuse,
Report this post. 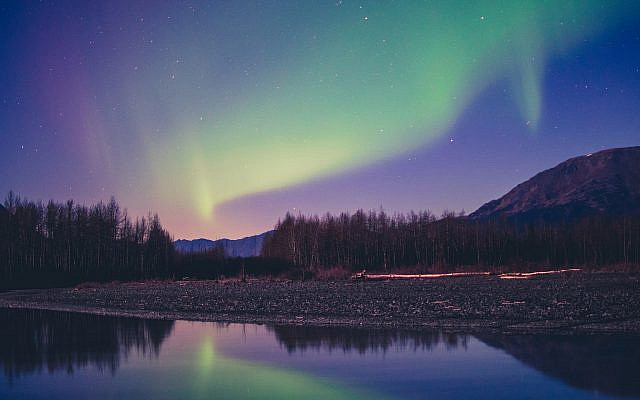 Photo by McKayla Crump on Unsplash

I love the show Northern Exposure. For those of you who don’t know, it was a wonderful television show that aired in the US on CBS for six seasons from 1990-1995. I don’t know if it was ever on the air here, but I loved it as a kid. In fact, I loved it so much that I shlepped the entire six seasons on DVD back from the States one time, sacrificing valuable second suitcase space to their parka-wrapped bulk.

Although the main character, a fish-out-of-water Dr. Joel Fleischman (played superbly by Rob Morrow), is a Jewish doctor stuck in Alaska, there aren’t a lot of episodes with Jewish storylines. The few notable exceptions are an episode where Joel dreams Elijah the prophet teaches him a lesson about objective reality, another when Joel is disturbed to find that there are no other Jews anywhere near him in Cicely, Alaska, and still another where Joel tries to overcome his aversion to having a Christmas tree.

But on a recent rewatch, I came across an episode I had forgotten. In this episode (Season 4, episode 22), “Kaddish for Uncle Manny”, the townsfolk of Cicely, whom Joel has lived amongst and treated, band together to try to find 10 Jewish men for a minyan so Joel can say kaddish (Jewish mourner’s prayer) in honor of his recently deceased Uncle Manny. The episode shows Joel’s friends and neighbors bringing in Jews of varying and diverse backgrounds from all over Alaska until they are only short two Jews for the minyan. If you don’t want the episode spoiled, skip to the end of this paragraph. Joel decides he doesn’t need a minyan of Jewish strangers to say kaddish and would prefer to pray with the friends and neighbors who are his real community.

The first time I watched this episode I remember feeling the warmth of universal love spread through my heart and I remember being touched that Joel learned the true meaning of Judaism. Like the Grinch learning the true meaning of Christmas, Joel discovers that what Judaism is really about is good fellowship and comfort, not about the common customs and history that he shares with random strangers from around the world.

But this time I am not the same idealistic teenager who watched this episode and the world is not what it was not that long ago. This time around I am older, a bit more experienced, have a lot more responsibility, and have gained a slightly different perspective about this episode.

But first, one more story. A couple of years ago, my wife and I took a vacation to Cyprus with our youngest daughter. It was the first time we had ever been there and after touring around the island during the week we spent shabbat in a kosher hotel in the coastal city of Larnaca. As on most trips abroad we tend to try to avoid being around Israelis or Jews when we vacation. I know, we’re horrible anti-semites. But as anyone who has children or lives with their family knows, sometimes it is nice to get away. But when Shabbat came, I found myself visiting the Chabad center nearby and davening Kabalat Shabbat with more than a minyan of strange Jews from all around the world. While I was praying there and singing with these people, my fellow Jews, my family, I reflected that the best thing about being Jewish is that wherever you go in the world, your people, your family are always there if you need them.

Dr. Fleischman correctly believed that the essence of Judaism is maintaining a connection with your community. He rightly thought that his friends and neighbors are the people with whom he felt emotionally connected and with whom he would want to share the rituals of Jewish grief. But he lived with those people. He treated them. He ate with them and danced with them and celebrated with them over 4 years. And they did care about him. But 7 strangers who never met him traveled to his side not because of the personal time and effort he expended on their behalf, but merely because of their common history and their common culture. They were there when he needed them because of the eternal bond of their shared heritage rather than the temporary exigencies that threw them together.

There is good tribalism and there is bad tribalism. The common wisdom nowadays among the social and cultural elites is that all tribalism is bad. But tribalism is inevitable. We see it in the streets and on the campuses and in business and in science. Humans inevitably try to cluster together because there is strength in numbers. What people are seeking when they form these clusters around ideas of universality and pluralism is what they lost when they turned away from national and ethnic group identity. And that’s not necessarily a bad thing. But what Joel forgot when he donned his tallit and said the Kaddish prayer among his non-Jewish community, was that he only had this ritual outlet for his grief because his uncle, his great-uncles, and all his Jewish ancestors committed to an eternal unbreakable bond to always perform this ritual as it is prescribed – with 10 Jewish men over the age of 13. They maintained this commitment for centuries to ensure that if ever one of their grandchildren was stuck in Cicely, Alaska, and he needed them, they or their descendants would come and comfort him.

Joel was lucky. He had non-Jewish neighbors who liked him and cared about him. If history has shown us anything, it is that we aren’t always so lucky. This isn’t a paranoid xenophobic appeal to insularity. It is a reminder that family is family and that ties of blood and history do matter. Even in the middle of Alaska.

About the Author
Sorelle Weinstein is Content Manager for Nefesh B'Nefesh. Previously, she worked as a book editor for eighteen years specializing in works of Jewish interest. She lives in Rehovot with her husband, three daughters, and Golden Retriever, Cadbury.
Related Topics
Related Posts
Comments