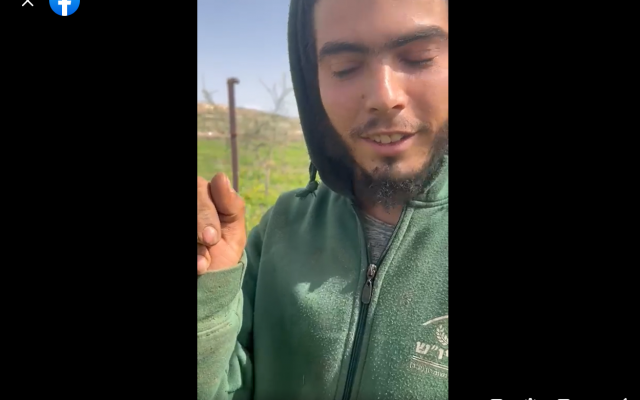 Many of you know of my long time unease with Shabbat Zakhor. According to Orthodox halakha, there is a particular obligation to publicly hear the command to wipe out the memory of Amalek on the Shabbat before Purim. The ironic karma was that Zakhor was my daughter’s Bat Mitzvah portion many years ago. Many times I have recalled Rashi’s warning that our acting in a discriminatory manner (eifa v’eifa) brings about an attack from Amalek, and Rabbi Shimshon Rafael Hirsch’s admonition that we Jews must also avoid the temptation to act like Amalek. Last year, I connected this to the differing lessons that various Jews derive from Jewish history, not realizing how prescient this was.  Today, I am horrified by the abuse of Jewish memory in order to justify the “a plague on both your houses” approach to the Russian war against Ukraine.  I will also add an afterward on how a Palestinian landowner was arrested and discriminated against this week when complaining about settlers on his land, and how I am writing from now from where settlers threatened a shepherd. The same settler from the illegal even according to Israel Ma’aleh Ahuvia outpost was involved in both events.

I thankfully know very few people who are actively taking Russia’s side in this conflict.  Even if one believes that Russia has legitimate concerns about NATO, war is not the answer.  It is more common to hear the “a plague on both your houses” position. Israel should remain neutral not just because of our dependence on Russia for us to enter Syrian airspace to attack Iranian and Hezbollah targets, but because of Ukraine’s anti-Semitic past.  Unfortunately, the belief that Amalek is our eternal enemy feeds the mindset that a country or a people with an anti-Semitic history are to be shunned forever.  They can never change, they are never to be forgiven, we should not be extending aid of any sort, we certainly should not be giving them refuge, and they deserve whatever befalls them.  Everything is to be viewed through the prism of the  perpetual war against the anti-Semites ready to pounce at any moment. Our obligation to protect the human rights of fellow human beings is to be evaluated according to how their ancestors have treated us in the past.

I also believe that anti-Semitism must be fought, but it is not the only lens through which I view the world. I also care about the welfare of fellow Israelis, and we demonstrated this week outside the home of New Hope Party chair Gidon Sa’ar because of our concern about public housing and his responsibility because Housing Minister Zeev Elkin is from his party. But, I don’t care only about Jews..

I do think that Amalek has something to teach us about this war. To quote Rabbi Hirsch yet again this year, the spirit of Amalek is alive and well among those who glory in war:

“Blot out the memory of Amalek
Not Amalek, but the memory and fame and glory of Amalek. This endangers the moral future of humanity. As long as the history books will glorify military heroes…as long as people will want to emulate them.”

And lest we forget Rashi’s warning, I am still reeling this week from a blatant example of eifa v’eifa.  A Palestinian landowner from Dir Jarir was confronted by settlers on his land, I called the police, and the landowner spent the night in jail.

The landowner sent me this video of him asking why the settler is on his land, and called me. I warned him to move away. On May 30th he also told settlers to leave his land, the settlers called their friends, and initiated a pogrom-sending an elderly man in his seventies to the hospital and trashing cars.  I contacted the police and army, and the landowner and a second Palestinian hesitantly returned to meet them.

I told him that now that the police had arrived, he was safe.

The landowner told me that the officer didn’t even ask the settlers for ID, but did manage to check his license plate and arrest him for driving in a stolen car.  I heard around 16:30 that the landowner had been arrested, but was told by the police not to worry. They understood that the landowner hadn’t known the car was stolen, and he would be released quickly.  The two Palestinians waited hours to be questioned. Around 22:30 the landowner was sent to the Ofer military prison for the night, and around 23:00 I was allowed to take the second Palestinian home. The next morning the prosecution quickly agreed to release without arraignment, understanding they had no justification for holding him.  However, because Palestinians are only released from Ofer at set times, he spent the rest of the day in Ofer. I received the word that he was out at 17:30.

As l said directly to the investigator, a Jew would not have been treated this way.  Rather than arresting and shackling the car owner and the second Palestinian simply driving with him, he could have been asked to come in for questioning at an agreed upon time.  While there was a problem because no Arab speaking investigator was present, a quicker solution could have been found. The investigator himself told me it was a judgement call whether or not to keep the landowner overnight. I even wonder whether a Jew’s license plate number would have been checked in situation like that.  Certainly somebody who just happened to be in a car allegedly stolen months earlier would not have been arrested.

Wednesday was the fourth complaint submitted by this landowner, including one earlier this week.

The uncomfortable question arises whether the two Palestinians were treated this way in order to send a message to Palestinians not to dare to try to defend their lands.

Finally, I was in the police station today accompanying additional landowners complaining about harassment and trespassing on their lands.  I received a desperate call from a shepherd who said that settlers had arrived and were harassing him. I was in the station, but the rules are that I had to call the emergency number.  As ping pong ensued between the station and the emergency number, I simply race to get there.  The police never arrived, and I didn’t have any expectations from the army. The shepherd said that the settlers hit two sheep with stones.

The reason why we are taught to remember to blot out the name of Amalek forever is  because Amalek attacked the weak and the helpless stragglers.

Rabbi Hirsch admonishes us to remember not to act like Amalek or admire those who so. May Shabbat Zakhor remind us of our obligation at home and around the globe to protect those whom others would attack, to treat all human beings equally, and to work for a world in which conflicts are not solved through war.