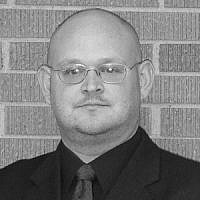 Nobody was more surprised about America’s new stance in the Middle East than Barack Obama himself. Back in 2009, he was Mr. Internationalist, and there was no problem that wouldn’t simply melt before the intense heat of his radiant charm. He won a Nobel Peace Prize for being Barack Obama.

Then, Syria happened. Obama laid down Red Lines. The Assad regime danced over them. When Obama started talking about punitive strikes against the regime for using chemical weapons, the American people balked at another pointless debacle in the Middle East, the sort of thing Barack Obama was elected to prevent. He was forced to climb down, and has since then taken Bismarck’s admonition that politics was the art of the possible to heart, and has stopped trying to do the impossible in the Middle East.

In the wake of the Iranian nuclear deal, American State Department officials no longer speak of demands for Assad’s resignation, but of his assuming a “transitional role.”

The Assad regime has survived four years of civil war, during which it maintained the loyalty of the bulk of the army and enough popular support to keep the government and its ministries functioning.

The increased Russian presence in Syria has been described as “propping up what’s left of the Assad regime” by some neoconservative commentaries, but I’m afraid the reality is that Assad has managed to keep his opponents at bay, and with no realistic alternative – despite John McCain’s protestations, there are no moderate rebels in Syria – his regime will be allowed to remain in the interest of reducing the tide of refugees stemming from the civil war. Since progress is impossible, let’s promote stability – that’s the new thinking.

Ex-CIA agent and author Robert Baer essentially predicted renewed relations between the US and Iran in his book “The Devil We Know: Dealing with the new Iranian Superpower” all the way back in 2008.

Once you’ve examined Baer’s claims and predictions, current news of US-Iranian conversations on Syria are no longer all that surprising. Nor is it surprising that the Israeli Prime Minister’s pleas to contain Iran ultimately fell on deaf ears. This isn’t a case of abandoning Israel as was claimed by Neocons, Evangelicals, etc…, but a re-balancing of strategic goals away from impossible progressive goals and towards relative preferences – a sort of triumph of the lesser evils. Disheartening, but there is no alternative.

So, what are America’s new goals in the Middle East?

One: NO. GROUND. TROOPS. PERIOD.

The American people will not tolerate another massive ground operation in the Middle East. It has been highlighted for us that such operations are unlikely to be successful. ISIS would probably like nothing more than a US-led ground assault against them; they’d have a real enemy to fight and a recruiting tool like no other.

After the failure of the Arab Spring, extremists of all stripes have been saying that this failure was definitive proof that democratic action doesn’t work; the Twitter revolution was tried and it failed, because the only way forward is Jihad. This call for mass arson against civilization and peace has worked far too well, with a stream of nihilists and antisocial personalities with persecution complexes running to their banner. This would only be amplified by direct ground operations by America. “The West hates Islam, they want to destroy it, that is why your life is terrible, so come join us!” Ultimately, this sort of lunacy can only be stamped out by other Muslims. We can defend against it, but trying to attack it will only make it more virulent.

Assad is a dictator, sitting at the top of a police state, as well as a Russian/Iranian ally, or perhaps client. But prior to the civil war, there weren’t four million refugees piled up in camps or making their way towards northern Europe.

Further, if he were toppled there is no guarantee that anything productive would develop. In all probability the country would descend into further madness. Besides, there is no real method to topple Assad apart from direct foreign intervention, meaning an American invasion of some sort, which is absolutely out of the question.

So, American attitudes towards Assad have shifted from demanding he step down to acknowledging the need for his cooperation in a “transitional” role. Transitional in the sense that he’ll stay in power until he “transitions” of natural causes on his deathbed, probably. Disheartening, but there is no alternative at the present.

Benjamin Netanyahu repeatedly stated that the alternative to the Iran deal was not war, but a better deal. It played well to Republican audiences, but made absolutely no difference. It made no difference because the Iranian nuclear deal is but a small part of America’s shift toward diplomatic initiatives and away from force in the Middle East.

The deal, flaws and all, is a precedent; it is something upon which the US and Iran managed to come to agreement, which is a feat unto itself. It is, perhaps, something that can be built upon in the future for the mutual benefit of our two peoples.

Mr. Netanyahu also took time to mention Iran’s growing influence in the region, tacitly urging a push-back against them on multiple fronts – Yemen, Iraq, Syria, Lebanon. The problem is that the American strategy cannot be achieved if Iran, a nation of 70 million people and one of the few in the region not racked by civil war, is left completely out in the cold.

It drives the Israeli government crazy, but if direct American involvement in the Middle East is going to be reduced, there is no choice but to re-examine dealing with the Iranians. The Iranians, if they want to participate in the 21st Century, will have to come to terms with America as well; they will remain an antagonist, but dealing with antagonists is part of Power Politics.

Benjamin Netanyahu may look back longingly at the time when the United States fought wars to spread democracy and had 150,000 troops between Israel and Iran, but those days are gone and no speech to Congress can roll back the clock. But, the American-Israeli alliance will endure, because it is America‘s will that it endure. So, Israel will not be abandoned; it will be dragged, kicking and screaming if necessary, into the new regime of Realpolitik in the Middle East.

About the Author
Factory Worker with a Law Degree. Occasional Writer. Bored at Work.
Comments