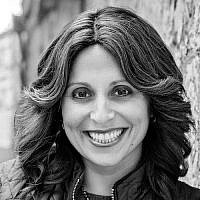 The Blogs
Aleeza Ben Shalom
Founder, Soulmate Clarity
Apply for a Blog
Advertisement
Please note that the posts on The Blogs are contributed by third parties. The opinions, facts and any media content in them are presented solely by the authors, and neither The Times of Israel nor its partners assume any responsibility for them. Please contact us in case of abuse. In case of abuse,
Report this post.

The holiday of Passover is around the corner. Passover is known as the holiday of freedom. The Jews were slaves in Egypt and then they were free. And yet, right after that, they accepted upon themselves the entire Torah—with hundreds and hundreds of restrictions! How is that freedom?

To me, this sounds a little like a relationship or marriage. First everything is exciting and carefree, and then there are rules and restrictions. Why do we sign up for that?

My client John was talking about wanting to settle down…but he was a serial dater. As soon as he started dating someone with the potential for more, he would back away and look for someone new. His actions didn’t line up with what he was saying. When we talked, we discovered that he was worried about losing himself, his identity or his independence in a relationship.

John’s not the only one. Many people worry about these same things. Relationships, marriage, commitment…for many, these sound like the opposite of freedom. We’ve all heard of a spouse referred to as “the old ball and chain”—that sure doesn’t sound free!

However, Judaism teaches us that true freedom means setting healthy boundaries in order to focus yourself and achieve your greatness. Those who focus on one person are able to build a great relationship and great marriage, while those who choose not to focus on one person end up building nothing memorable or long-lasting.

Freedom is often found within boundaries. For example, if you were playing catch in an open, public area, would you feel free to throw as hard as you wanted? No; you would be afraid that the ball might hit someone, damage something or roll into the street, so you would contain yourself. On the other hand, if you were playing in a fenced area, you could go crazy within those boundaries because you would feel safe to throw as hard as you wanted to. We’re free to drive, but we have to be trained, tested and licensed first—and for good reason!

The holiday of Passover is all about freedom within boundaries. As soon as we became free from physical slavery, we were given rules and restrictions—because true freedom often requires a framework. In a good relationship, there is a framework for our behavior that allows us to feel more able to be ourselves. When someone is wishy-washy about their relationship, they don’t feel free to be themselves. If you’re constantly worrying about whether they will call you or not, whether the relationship is serious, when it will become official, etc., then you can’t possible enjoy the freedom of relaxing and being yourself. If there is a framework—a mutually beneficial and committed relationship—then both parties can be themselves, share themselves, and develop emotional intimacy with one another.

Relationships need a balance of freedom and restriction to bring about the ultimate goal—one-on-one connection. Too much restriction is not good for anyone, but, as Passover teaches us, neither is too much freedom. Too much freedom leads to a lack of boundaries and commitment, which in turn restricts the growth of a relationship.

In every Jewish holiday, we remember the past but we also focus on the future. Now that we are free from being slaves in Egypt, what will we do with that freedom? The Jewish people chose to take on the commitment of a marriage to God and the Torah. Were there rules and restrictions? Yes. And within that framework, they were able to grow and thrive and become closer to God.

The same is true of our relationships. By committing to a framework, we are giving the relationship the freedom to grow.

May your relationship boundaries bring you freedom and comfort.

About the Author
Aleeza Ben Shalom is a professional dating coach, author, in-demand speaker, and an expert in soulmate clarity. She helps marriage-minded singles in a relationship go from uncertainty and overwhelm to finding the clarity they need to confidently determine whether this is the ONE or if they should be done. Aleeza and her team guide singles through the steps to become engaged—regardless of age, affiliation, or stage in life. A regularly featured expert in the media, Aleeza's relationship advice has appeared everywhere from BBC World News, to NPR to Aish.com. Over the last 10 years, she has trained 100+ dating coaches and shadchanim, and has helped hundreds of singles manifest their soulmate. Aleeza is a dedicated wife and loving mother of 5 children and one lovable dog. Aleeza's lifelong dream of Aliyah came true March 1, 2021. She and her family reside in Pardes Hannah, Israel. To learn more visit: MarriageMindedMentor.com SoulmateClarity.com
Related Topics
Related Posts
Comments 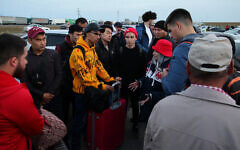 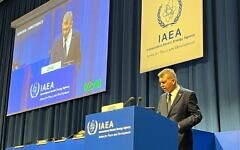