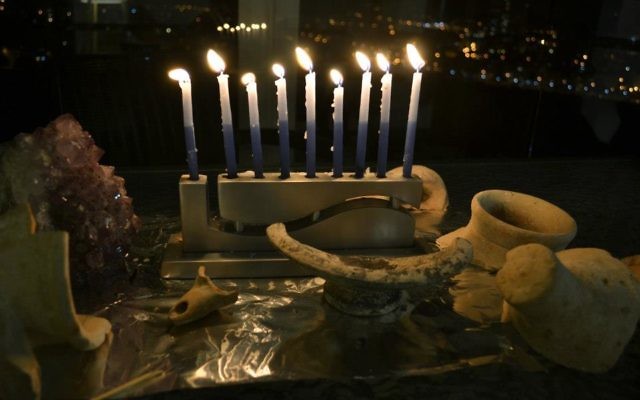 What really happened on Hanukkah?  Each of the four main ancient sources on the events of Hanukkah – I Maccabees, II Maccabees, Antiquities of the Jews, and the Talmud – has a different version of the emotionally charged culmination of the first stage of the Hasmonean revolt, the rededication of the Temple by Judah and his followers. Therefore, the exact nature of the miracle of Hanukkah and the reasons for it are viewed differently in each text. 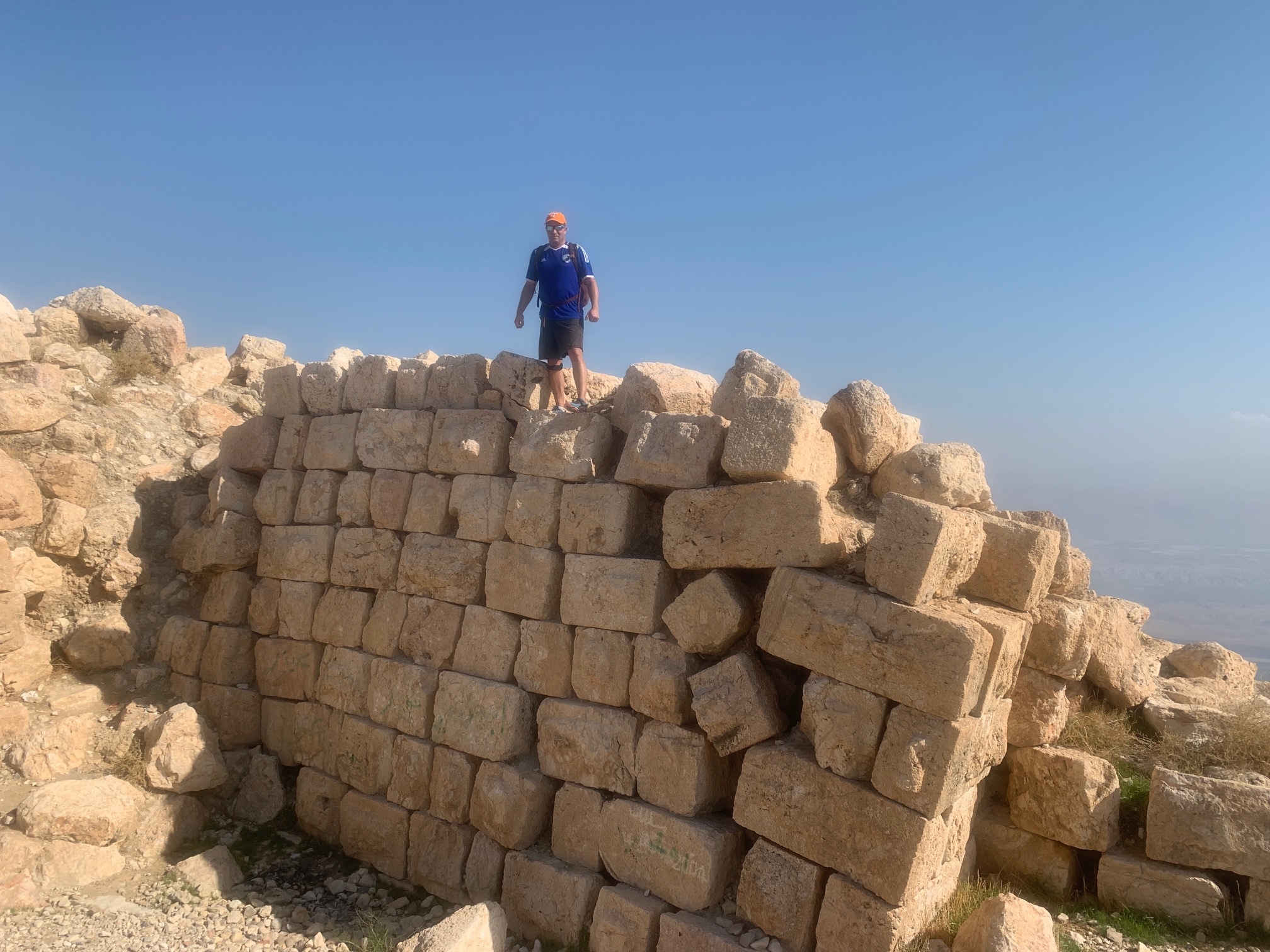 The only primary contemporary sources are the two books of the Maccabees.  I Maccabees was written during the Hasmonean period sometime after 135 BCE and was probably commissioned by the ruling family. This book was not included in the Jewish Bible by the Rabbis and became part of the extra-Biblical collection known as the Apocrypha. However, the surviving Greek translation of the book was included in the Christian Bible. The account in I Maccabees does not refer to miracles, mention the name of God (rather the term “He” or “Heaven” are used), or attribute the military victory of the Maccabees to their faith in God. Instead, it is a panegyric for the ruling Maccabee family and extols the military prowess of Judah.

II Maccabees is closer to the biblical style, with its description of direct divine intervention and open miracles. This book was written in Greek for the Jews of the Diaspora, specifically the large and distinguished community in Alexandria, by one Jason of Cyrene, of whom nothing is known. It covers the years before the coronation of Antiochus IV in 175 BCE, to Judah’s defeat of the Greek general Nicanor around 164 BCE. Rreligion plays a more important role in this book, and the story of the martyrdom of the seven sons of the Jewish woman, later known as Hannah, receives extensive treatment. Although this is a book about a Jewish story, it is written in the spirit of Hellenistic historiography, whose purpose was to entertain as well as inform the reader.

The first book of Maccabees (I Maccabees 4: 52–59) describes the ceremonies as lasting for eight days:

Early in the morning on the twenty-fifth day of the ninth month, which is the month of Kislev, [164 BCE], they [the Maccabees] rose and offered sacrifice, as the law directs, on the new altar of burnt offering which they had built…There was very great gladness among the people, and the reproach of the gentiles was removed. Then Judah and his brothers and all the assembly of Israel determined that every year at that season the days of dedication of the altar should be observed with gladness and joy for eight days, beginning with the twenty-fifth day of the month of Kislev.

This was probably intended to mirror Solomon’s dedication of the First Temple (I Kings 8:1–2), which took place during the eight-day holiday of Sukkot:

Then King Solomon summoned into his presence at Jerusalem the elders of Israel, all the heads of the tribes and the chiefs of the Israelite families, to bring up the ark of the Lord’s covenant from Zion, the City of David. All the men of Israel came together to King Solomon at the time of the festival [of Sukkot] in the month of Ethanim (Tishrei), the seventh month.

There is no mention of a cruse of oil that miraculously burned for eight days or of the nine-branched menorah (Hanukkiah) that would become a central feature of the festival. The book is about renewing the Temple cult and cleansing the Temple from defilement.

The second book of the Maccabees (II Maccabees 1:1–36) describes Hanukkah as a Sukkot of the winter and as a “festival of the fire.”

This book begins with an epistle directed to the Jews of Alexandria exhorting them to keep an eight-day festival, a Sukkot of winter, complete with the “four species” (Lulav and etrog) to commemorate the Maccabean victory, the rededication of the Temple, and a miracle. However, the miracle referred to here was the sacrificial fire that Nehemiah found almost three centuries before the Maccabean rededication.  In this source as well, the cruse of oil and the Menorah are not mentioned.

Possibly the festival of fire was referring to the water libation festivities (Simchat Beit HaShoeva) which took place on the last day of Sukkot. These festivities included the descent of the High Priest to the Gihon spring in Jerusalem resplendent in all his official vestments and surrounded by numerous candles reflecting in the water. The Babylonian Talmud, compiled centuries later, comments, “He who has not witnessed Simchat Beit HaShoeva has not seen true celebration in his life.” (Sukkot 53a)

Judah and the men of his town celebrated the restoration of the sacrifices in the Temple for eight days, and omitted no sort of celebration, but made their hearts glad with expensive and splendid sacrifices. And he honored God with songs of praise on the harp, and he delighted the people. They were so very glad at the revival of their customs, when, after a long intermission, they unexpectedly regained their freedom of worship, that they made it a law for posterity to celebrate the restoration of the Temple worship for eight days. And from that day to this we celebrate the festival and call it ‘Lights.’

Josephus, who is not reticent in writing about miracles, admits that he is unsure of the origin of the name, “festival of light.” He conjectures that its origin might have to do with the regaining of Jewish freedom. Josephus fails to mention any customs relating to the observance of this holiday. He does mention that the celebration is eight days in duration; however, once again the cruse of oil and the Menorah are not referred to.

Hanukkah was the first post-biblical festival in Judaism. It is the only Jewish holiday that is not mentioned in the Mishna. In fact, even its reference in the Talmud  (Shabbat 21b) is incidental. In tractate Shabbat, during a discussion on Shabbat lights, the Rabbis mention Hanukkah in the following passage:

What is Hanukkah? The Sages taught: On the twenty-fifth day of (the month of) Kislev there are eight days of Hanukkah…for when the Greeks entered the Temple, they defiled all the oil in the Temple. When the kingdom of the Hasmonean dynasty (the Maccabees) arose and defeated them, they searched but could only find one flask of oil that was set aside with the seal of the High Priest. However, it contained only enough to burn for one day. A miracle took place and they lit from it for eight days. The following year they established them as festival days with praise [of God] and thanks.

Note that the Talmud does not say that they instituted a festival because of the military victory over the Hellenic army, but rather because of the miracle of the oil. This, the first mention of this occurrence, is in a source that was completed almost seven centuries after the events described! The Rabbis deflect attention from the miraculous aspect of the military victory, in which a relatively small number of Jews manage to defeat one of the most effective fighting forces in the world, and instead focus on the miracle of the oil, which previously had been unmentioned in any other written source.

A possible reason for this shift in focus is that the Rabbis were attempting to “demilitarize” Judaism. They were writing in an age when the Jewish people were exhausted and severely depleted numerically after a series of disastrous revolts against the Roman Empire, culminating with the Bar Kokhba Revolt (132–135 CE). The purpose of these military revolts was to shake off foreign rule and hasten the advent of the Messiah. The Rabbis felt that the way to preserve Judaism for the future was not through military revolution against overwhelming forces; rather, they emphasized study of Torah and observance of the commandments (mitzvot). This is what would bring the messianic age, which would arrive slowly, “like the dawn.”

An additional reason for this new emphasis on the miracle of the oil is that the Rabbis were probably disappointed that the Hasmoneans had morphed into what they fought to replace. The succeeding Hasmonean rulers had concentrated both secular and religious power into their hands. In the process they had become extremely corrupt and, ironically, Hellenized. The second generation already carried Greek names, such as Aristobulus and Hyrcanus. This Hellenization gained impetus through the annexation of neighboring, already Hellenized, provinces. Judah Aristobulus proclaimed himself king in 103 BCE and added Philhellene, meaning lover of Hellenism, to his name.  Some Hasmoneans even massacred fellow Jews who opposed them and their policies, including Jewish leaders, and they (possibly forcibly) converted pagans to Judaism.

Therefore, the meaning of Hanukkah evolved from a nationalistic festival commemorating the founding of the Hasmonean dynasty through military victories and the rededication of the Temple. It became a religious symbol of Jewish opposition to foreign rule and a celebration of freedom,  “in those days and in these days.”

The above article contains some extracts from my latest book, published  by Koren. “Jewish Journeys, The Second Temple Period to the Bar Kokhba Revolt, 536 BCE-136 CE.”