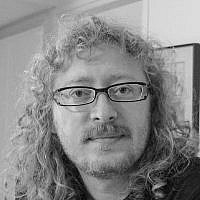 The Blogs
Arkadi Mazin
Apply for a Blog
Advertisement
Please note that the posts on The Blogs are contributed by third parties. The opinions, facts and any media content in them are presented solely by the authors, and neither The Times of Israel nor its partners assume any responsibility for them. Please contact us in case of abuse. In case of abuse,
Report this post. 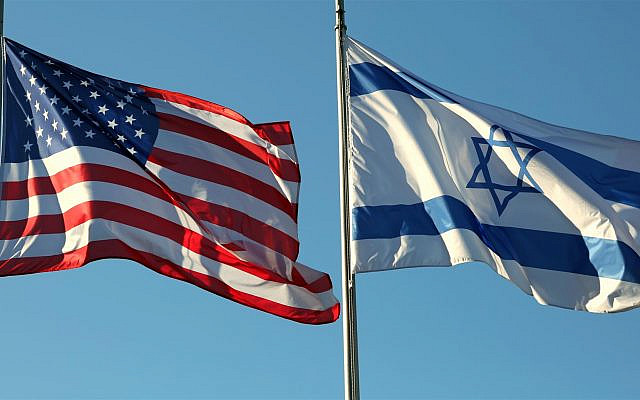 The rise of the new government is making some of Israel’s longtime friends uneasy. Apparently, a cabinet that includes open racists, bigots, and homophobes in key positions is a tad too much.

But of course, you cannot criticize Israel without first steeping it in unparalleled praise. Take one recent New York Times editorial that reads: “The relationship between Israel and the United States has long been one that transcends traditional definitions of a military alliance or of diplomatic friendship. A body of deeply shared values has forged powerful and complex bonds”.

Frankly, this talk about shared values has always baffled me. Yes, Israel is a democracy, but so are dozens of countries. There’s nothing special about being a democracy in today’s world. What values elevate Israel above other democracies, such as France or Sweden, and make it America’s best friend? Maybe we need to go back in time to find the answer?

The story of the modern state of Israel began when people who were suffering from religious persecution in Europe decided to settle in a distant land pretending it was empty because they didn’t care much for the existing population or its rights. Hmm, that sounds familiar.

Those colonists got embroiled in a conflict with the said population that was not at all excited to become an ethnic minority in its own land. Thanks to their military and economic superiority, the colonists prevailed and drove most of the indigenous population out. Expropriating their lands enabled the creation of a state. That’s beginning to look a lot like American history, so maybe these are the shared values the editorial is talking about?

From 1948 to 1966, Israeli Palestinians were subjected to military rule. During that period, their freedom of movement and expression was severely curtailed. Israel’s military regime and the US segregation coexisted in time, so could this be a shared value?

Even after the military rule’s end, the discrimination continued, with Arab cities being underfunded, underdeveloped, and robbed of their land reserves. Meanwhile, the state was carrying out segregationist policies like the “Judaization” of Negev and Galilee. That looks a lot like American “redlining,” only worse. A shared value?

Jokes aside, the esteemed editorial board probably meant the exact opposite – the hard-earned values of equality, tolerance, inclusion, and solidarity. It took America a lot of time and effort to acquire those values (of course, it’s still a work in progress). Was Israel doing nearly as well even before the current turn of events?

Naturally, we start by addressing the elephant in the room – the occupation. Yes, the occupied territories formally do not belong to Israel (which doesn’t seem to matter when someone tries to boycott the settlements), but is it enough to disassociate Israel from the decades-old oppressive military regime it has built? Do the New York Times’ best of the best really buy the “security” excuse? First, the settlements, widely deemed illegal, were not built to provide security. Instead, they require security. Second, since when does the end justify the means?

Some of the occupied territory (Eastern Jerusalem) was illegally annexed, but its Palestinian inhabitants, even those born in what Israel calls its “eternal, indivisible capital,” do not automatically receive citizenship. They are subject to discrimination stemming from the openly proclaimed goal of raising the share of Jews in Jerusalem and to extrajudicial deportation. How well does this sit with American ideals?

While it’s hard to pretend that the occupation does not cloud Israel’s shiny image of the “only democracy in the Middle East,” let’s cut the NYT board some slack here and move back inside Israel’s borders.

The US cherishes its Constitution. Israel does not have one, but it has Basic Laws. One such law, known as the Nation-State Bill, designates Jews as the state’s only true owners, despite formal equality at the polls. In line with this law, the discrimination of Israeli Palestinians continues, including in budgets, planning, infrastructure, policing, employment, and education. According to polls, 60% of Israeli Jews favor segregation, and 48% want their Arab fellow citizens forcibly removed. This is unimaginable for any other Western country.

America is built on immigration, on the idea of a political nation that can unite people of any color, religion, and ethnicity. Israel is the exact opposite – a country that is obsessively doing everything in its power, including refusing asylum and blocking family reunification, to keep its population as Jewish as possible.

Yet another pillar the US stands on is the separation of church and state. In Israel, religion is taught in schools, and civil marriages are forbidden (you can marry abroad if you have the means). Due to religious prohibition, there is no public transportation on Saturdays, so if you can’t afford a car, suck it up and spend your weekends at home. Gay marriages? Keep dreaming.

Now, of course, everything is about to get worse. In his recent column, Thomas L. Friedman warns that with Israel, “we are entering a truly dark tunnel.” I agree, but we weren’t driving past any lovely scenery before. It’s not a new Israel, it’s the same one, just more unvarnished and unhinged. Ben Gvir and the likes of him weren’t parachuted into Israel by some dark force, they were voted in by a huge chunk of the Israeli electorate. They are not an aberration but an extreme manifestation of the dark side of Israel’s soul that has existed forever.

I might sound like a hater of Israel, but the opposite is true: I still love it,

despite all its flaws, and I want it to become better. But just as with a person who is struggling with addiction (in Israel’s case – addiction to power and ethnonationalism), the ugly truth must be told.

A major reason why Israel’s toxic behavior has been allowed to go on for so long with such devastating consequences is the United States being Israel’s staunch enabler. But the US might also be the only force that could save Israel from itself. In other words, instead of praising Israel for sharing American values – a myth that is crumbling before our eyes – help Israel become worthy of this praise before it’s too late.

About the Author
Arkadi Mazin began his career in journalism in the 1990s, joining the ranks of Vesti, the leading Israeli publication in Russian. As a freelancer, he collaborated with major Israeli media outlets, including Yedioth Aharonoth, Haaretz, and YNET. Today, he is a contributor to Re:Levant Israeli website in Russian and a staff science journalist at Lifespan.io, a leading source of news on longevity research.
Related Topics
Related Posts
Arkadi Mazin