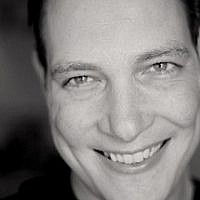 The Blogs
David Suurland
Apply for a Blog
Advertisement
Please note that the posts on The Blogs are contributed by third parties. The opinions, facts and any media content in them are presented solely by the authors, and neither The Times of Israel nor its partners assume any responsibility for them. Please contact us in case of abuse. In case of abuse,
Report this post.

Today the General Court of the European Union decided to annul, on procedural grounds, a measure which placed Hamas on the EU list of terrorist organizations. Pursuant to the 2001 Common Position on the application of specific measures to combat terrorism, the Council of the European Union, one of the legislative branches of the EU, decided to put the military wing of Hamas on the list of terrorist organizations. In 2009 the Council decided to put Hamas in its entirety on  this list. As a result, funds belonging to this organization and its personnel were frozen and a host of legal measures against the operations of Hamas and its subsidiaries were enacted. In 2010 Hamas filled a complaint against the Council’s decision and it is this complaint which has now been addressed by the Court. The following is based on the press release of the court as the full judgement has not yet been released.

The Common Position sets a minimum standard of proof which must be met if an organization is to be added to the list of terrorist organizations. Article 1 section 4 of the Common Position states that this list “shall be drawn up on the basis of precise information or material in the relevant file which indicates that a decision has been taken by a competent authority in respect of the persons, groups and entities concerned [..]”  When read in conjunction with a 2001 Council Regulation on the same subject, the following criterion emerges: the listing is

“based on decisions taken by competent national authorities regarding natural or legal persons, groups or entities who are deemed to be committing or attempting to commit, participating in or facilitating the commission of terrorist acts.” So at the heart of the Court’s decision lies the question over what qualifies as a ‘decision’ taken by a ‘competent authority’. ”

In its decision, the court decided that the Council of the European Union fell short in meeting this requirement:

“the General Court finds that the contested measures are based not on acts examined and confirmed in decisions of competent authorities but on factual imputations derived from the press and the internet.”

“factual elements that the Council may have derived from the press or the internet, but on elements which have been concretely examined and confirmed in decisions of national competent authorities within the meaning of the Common Position.”

And there you have it. The Court merely stated that the press and the internet did not qualify as sources upon which a decision to place Hamas on the terrorism list could be based. And seeing that this criterion was devised by the Council itself the Court had no choice but to annul the decision of 2001.

There are some things which should stand out here:

First: The court said nothing about the material value of the evidence which was produced by the Council regarding the terrorist nature of Hamas;

Secondly: the Court said nothing about the terrorist nature of Hamas:

“The Court stresses that those annulments, on fundamental procedural grounds, do not imply any substantive assessment of the question of the classification of Hamas as a terrorist group within the meaning of the Common Position.”

Thirdly: the Court’s decision does not mean that Hamas is actually removed from the list. The court states that it:

“annuls the contested measures while temporarily maintaining the effects of those measures in order to ensure the effectiveness of any possible future freezing of funds. The effects of the measures are maintained for a period of three months, or, if an appeal is brought before the Court of Justice, until this appeal is closed.”

Seeing that an appeal is likely, Hamas will remain on the list for quite some time. Moreover seeing that the terrorist nature of Hamas is pretty clear to even Egypt, European member states should have no trouble in handing the Council the required ‘elements which have been concretely examined and confirmed in decisions of national competent authorities’.

Lastly; the argument that Hamas is a legitimately elected government which cannot be placed on the list of terrorist organizations, is not an argument put forth by the Court. That argument was put forth by Hamas itself in the complaint against the council’s 2001 and 2010 decision to put it on the terrorism list.

Whilst this whole case is exemplary of the ‘ less than exciting’ nature of EU procedural law, the Israeli political reaction against it has proven to be far more ‘lively’. According to the Jerusalem Post, Economy Minister Bennett stated that “the corrupt law of the EU court gives license for the shedding of Jewish blood everywhere and demonstrates the loss of a moral path”. In the hyperbolic department Bennet’s statement was eclipsed by Likud MK Danon who said that the Court’s decision could only result from a European belief “that their blood is more sacred than the blood of the Jews which they see as unimportant”. And whilst Knesset Speaker Yuli Edelstein (Likud) argued that the EU “ grants a prize to the extremist Islamic terror” Deputy Transportation Minister Hotovely even went so far as to accuse the Court of lending a hand to terror.

I find these remarks not only offensive to decency and common sense but also damaging to the image that Israel portrays to the rest of the world. First of all it does more than just hint at the European guilt in the Shoah and this abuse of memory and emotional strongarming takes place without any solid justification. As a Jew, a keen supporter of Israel and as a European I find that revolting to the point where I am starting to believe Finkelstein (of all people) may have actually had a point when he complained about what he perceived to be the abuse of the holocaust for political reasons. Accusations such these make Israeli politicians look terribly disingenuous, not to mention too incompetent to distinguish between a case based on procedural or material grounds.

Israel is right when it criticizes the European position on issues like self-defense in the wars in Lebanon or Gaza, or when it comes to Europe’s weak positions concerning fighting Islamist extremism and anti-Semitism. But in this case Israel is merely crying wolf in a language which ought to be beneath it. It is exactly cases like this one that ensure that neither political whims nor the fiery rhetoric of enraged politicians get to decide the fate of the nation. In that sense, the legal drudgery of the EU is quite the opposite of the political hot-bloodedness of the Middle-East and that is a good thing; it is essentially that to which most nations aspire.