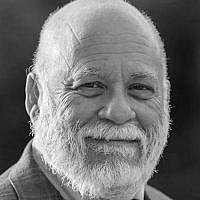 The February US attack on Iranian supported Shi’ite militias on the Syrian-Iraqi border was a response to the February 15th missile attack on the US base at the Erbil, Iraq. The attack was an important step in reasserting US authority in the Middle East and clear signal to Iran on what the US return to the JCPOA will mean.

The Iranian militia Erbil attack was a continuation of a series of Iranian attacks after the US assassinated Soleimani. It followed the Iranian ballistic missile attack on the Ayn Al Asad air base on January 8th and additional militia attacks against US interests in Iraq. Iran also has attacked Israeli shipping and was involved in polluting the sea near Israel on purpose. All these attacks by Iran are upping the ante for negotiations with the US. Iran’s hope is that they can pressure the US through fear and intimidation to make a quick deal while preserving Iranian nuclear and ballistic missile technology and at the same time getting sanctions removed. The Iranians believe that the Biden’s desire to return to the JCPOA is nothing more than an extension of the original Obama policy. The Iranians have bought the Trump Republicans argument completely and are pushing all the buttons they pushed to get Obama to the table. The Iranians are making a mistake.

Israel also has been upping the ante against Iran. The Israelis may have been involved in the sabotage of an Iranian spy and logistics ship off Yemen and attacks against Iranian ships in response to Iranian missile strikes against Israeli shipping. The most important Israeli strike against Iran’s nuclear efforts came recently with the explosion at the Natanz nuclear facility, destroying the electric grid and setting back Iranian efforts by at least 6 months. Israel’s activities have enhanced the US’s ability to get Iran to negotiate. With the Natanz facility sabotaged, Iran is now in a weaker position.

Some pundits attacked Israel as undercutting the Biden administration’s attempt to return to the JCPOA. The Biden administration did not respond negatively at all to Israeli efforts. In fact, the opposite happened. Secretary of Defense Austin traveled to Israel to hold meetings with the Israel’s Minister of Defense Benny Gantz just as the news of the Natanz attack came out with not a word of criticism issued. Secretary of State Blinken had meetings with the Israeli Minister of Foreign Affairs at the same time.

President Biden is not President Obama. Secretary of State Anthony Blinken is not Secretary of State Kerry and Secretary of Defense Lloyd Austin is not Robert Gates or Ashton Carter. Biden’s team is seeing the reality of the Middle East in ways the Obama administration could not.
President Biden and his foreign policy and security team are taking a new approach. They are maintaining the US sanctions and have spent the last few weeks rebuilding US alliances. Biden has listened to and headed the Israeli, Saudi and Emirati alliance against Iran in accepting their demand that the US return to the JCPOA be based on restricting the Iranian nuclear effort, curtailing Iran’s ballistic missile development, and undercutting Iranian support and funding for Hezbollah, Shi’ite militias and Iranian support for terror attacks.

The attack against Iranian supported militias by the US and the Israeli sabotage of Natanz set in place a new approach to Iran. The Iranians continue to meet in Vienna with the JCPOA nations with USA in the wings. Biden’s calm response in the face of Iranian posturing has also rattled the Iranians. This first JCPOA meeting was to determine if there will be future meetings. Biden wants an enhanced JCPOA to rein in Iran’s missile program and to arrest its regional terrorist influence. Biden is in no hurry to rescue the Iranian economy before the elections in Iran, but the Iranians are certainly in a hurry to secure sanctions relief. In the meantime, both the US and Israel need to keep the pressure on Iran up.

About the Author
Dr. Samuel M. Edelman has served as the first executive director of Scholars for Peace in the Middle East and Dean of the College of Arts and Sciences at the American Jewish University in Los Angeles. Currently he is one of the founding faculty members of the new Academic Council for Israel, and its executive director, and a member of the Academic Engagement Network (AEN).
Comments