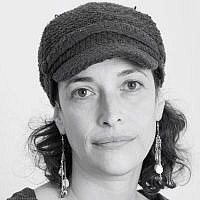 The Blogs
Tehila Friedman-Nachalon
Apply for a Blog
Please note that the posts on The Blogs are contributed by third parties. The opinions, facts and any media content in them are presented solely by the authors, and neither The Times of Israel nor its partners assume any responsibility for them. Please contact us in case of abuse. In case of abuse,
Report this post. 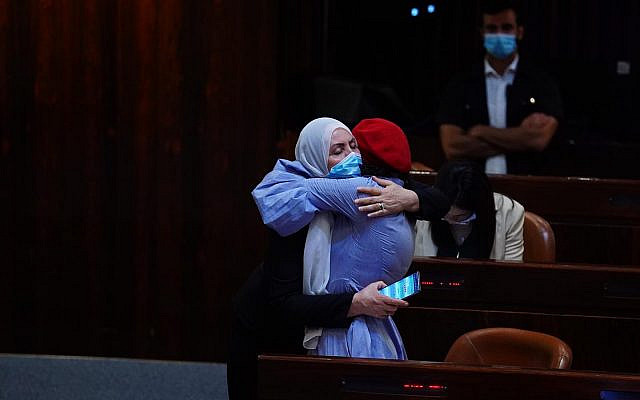 (courtesy)
I understand that according to the current vote count, one seat of RAAM will probably be transferred to Meretz.
I have no personal acquaintance with Mosi Raz, who is due to enter this government, but the understanding that Iman Khatib Yassin will no longer be in the Knesset saddens me greatly.
I went into her office once for a meeting and found her kneeling in prayer. I stood at the other end of the room, and I too started praying the Mincha afternoon service.
When we both finished our prayers, we sat down to talk about the budgeting of the role of those in charge of promoting the status of women in local authorities and how to lower the age of eligibility for mammography, an issue that was close to her heart as she is a breast cancer survivor and a member of a society where the age of diagnosis for this disease is lower than other societies in Israel. (I have no idea why. I understand that even the doctors do not know how to explain this occurrence, but fact is that Arab women have breast cancer at a younger age than the average Jewish women).
Our friendship began back at the Mandel Institute. She was an educator who ran a community center. A religious feminist who is very devout. The first woman, I believe, who served on behalf of RAAM.
I was hoping to connect her with the wonderful Michal Waldinger from the “Religious Zionism” party. I knew they could have accomplished many great things together.
The picture above captures a hug that we shared right after my opening speech. I told Iman that this hug was especially dear to me because I knew how much my speech, which was very, very Jewish and Zionist, and embraced the liberation of Jerusalem, and the miracle of the return of Zion, was not easy for her ears. “That is true” she said, “but one feels the heart.”
Apparently, not only God is looking for the heart.
About the Author
Tehila Friedman-Nachalon is the director of Kolot's center for jewish leadership and a fellow in Shaharit, a think tank promoting new social covenant in israel. She was a fellow in the Mandel Leadership Institute, former Chair of Ne'emanei Torah ve'Avodah, a modern Orthodox movement promoting pluralism and democracy, and board member of the Yerushalmit Movement, a non-profit for a pluralistic Jerusalem. She was Director of the Israel office of the Jewish Federation of Central New Jersey, a grant officer at the Rothschild Foundation, and an adviser to Natan Sharansky.
Related Topics
Related Posts
Comments