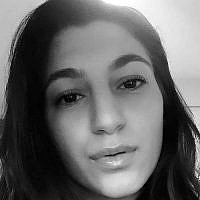 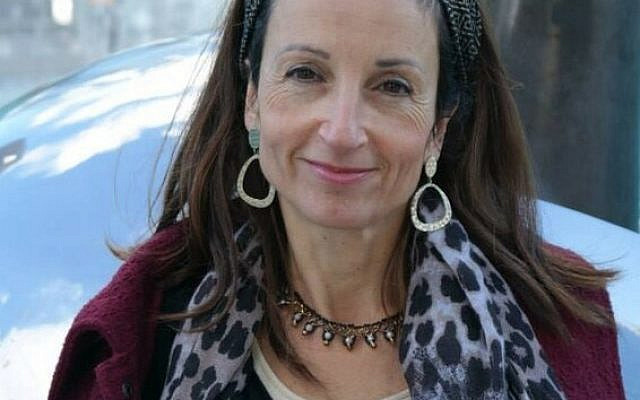 Ester Horgen/Photo courtesy of the family

Ester Horgen was an Israeli mother of six children. She went for a run and didn’t come back.

I have been an athlete ever since I was a young girl. I was a dancer for almost a decade. I participated in high school sports such as cross country races and received an excellence diploma for my athletic achievements. I have been even going to the gym since middle school just for fun. Today I train at martial arts and still run a lot.

When I go for a run, my biggest fear is that someone will attempt to kidnap me and rape me. I never imagined what it is like to be afraid of going for a run and get murdered since I grew up in a “quiet” place in Israel. I believe at least most people who don’t live in Israel can relate to this. Even though there is a lot of anti-Semitism that threatens lives of Jews who live in the diaspora, it is still not the same as experiencing fear of terrorism in your own country that threatens to take your life away, as a way to destroy your country.

Ever since I started learning about Jewish history, it didn’t take me a long time to realize that the only place that saves Jews from being massacred by Anti-Semitism is Israel.

But now when I look at the past and then look at the present, I notice, unfortunately, that even though we live in the place that should make us feel safe to walk in the streets, some Jews still fear being murdered because they are Jewish. Why? Since there are terrorists who seek to destroy Israel.

The main reason why these terrorists don’t mind committing terror attacks is because of our “soft” policies against them.

Not too long ago, the Israeli supreme court decided not to demolish the house of the terrorist who murdered Amit Ben Igal. These kinds of decisions impact the future of Israel. They deliver a message to terrorists that they can “feel comfortable” committing terror attacks against Jews.

When terrorists realize that if they commit terror attacks, the result will be an easy punishment, and they will still receive money from the PA, they won’t fear committing more terror attacks.

People think that If we take more aggressive actions towards terrorism, “The world will hate us”. But in reality, we evacuated Jews from Gush Katif and withdrew from Gaza, and some people still claim that we control Gaza. We deliver humanitarian aids, money and even built a hospital between Israel and Gaza, and people blame Israel for the suffering and the poverty the Arabs in Gaza experience.

It doesn’t matter what happens, people, always find a way to blame Israel.

What we need to do is, to stop delivering them money, yes this money is the money they use to fund terrorism. And change our defence policies by reacting more aggressively towards terrorists.

We don’t need to be compassionate towards those who seek to wipe us out.

Esther was an innocent woman who had her life taken away by animals. And she is not the first one and not going to be the last one if we won’t toughen our policies against terrorism.

About the Author
Rotem is a public diplomacy activist since 2014 on social media.S he has an Instagram page with thousands of followers called @teens.for.israel which it's main target is to work with youth around the world, educate them about the Israeli Arab conflict and expose the truth about Israel. She made lots of projects in this page collaborating youth from all around the wrold (jews and non -jews). In addition, she collaborated with the digital array of the Israeli ministry of foreign affairs on social media and with other popular public diplomacy activists on social media. She is a councilwoman at the new right's party youth headquarters and a part of the crew of the new right's youth headquarter spokesperson staff.
Related Topics
Related Posts
Comments