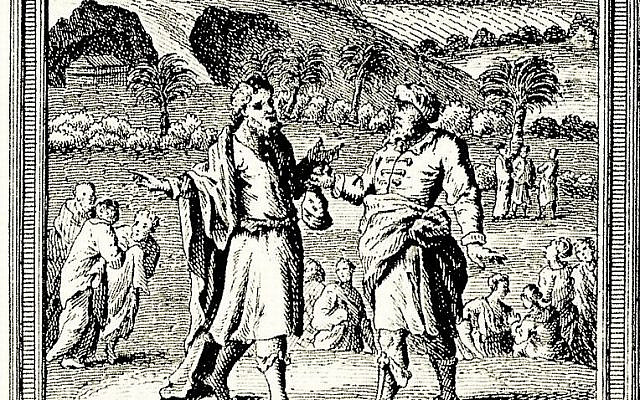 'Abraham Buys the Field of Ephron the Hittite,' by William Hogarth, c. 1725. (Wikipedia)

Netflix’s The Crown is one of my absolute favorite TV shows (I’m going somewhere with this, I promise!) — partly due to my long standing fascination with British royalty, and partly because of the extraordinary acting. Another thing I adore about The Crown is that while each season has an overall set of themes, each individual episode has an arc; the story comes together in a cohesive manner.

If continuity is integral to storytelling, we might assume we should see it in each Torah portion as well. But when you look at Parshat Chayei Sarah, it seems to present a discordant series of random episodes. Sarah dies (which is confusing, because the parsha’s title means “the life of Sarah”). Abraham buries her, which we find out about in great — and seemingly disproportional — detail. Then we move to the biblical bachelor story, where Abraham’s servant – Eliezer, according the midrash — travels to find a wife for Isaac, locating a woman who is not only lovely but kind, even to the camels. Finally, the parsha concludes with Abraham’s death. While these are all interesting events in and of themselves, what do they have to do with one another? What are the common themes connecting each story? Where is the narrative arc?

To answer this, we need to delve into each story in more detail. Chayei Sarah opens with Sarah’s death, and the comment that her life “came to 100 years and 20 years and seven years” (Genesis 23:1). Centuries of scholars have debated what, exactly, this means — why summarize Sarah’s life this way? Rashi comments that the phrase “the years of Sarah’s life” is repeated to indicate that all of her years were equally good. But how can this be? Sarah’s life was full of challenges, marred by the devastation of infertility, the pain of Abraham’s relationship with Hagar, and the terror over Isaac’s near-sacrifice which commentators say ultimately took her life. Rabbi Fohrmann interprets this seeming contradiction to say that Sarah did not passively coast through the various stages of her life, but synthesized each part of her experience into a larger whole. In doing so, she left a legacy of a full and complete and “equally good” life, despite its imperfections.

The theme of legacy continues into the story of Sarah’s burial, which involves an extended depiction of Abraham’s efforts to purchase the Cave of Machpelah from Ephron the Hittite. The central question of this story is why we are hearing it at all — why does the Torah go through the ins and outs of a real estate negotiation? While Ephron offered to lend the use of the land for free, Abraham insisted on paying, which scholars interpret as an effort to lay a future claim to the land of Israel, as something purchased honorably. In addition, the Cave is the first piece of land to be purchased in the land of Israel, fulfilling G-d’s command to “rise and walk the land, through its length and its breadth, for I give it to you” (Genesis 13:17). Therefore, the purchase of the Cave of Machpelah is more than a real estate transaction; it is the budding of a legacy, the connection between the Jewish people and the land of Israel that will continue for centuries to come.

Of all possible transactions to establish a place in the land of Israel, it is no surprise that a burial place plays that role, for a grave is a symbol of legacy, of the people and the memories we leave behind when we go. While the “business” of death outlined in this episode may seem esoteric, death arrangements are really focused on the most important question, which is how we are remembered.

The next episode in the parsha seemingly takes us in a very different direction, following Eliezer’s search for a wife for Isaac. After selecting Rebekah for her kindness, Eliezer escorts her back to Canaan, where we are told that “Isaac brought her into the tent of his mother, Sarah, and he took Rebekah as his wife. Isaac loved her and thus found comfort after his mother’s death” (Genesis 24:67). Rebekah and Isaac’s love is more than a romance; it is a direct continuation of Sarah’s legacy now embodied in Rebekah. The Midrash adds a much more literal description of this transition, noting that the miracles of continuous light, rising dough, and an ever-present cloud that enveloped the camp during Sarah’s life began again once Rebekah married Isaac. Sarah’s legacy passes on to Rebekah in other ways, as well — like Sarah, Rebekah struggles to navigate infertility, sibling rivalry, and capture by foreign kings (Genesis 26: 6-11). Far from a passive participant in history, Rebekah takes agency to ensure that the firstborn blessing goes to Jacob, not Esau, even deceiving her husband to do so. Just as Sarah takes active steps to preserve the legacy of Judaism in the next generation, Rebekah risks everything to make sure Abraham’s legacy continues.

Finally, we conclude the parsha with Abraham’s death. Here, again, the theme of legacy is inescapable — Abraham is, after all, the father of Judaism, not to mention the first monotheist. Earlier in Genesis, G-d offers some insight as to why he chose Abraham, of all people, for this unique mission. “For I have singled him out, that he will instruct his children and his posterity to keep the way of the Lord by doing what is just and right” (Genesis 18:19).

Abraham was chosen specifically because of his skill in transmission; essentially, his ability to leave a legacy. The power of Abraham’s legacy has resonated so powerfully that years later, the community he created still exists. In his wake, we work to leave the legacy of Judaism to our children, to pass on a life of joy, despite the challenges we may face.

Sarah’s death and burial; Rebekah’s marriage; the death of Abraham — these seemingly disconnected stories share a common thread, weaving together a legacy that is passed on from generation to generation, until today. As Hamilton tells us, “What is legacy? It’s planting seeds in a garden you never get to see.”

Chayei Sarah is seemingly about death; but in reality is the story of what endures long after death, of the legacy we leave behind. Abraham and Sarah may not have seen the full garden they were planting, but their blueprint of kindness, faith and resilience lives on. 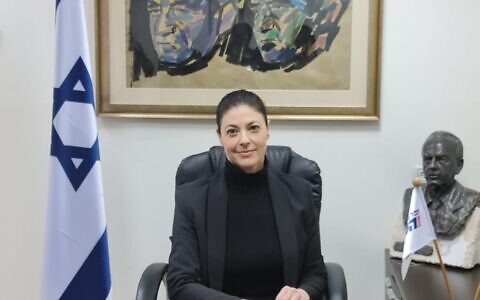 Back from the brink? Merav Michaeli has two months to save the Labor Party
David Horovitz 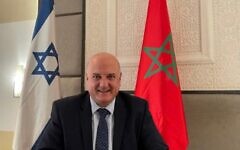 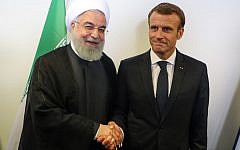 France: Iran must comply with nuclear deal before US returns to pact
Agencies and TOI staff 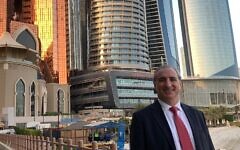 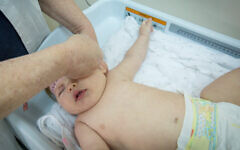 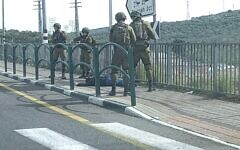