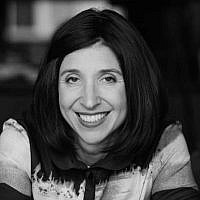 The Blogs
Joanne Greenaway
Chief Executive of London School of Jewish Studies(LSJS)
Apply for a Blog
Please note that the posts on The Blogs are contributed by third parties. The opinions, facts and any media content in them are presented solely by the authors, and neither The Times of Israel nor its partners assume any responsibility for them. Please contact us in case of abuse. In case of abuse,
Report this post. 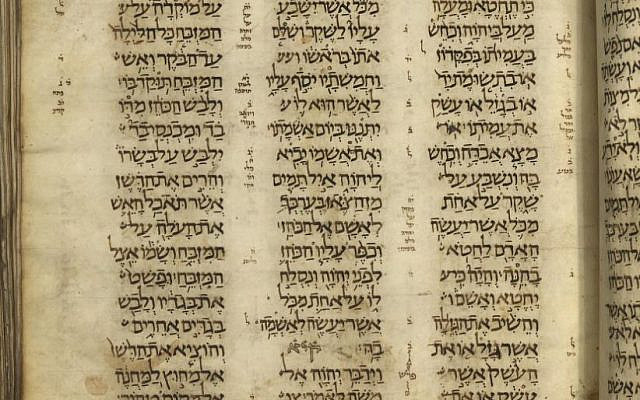 The Damascus Torah Codex (Keter Dameseq), one of the most important early representatives of the Tiberian masoretic tradition, including cantillation, apparently from 10th century Tiberias. (Sassoon collection 5702, Wikipedia - Hebrew)

This Shabbat is my son Noam’s bar mitzvah. Having grown up in a house of girls, this has been my first experience of being surrounded by the melodies of the sedra and paying attention to the ta’amei hamikra — the cantillation notes accompanying the words of the Torah.

I’m sure I speak for many in saying that one doesn’t pay much attention week in week out to the musicality that we have never learnt. However, I’ve realized how much meaning I’ve been missing. The notes indicate how the words of the verse should be sung, with each sign having its own distinctive melody. Formerly, I had a taste of this through the experience of leining Megillat Esther and feeling the pathos of the story through the dramatic changes in melody and through the notes at specific crunch points in the development of the narrative.

The ta’amim date back to antiquity; according to some opinions, they were given to Moses together with the Torah at Sinai, albeit according to most traditions they were formalized around the 10th century. Not only do they show us how to read the words, such as by denoting pauses of varying degrees, but they also serve as a commentary on those words, overlaying the pshat, the plain meaning of the text.

Parshat Tzav, I now know, includes something rare and rather wonderful — a shalshelet.  Noam has mastered this long and elaborate string of notes that is one of only four occurrences in the entire Torah. The symbol for the shalshelet goes up and down, up and down, as if unable to move forward to the next note. It was the 16th-century commentator Rabbi Joseph Ibn Caspi (in his commentary to Genesis 19:16) who best understood what it was meant to convey, namely a psychological state of uncertainty and indecision. The notation of the shalshelet, “literally a chain,” itself looks like a streak of lightning, a mark that goes repeatedly backwards and forwards. It conveys frozen motion in which the agent is torn by inner conflict.

Rabbi Jonathan Sacks devotes an essay of his book, Lessons in Leadership, to understanding precisely this. He points out than in each instance of the use of the shalshelet, the character in question is undergoing an emotional crisis. The first three are in Genesis, relating to scenarios involving Lot, Eliezer and Joseph. In Parshat Tzav, Moses instructs the Israelites to build the Mishkan, the sanctuary, as a home for God. Once that project is completed, Moses needs to induct his brother into the role of high priest, beginning a seven-day consecration process for Aaron and his sons. The text does not suggest that he has any issue doing so.  However, the shalshelet falls on the word, vayishchat: “and he slaughtered (the ram).”

Rabbi Sacks explains what must have been going through Moses’ mind at that precise point. Until then, Aaron was Moses’ second-in-command, and now he is taking on his own leadership role in a role denied to Moses himself. The Talmud (Zevachim 102a) explains that, after the episode of the burning bush, when Moses resisted God’s calls to lead, that opportunity was removed and given to Aaron instead.  According to Rabbi Yehuda HaChasid, Moses was overlooked for the role because he was a chalal (as the son of a divorced woman) and invalidated for the priesthood.  So, at the moment of induction, he may have realized that his sons would not become priests. He has mixed emotions, a sense of loss and conflict about who he is and who he is not. While the text does not tell us explicitly, this one note tells us so much about Moses and about leadership. His crisis of identity, his doubts about whether Aaron may surpass him in leadership are arguably what builds him into the leader that he is.

How rare it is for a leader to have no internal conflict. In recent days we have seen a fine example of leadership in Vlodymyr Zelenskly — striking in his ability to convey with clarity of purpose what needs to be done and the important message he has given to the Western world. Thank God, Zelensky has no shalshelet in his voice when he speaks as his mission is so critical. However, when aspiring to lead, we can also relate to many of our biblical ancestors who struggled with inner demons and crises that led them to hesitate. This is human. As 17th century German printer and journalist John Zenger said, “Great leaders are not defined by the absence of weakness, but rather by the presence of clear strengths.”

To me, this is an important reminder that as leaders we all have moments when we waver.  However, those moments are an opportunity for growth, for giving way to others, for having the humility to not try to be or do it all. As 19th century American industrialist, Andrew Carnegie said, “No man will make a great leader who wants to do it all himself, or to get all the credit for doing it.”

It is also a reminder of what we miss when we ignore the music and the power that music has to stir us and teach us things on a different emotional level. We are told the Torah has 70 faces (Numbers Rabbah 13), that is to say that it can be approached from many perspectives, which all shed new light on the text. Just as a bar mitzvah at the beginning of his learning journey in Jewish life, this was a reminder to me to continually be open to new ways of approaching the Torah and uncovering ever richer insights. I will certainly be reflecting on this as I listen proudly to Noam’s Torah reading on Shabbat!

About the Author
Jo leads LSJS, a world-class centre of Jewish learning and teaching, delivering innovative education programmes and training and developing teachers for the Jewish community. Jo has a languages degree from Cambridge University and had a legal career in international arbitration. She has worked with communities and schools across Europe and teaches and lectures widely in the community.
Related Topics
Related Posts
Comments 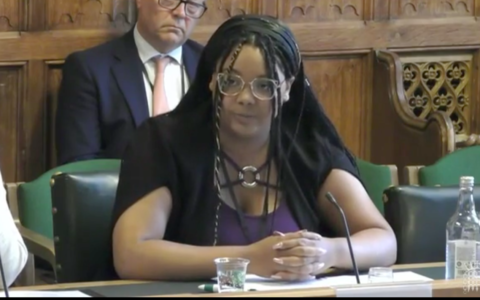 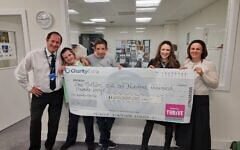 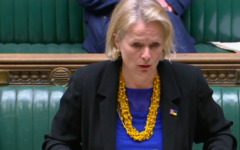