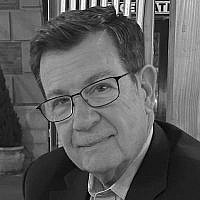 (Excerpts from an address by the authors)

A Christian theologian once wrote, “Religion is what a man does with his solitariness.” Judaism is what we do in community. The emphasis is not on individual salvation. As Jews, we welcome all who would wish to adopt our heritage, but we do not feel compelled to save souls. Our standing in eternity is not determined by doctrine, but by character and moral behavior. We believe that God’s love is infinite and inclusive.

Humans are not merely creatures of God, but co-creators, “divine partners” in completing the works of creation. The Jewish Messianic impetus is not an escape from history, but the fulfilling of history, Tikkun Olam, the repair of the world. To get to that goal of justice and peace, Judaism proposes a life of mitzvot. For the modern Jew, a mitzvah is not a supernatural commandment but a religious or moral imperative which we take upon ourselves to make life worthwhile and meaningful.  Ritual Mitzvot invite us to color our lives with beauty, joy and sanctity. Ethical Mitzvot demand of us to color the world with justice, lovingkindness and holiness.

Judaism and Christianity grew out of the biblical matrix of ancient Israel as responses to the crises experienced by the Jewish people during the period of Roman domination two thousand years ago. During that time, the Jewish landscape was dotted with various doctrinal and social expressions of Judaism. Following the destruction of the Temple in the year 70 C.E., two primary groups would survive.  One was led by the earliest rabbis, successors of the Pharisaic teachers; another centered upon the messianic role (and, eventually, the divinity) of Jesus of Nazareth. The Pharisaic/Rabbinic version becomes Judaism as we know it. The followers of the Nazarene and his disciples will give birth to Christianity. After Constantine and Nicaea in 325 C.E., Christianity becomes a separate faith and the official religion of the Roman Empire. Judaism becomes an oppressed and persecuted religious minority in the heart of Christendom.

Judaism and Christianity claim the same original Hebrew Scriptures. But ironically, the same Bible that unites us is also the basis of our separation. Each tradition comes to “that biblical source” with different presuppositions, questions, and answers. Christianity augments, interprets, and claims to supersede the “Old Testament” with the “New Testament” that proclaims the saving role of Christ to the New Israel. Judaism expands and interprets the Written Torah with the Oral Torah, with the wisdom and insights of rabbinic teachers (in the Mishna, Talmud, Midrash, Codes, etc.) that affirm the covenant of Israel in exile.

The central metaphor of Judaism is not a cross but a “crossing”. It is the journey from Mesopotamia to a Land of Promise, from exodus to Sinai; from freedom to covenant. The Jewish message is embodied not in a divine/human redeemer, but in a people and a book – the Torah. In Christianity, Jesus crucified becomes the way to God the Father. In Judaism, Torah is our way of life and path to God. Christianity proclaims  “salvation” in the hereafter; Judaism, “sanctification” in the here and now.

Christianity searches for “The Truth;” Judaism cherishes “the question.” For Christianity, humans sin because they are born sinners. In Judaism, humans become sinners because they sin. Of course, both Judaism and Christianity address the totality of the human soul and the needs of the community. Both hark back to Abraham’s call to be a blessing.

To understand modern antisemitism, we need to reckon with the heritage of religious anti-Judaism that Jules Isaac called, “The Teaching of Contempt”. Clark Williamson describes the Church’s theological discourse on Judaism in terms of three categories: “antithesis,” “scapegoating,” and “prologue.”

The second category is “scapegoating.” Jews and Judaism are the perpetrators of “deicide.” Guilty of “killing God” and whatever evil the church chooses to lay at their door, Israel is rejected and replaced by the Gentile church as the legitimate inheritor of God’s covenant.

Thirdly, this theology of replacement leads to the notion of Israel as “prologue”. Judaism is the set-up act for the church. The “Old Testament (Covenant)” is an ancient relic. The early church characterizes Judaism as old/passé and Jews as carnal, legalistic, ethnocentric, in contrast to the “New” Israel (the Church), that is spiritual, grace filled, and universal.

Medieval Christian art sums up the attitude towards Jews and Judaism in the ECCLESIA and SYNAGOGA images that ornament many a medieval European church: Ecclesia stands tall, staff in hand, holding a triumphant globe, looking across to dejected Synagoga, bowed, blindfolded, staff broken and tablets of the law falling from her hand. The Church victorious; synagogue vanquished.  From blood libels to the desecration of the host, from accusations of responsibilities for plagues, to expulsions and death anti-Judaism was endemic to European history.

Racial anti-Judaism is first expressed in the Spanish Inquisition’s doctrine of “Limpieza de Sangre” (Purity of Blood). The problem with new Jewish “Conversos” was not that they did not “believe” the right way, but that they put at risk the purity of Iberian Christian blood. The term “antisemitism” was coined in the late 19th century Germany to present Jews as the lowest of human beings. Intermarriage with them (already prohibited by medieval Church canons) would fearfully lead to the “Judaization” of German blood. Church law informed much of Nazi legislation and made possible the progression that historian, Raoul Hilberg identified as: “You have no right to live among us as Jews; you have no right to live among us; you have no right to live.”

Anti-Judaism began as religious prejudice. It evolved from religious to racial hatred, culminating in the lethal antisemitism of Nazi Ideology. More recently, antisemitism has mutated into anti-Zionism through disinformation, demonization, and delegitimization of the State of Israel.

Israel faces a critical and defining moment in its political history. Many Israelis are dissatisfied and actively protesting the policies of the current government in an effort to ensure its democratic tradition. Criticism of Israel is not, in and of itself, antisemitism. But denying only Israel’s right to exist as a sovereign nation and engaging in the demonization and delegitimization of Jews, or of Israel alone, is antisemitic. The conflict in Israel, a nation of ethnic, racial, cultural, and political diversity, cannot be simplistically conflated with American racial politics.

Religions are like languages, different ways through which the spirit speaks. They are human constructs, traditions colored by history and culture, by insight and blindness, by wisdom and folly. The Catholic Church’s Second Ecumenical Council of 1965 under Pope John XXIII began to change the vocabulary and the image of Jews and Judaism within Christianity. The charge of “deicide” (that Jews killed God through the crucifixion) was formally rejected. The church called for a more fruitful and respectful relationship with Jews and Judaism. Eventually mainline Protestant denominations followed suit.

Unfortunately, antisemitism remains and has resurfaced with virulence on the left and on the right. Anti-Judaism continues to be preached in churches throughout the country. From the Parables to the Passion narratives, from the Gospels to the Letters, Pharisees and Jews are depicted as hypocrites and Judaism as legalist and judgmental. The Hebrew Scriptures are decried and dismissed, along with images of a wrathful and vengeful God.

Walter Russel Mead reminds us that “Anti-Judaism and antisemitism have a long history, but that isn’t the whole story. American Jews today enjoy greater equality, acceptance, and opportunity than any group of Diasporic Jews in the past 2500 years. American Jews aren’t a foreign body in the US. They are an integral part of this ethnically and religiously diverse nation, and we stand or fall together.” (“Behind the Global Surge of Antisemitism”, WSJ, 12/16/2022)

Let us stand together.

(This essay is excerpted from an address by the authors.  Rabbi Dennis C. Sasso is Senior Rabbi of Congregation Beth-El Zedeck and Affiliate Professor of Jewish Studies at Christian Theological Seminary, Indianapolis, In. Rabbi Sandy Eisenberg Sasso is Rabbi Emerita of Congregation Beth-El Zedeck, Director of the Religion, Spirituality, and the Arts Program at IUPUI, and an author of children’s books).