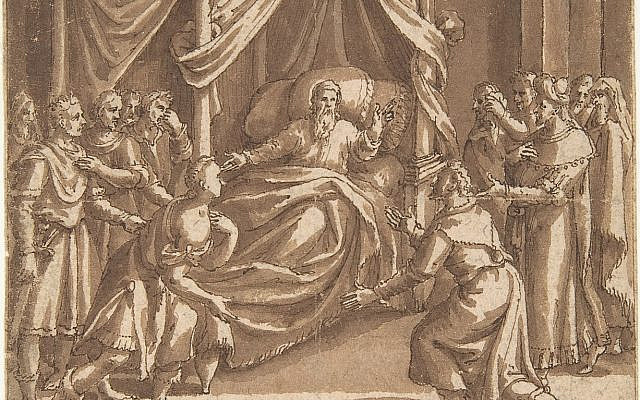 What are the ages of the brothers relative to each other and at the events of the stories?

The biblical text provides very limited information regarding the temporal relativity of the important historical events of Yaacov’s life and the tribulations of his children. The relative age difference between the brothers, their ages at important historical moments and the coincidence of events are all poorly described in the text. However, understanding those temporal relationships could provide invaluable insight for the reader. What follows is a compilation of deductive analysis of the text to elucidate the life and experiences of Yaacov and his sons which can be used as a reference when examining the biblical stories.

Yaacov married Leah and Rachel at approximately the same time and then worked for Lavan for 13 years at which point he decided to return home after the birth of Yosef. Therefore, the maximum age difference between Reuven and Yosef is 12 years, one year given for Reuven’s gestation. Also, there were approximately 2 years after the birth of Yehuda before the birth of Issachar and Zebulun because of the pregnancy pause experienced by Leah during which time Bilhah and Zilpa each had 2 children which may have overlapped, followed by the birth of Issachar and Zebulun (6 and 5 years older than Yosef) and then Dina, making Yosef and Dinah separated by a maximum of 4 years and the children of Zilpah and Bilhah approximately 8 and 9 years older than Yosef at most.

Assuming these ages as the maximum age differences, we see that Yaacov must have spent many years in the region of Shechem since the events between Dina and Shechem must have happened sometime around Dina being approximately 12 years old (she is called na’ara, young woman (34:3) and is assumed to be of marital age). This means Yaacov spent 8 years at least in Shechem before heading south to Hebron. This does not necessarily imply he did not have a relationship with his father all this time, however he did not join him in Hebron until many years later. Additionally, since the death of Rachel occurs after the rape of Dina within the text, it is reasonable to assume that Binyamin was born after those events, therefore Binyamin was at least 8 years younger than Yosef, making Binyamin 9 when Yosef was sold and 31 when Yosef is revealed as the viceroy.

Additionally, Yehuda’s story with Tamar is assumed to have happened after the sale of Yosef. Yehuda was at most 9 years older than Yosef making him 26 when he left to marry Bat Shua and start his family. For him to have 3 sons, the eldest reaching marital age (assuming  at least 13), then Yehuda was 39-40 when he lost his 2 sons and was probably at least another year older, 41, when the events of Tamar occurred since Shela had to reach marital age and Tamar had to realize he was being withheld. Then Tamar had to give birth to her twins making the events with Tamar happening at the earliest when Yehuda is around 42 years old. This means that Yosef was 33, which means that these events occurred at the earliest during the 7 years of plenty, prior to the brothers’ descent to Egypt.