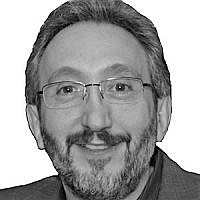 The Blogs
Mark Zimmerman
Apply for a Blog
Advertisement
Please note that the posts on The Blogs are contributed by third parties. The opinions, facts and any media content in them are presented solely by the authors, and neither The Times of Israel nor its partners assume any responsibility for them. Please contact us in case of abuse. In case of abuse,
Report this post.

Before the State of Israel was born, and for much of our history, we Jews were a rather submissive, pacifist people. We endured inquisitions, pogroms, and genocide, and for the most part we were not in control of either our security or our destiny.
But this wasn’t always so.
In 167 BCE, Matathias the High Priest and father of Judah the Maccabee, returned to Modi’in. When he was ordered by a representative of the Greek emperor Antiochus IV Epiphanes to offer sacrifice to the Greek gods, he refused to do so, and slew the official. So began the Hasmonean Jewish revolt, followed by a resounding Jewish victory, the re-dedication of the Holy Temple, and the miracle of Hanukkah.
Yet surprisingly, the celebration of Hanukkah is much better known for the Talmudic story of the cruise of oil which miraculously lasted for 8 days than for the stunning Jewish victory over the more powerful Hellenistic Greeks. This remarkable victory is plainly depicted in the Book of the Maccabees, while the story of the cruise of oil only appears later in the Talmud. It is the miracle of the oil that takes center-stage (and why we eat so many oily delicacies like latkes and sufganiyot), while the military victory is hardly discussed. And the sages had more to say about how to light the Menorah than why we actually celebrate this holiday.
So why is that?
The truth is, our sages were rather ambivalent about Hanukkah. They didn’t much care for the Maccabees, or their aggressive, militaristic approach. The rabbis of the Talmud lived during a time of Jewish powerlessness, yet they were clearly uncomfortable with Hasmonean militarism becoming the model of Jewish behavior.
This is reflected in the Haftarah they chose for us to recite on Shabbat Hanukkah, where it states in Zechariah 4:6: “This is the word of God: Not by might, and not by power, but by my Spirit alone”. The rabbis even excluded the Book of the Maccabees from the Biblical canon altogether, which is why we hear more about the cruse of oil than about the heroic military victory of the Maccabees.
Once the Second Temple was destroyed in the year 70 CE it left the Jewish people without a homeland, without a military, and without the ability to ensure their own safety. For the next 2,000 years we lived (or died) at the whim of various rulers, kings and tyrants.  We shuddered in fear of the next crusade, pogrom, or anti-Semitic attack, relying on the good graces of the king or government to protect our communities.  And often there was no protection to be found.
So for much of those 2,000 years we were a vulnerable people, who often had to flee from one country to another to escape persecution.  And this largely remained the case until 1948, unless you were fortunate enough to make it to the shores of the New World.  Israel exists today because the Jewish people finally recognized that there are times when we must take up arms and protect ourselves – just as the Maccabees did.
America has certainly been a different experience for us.  Anti-Semitism was still there, often just below the surface, but it was largely limited to rhetoric and discrimination.
That was until the horrific attack on the Tree of Life synagogue in Pittsburgh.
Jews feel under attack once again around the world. And if there is a lesson to be learned from the Hanukkah story, it is that complacency is not an answer. We now know very well that we must have the ability to defend ourselves, and yet we also want to remain on guard not to become the aggressors ourselves. In an increasingly dangerous and hostile world, that is the great challenge that both Israel and America must face going forward.
Post-Pittsburgh, we are reminded that the world does not always deal kindly with the Jewish people. Now our synagogues are having to bear the cost of being under armed guard — and those costs are both financial and spiritual. We also know we must remain alert to the renewed specter of antisemitism as it rears its ugly head, often in the guise of anti-Zionism or anti-Israel BDS movements.  Our college students increasingly feel the effect of this new reality.
Yet these threats are not new for us. The Jewish people have been around for 4,000 years, and we are not going away anytime soon. God willing, the heroism of the Maccabees will inspire us and provide us with the courage to face whatever challenges lie ahead.
May the lights of the Hanukkah menorah continue to inspire us, strengthen our resolve, and give us the fortitude to achieve a more peaceful, tolerant, and compassionate world.
Hag Urim Sameyach
About the Author
Rabbi Zimmerman is the rabbi at Congregation Beth Shalom in Atlanta, GA for he has served for over 25 years. He is a past president of the Rabbinical Assembly SE Region, the Atlanta Rabbinical Association, a member of AIPAC National Council, and police chaplain in the Dunwoody, GA police department. In 2014 he became managing editor and publisher of "The American Rabbi", an online homiletic resource for rabbis across the Jewish denominational spectrum. Rabbi Zimmerman has also produced several widely used Jewish websites, including: www.sidduraudio.com and www.haftorahaudio.com to help the Jewish community become more proficient in Hebrew liturgy and haftarot. Rabbi Zimmerman is a 12th generation rabbi who received rabbinical ordination from the Jewish Theological Seminary in New York, and studied in Jerusalem at Hebrew University.
Comments