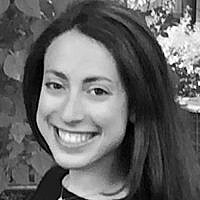 The Blogs
Sara Schatz
A fellow Jew!
Apply for a Blog
Please note that the posts on The Blogs are contributed by third parties. The opinions, facts and any media content in them are presented solely by the authors, and neither The Times of Israel nor its partners assume any responsibility for them. Please contact us in case of abuse. In case of abuse,
Report this post. 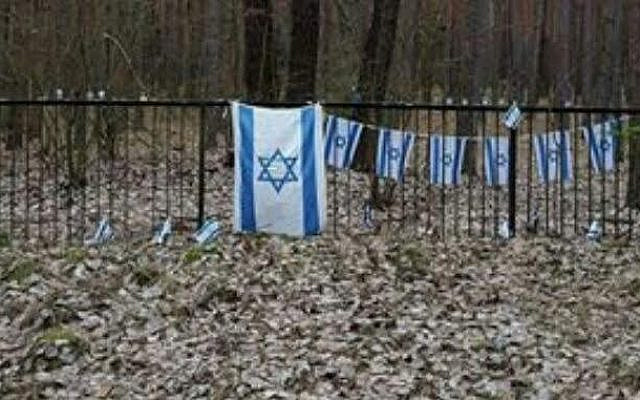 Today, Yom HaShoah, is a day of remembrance. On this day, the word “yizkor”, “we will remember”, is a term that conjures up deep emotion in the minds and hearts of Jews around the world, whether it is a parent, grandparent, relative, friend.

Though we are remembering the past, this word is future tense. It is almost as if we are preparing ourselves to do a certain action, more than simply remembering.

Over a month ago, I lost my Zaide (A”H). After one-hundred-years of a blessed and thriving life, he chose to courageously say goodbye to the world just before it went crazy from pandemic. He was not a Holocaust survivor. He was born and raised in Chicago and lived there his entire life. During the Second World War, he was drafted into the US Navy with his brother and ended his service quickly after the US dropped the bomb in Japan.

While he loved his Chicagoan roots, he loved his Jewish roots far more. He had a genuine love and appreciation of the power of Jewish education, and he wouldn’t let anyone forget it. I revered him due to his unassuming interest towards our ability to learn in a Jewish environment, which is a major reason why I chose to be a teacher. In one of the last times I visited him in person in late 2018, we reminisced about his favorite teachers. He then arbitrarily noted that though it was a challenging profession, he wasn’t worried about me. “You can do it easily,” he said. “You’ve got the guts for it.” Though those are exorbitantly high expectations, I hope I don’t let my grandfather down.

These words, and a poignant event that happened when I was eighteen (and often tell people as a humorous anecdote) are what I believe to be the essence behind the word yizkor.

In April of my gap year, I went to Poland on my program’s yearly Jewish heritage trip, a journey that was graciously sponsored by my grandfather. I grew nervous as the plane landed early that morning, anticipating all the awful sites I had yet to witness. However, I felt somewhat calmed knowing that I would be experiencing this with friends.

That changed in a matter of minutes. They asked us to take out our passports. I opened up a pocket of my knapsack, where I thought I had left my passport, and it wasn’t there. Not panicking yet, I opened up some other pockets – and alas, it was nowhere to be found.

Suddenly, I found myself sitting at customs, completely separated from my friends, in front of Polish soldiers with a faculty member on the trip (bless her soul), trying to hold back tears as they attempted to figure out what to do with the potentially dangerous “illegal visitor from Israel”. I ended up in the airport alone, with the faculty member, for a full twenty-seven hours. While I won’t go into detail about that calamitic day, there is one miraculous act that happened on that day which I will never forget.

While we were sitting on the floor of the airport, trying to distract ourselves from the fact that we would be sleeping on those very floors that evening, an Israeli flight attendant from the daily El Al flight that leaves Warsaw came over to us and asked us, “You keep kosher, right? You both must be starving. Here, let me bring you some of the kosher food from the plane.”

We had met this man earlier that day, but we never imagined we’d see him again. He sought us out because he was a fellow Jew, and he realized we didn’t have an opportunity to eat a kosher meal that evening.

That night, as I stared towards the dark ceiling, lying on the cold floor of the Warsaw airport, I thought about the generations before me, who might have lived in this very place. My eighteen-year-old mind simply thought: my ancestors didn’t have a daily El Al flight. They didn’t have an official Jewish State. It was significantly more challenging to travel to Israel, with or without a passport.

Years later, I think a bit differently. I now remember how the Jewish State came about: it was erected by these very people. It exists because these people chose to survive and work with other Jews as one agudah (group) towards a common philosophy. They refused to obliterate Jewish identity in this world and break our thousand-year-old chain, despite the contradicting goal of the Nazis. My evening trapped in the Warsaw airport, with a box of kosher food by my side,  brought it full circle.

In the yizkor prayer, we make a vow to give tzedakah (charity) to someone. While this is a seemingly random addition, it could not be more fitting. We give in order to continue the chain of our nationhood. We give as representatives of the deceased, passing on the flaming torch of Jewry by doing the act we do best: looking out for one another.

And we, as the Jewish future, can continue the chain as well.

“Son of man, these bones are all the house of Israel… Therefore, prophesy and say to them, ‘So says the Lord God: Lo! I open your graves and cause you to come up out of your graves as My people, and bring you home to the land of Israel!’” (Yechezkel 37:11-12)

About the Author
Sara Schatz is a Jewish Education major at Stern College for Women. Aside from classroom teaching, she also is passionate about expanding Torah learning opportunities for women, Religious Zionism, and advocacy against world crimes. She hopes to use this forum as a pathway to start conversation about all of these topics, and welcomes any feedback! She can always be reached at saraschatz01@gmail.com for any questions or discussions.
Related Topics
Related Posts
Comments