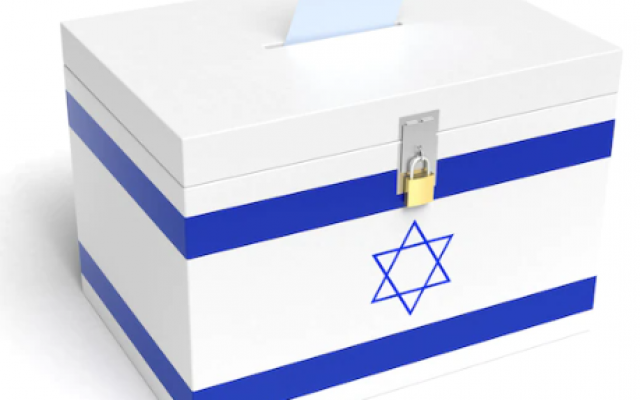 As we approach our fifth elections in a little more than two years, it is surprising that the issue of electoral reform is not on the agenda. As someone who occasionally teaches courses on Electoral Systems around the world, it is even more suprising that students, the young politically aware adults of today, are not interested in pushing for electoral change even though the system is so dysfunctional and many – an increasing number – admit that they are considering not voting, in a  country where participation rates have declined significantly from where they were 10-20 years ago – almost the highest participation rates in a western democracy.

Israel has a long history of attempts to reform the electoral system, that is until about twenty years ago, when much of the debate simple ceased. Back in the 1950’s, when the forerunner of the Labour Party (now a party on the verge of extinction) was guaranteed continuous control of the country, the Prime Minister of the time, David ben Gurion, was in favor of changing the electoral system. But despite his unchallenged control of the party and government at that time, this was one issue where his political colleagues did not back him. They preferred to continue with a system which they had inherited from the pre-State Zionist movement and which, as they perceived at the time, guaranteed their continued control of the country.

Following 1977, and the rise to power of the Likud and the collapse of the previous political hegemony, there were occasional debates about the need for electoral reform, the argument being then, as it is today, that a single national constituency with proportional representation and, what was then a very low electoral threshold of only 1 percent of the electorate needed to obtain a Knesset seat, was unstable and that we needed a more stable government.

During the 1980’s and 1990’s there were various proposals to change the system, none of which moved beyond academic discussions. It came to a head following the change in government in the early 1990’s, when the then leader of the Labor Party, former President Shimon Peres, engineered the collapse of the national unity government in the belief that he would be able to create a Labor led government, only to find that the ultra orthodox parties, then under the leadership of Rav Shach, refused to go into a coalition with them. Known as the “dirty trick” it resulted in the exact opposite of what he intended, a Likud government headed by Yitzchak Shamir and the eventual change of Labor Party leadership with Yitzchak Rabin replacing him as the leader of the party. Rabin, in turn became the Prime Minister who signed the Oslo Agreements in the early 1990’s.

The then President of Israel, Haim Herzog (the father of present President Isaac Buji Herzog) was a strong backer of electoral reform, leading to accusations that he was interfering in the political system, but all to no avail. There were ongoing discussions, some reaching as far as the Knesset Law Committee, but the system remained as before – the politicians of then, like the politicians of today, were not prepared to meddle with a system which brought them to power. A new system, especially one based on constituencies, would potentially bring a new generation of politicians in their place and they were not prepared to vote themselves out of power.

There were proposals to have, what has become known as the most common electoral system throughout the world, a mixed electoral system, in which some of the Knesset members would continue to be elected from national lists, while others would be voted through a constituency system – a multi member constituency system – not a single member system such as that in the UK (which is also an electoral system which requires significant reform if it is to become more democratic and representative of the British electorate). There were arguments about whether the Knesset representation should be half-half (sixty from the national list and sixty from the constituencies) or two thirds from the constituencies and only a third from the national list; whether politicians could stand for both the national lists and the constituencies, or only for one of them (which would reduce their chances of returning to power); how groups such as the Haredim or the Arab communities would preserve their interests (given their regional segregation and the fact that in mixed systems, preference is given to the constituency seats before the national list, their representation would not be significantly different). Academic think tanks simulated the outcome of elections (based on past results) under these different conditions.

Despite the intense debate at the time, nothing came of it. But in two areas there has been electoral reform, the raising of the minimum electoral threshold, and the attempt at direct elections of Prime Minister.

The lower electoral threshold of only one percent enabled the smallest of parties to gain access to the Knesset. Single Knesset members could hold a government to ransom to ensure they maintained their slender Knesset majority of at least 61 seats, meaning that the parties with the lowest support had disproportional power in making sectoral demands for places around the Cabinet table and in the distribution of national resources. Even today, the lower threshold of 3.25 percent is much lower than in many other democracies but at least it means that no party can gain access to the Knesset with fewer than five seats, which explains why the splinter parties of the right or the left are encouraged to form pre-election coalitions and run together if they want to ensure that they will be elected.

The Haredi parties understand this well – indeed they are the most sophisticated players of the electoral system – while the Arab parties and, so it would appear in the forthcoming elections, the ever declining parties of the left, Merets and the Labor Party, do not understand this basic lesson and run the risk of not being elected in as large numbers as they would if they joined forces – an own goal if there ever was one. The same goes for Ayelet Shaked and the Jewish Home Party, all the surveys indicating they will not reach the minimum 3.25 percent, while the right wing religious Zionist parties of Smotrich and ben Gvir and, at the last moment, Noam, have joined forces and are expected to gain over ten percent of the electorate together. Fewer smaller parties is a good thing, while the number of votes that “go to waste” as a result of the smaller factions not passing the threshold, is relatively small as compared to many of the larger western democracies – especially those that use the “first past the post system” such as Britain and the USA.

The attempt to copy the American and French system of direct elections of a powerful leader however, proved to be unsuccessful. It was tried on three occasions in the late 1990’s and early 2000’s, twice as part of national elections, the third time as elections for Prime Minister only without new elections for the Knesset. Netanyahu, Ehud Barak and Ariel Sharon were the victorious candidates in successive elections, but since they still required a 61 Knesset majority – unlike either the American or French systems where the President has substantial political and executive power without the need for a parliamentary majority – it proved to be unsuccessful – even more fragmentary than in the past, as people split their vote between their candidate for Prime Minister and the party they supported. It was eventually decided to return to the old system, albeit with the introduction of some significant changes. These included the raising of the threshold and also the need for 61 members of the Knesset to vote a government down (unlike the previous situation where a simple majority of whoever was in the chamber at any given time when a no confidence motion was proposed, could bring down a government) providing, temporarily, greater stability and longevity of government.

It is not surprising that, given his own personal cult and following, along with his total control of the Likud Party, Netanyahu has occasionally recommended going back to the direct elections system, but he does not have the support of the Knesset lawmakers, not even the majority within his own party – somewhat reminiscent of the Labour Party of the time refusing to support Ben Gurion’s proposals for electoral change back in the 1950’s.

For the best part of twenty years, electoral reform has been off the agenda. One would have thought that given the present situation of five elections in just over two years, and the possibility that if no clear coalition block of at least 61 results from the ballot box, there could even be a sixth round of elections, that a new national debate would have emerged concerning the need for electoral reform. It is not just about the need for constituencies and regional representation, which is sorely lacking in Israel. It is about the need to produce a result which will create a clear majority and which, in turn, will stabilize the government and allow it to manage the affairs of the nation for 4-5 years without the leaders having to devote all their time and energy to holding the coalition together. The British and American systems have, to a large extent, sacrificed part of their proportionality and direct representation to ensure strong government (although in Britain this has been falling away in recent years), while the mixed electoral system used in most of the rest of the democratic world – in Western Europe and  by many of the post-Soviet regimes –  have endeavored to minimize the loss of proportionality and having regional representation at one and the same time.

Israel is a highly opinionated democracy and that is definitley a good thing. But its’ political system remains immature for as long as it does not provide for long term (4-5 years at a time) stability of government. It is time for the topic of electoral reform to return to the public agenda and for the think tanks to come up with proposals which will allow us to enjoy a system of governance which provides greater stability in the long term.

About the Author
David Newman is professor of Geopolitics in the Department of Politics and Government at Ben-Gurion University of the Negev. BIO: David Newman holds the University Research Chair of Geopolitics at Ben-Gurion University, where he founded the Department of Politics and Government, and the Centre for the Study of European Politics and Society (CSEPS) , and served as Dean of the Faculty of Humanities and Social Sciences from 2010-2016. Professor Newman received the OBE in 2013 for his work in promoting scientific cooperation between Israel and the UK. From 1999-2014 he was chief editor of the International Journal of Geopolitics. David Newman moved to Israel from the UK in 1982. In 2017 he was selected as one of the 100 most influential immigrants to Israel from the UK. His work in Geopolitics focuses on the changing functions and roles of borders, and territorial and border issues in Israel / Palestine. For many years Newman was involved in Track II dialogues between Israelis and Palestinians.He has additional research interests in Anglo Jewish history, and is a self declared farbrent Tottenham Yid.
Related Topics
Related Posts