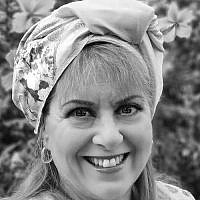 The Blogs
Helaine Ring
Apply for a Blog
Please note that the posts on The Blogs are contributed by third parties. The opinions, facts and any media content in them are presented solely by the authors, and neither The Times of Israel nor its partners assume any responsibility for them. Please contact us in case of abuse. In case of abuse,
Report this post.

What’ s God got to do with It?

Remember that Tina turner song “what’s love got to do with it?”.  Sometimes, when I see the way some of us behave, that song starts playing in my head, only with a slight change.  I find myself singing “oh oh…. what’s God got to do, got to do with it??”

The first time this happened to me was a few years ago, during riots at the Kotel, between ultraorthodox men and the “women of the Kotel”.  The men were outraged at the women’s’ actions (wearing a tallit and tefillin, reading from the Torah) and started throwing items, including chairs, over the divider, at those (praying) women.

A reporter shoved his microphone in the face of one incensed man and asked him what he thought that God thought of the way he was behaving…and his answer started my inner DJ going. Yes, he answered, totally candidly, “what’s God got to do (got to do) with it?” And he was serious. He was defending his religion; defending his traditions and his customs and saw no irony whatsoever in his spontaneous, off the streimel answer that God played no part in his actions.

I have seen similar scenes reenacted over and over, and if the words were not stated out loud, clearly, you just know that my feet were beating out the rhythm.

Many many years ago, one Simchat Torah, one man passed the Sefer Torah over the physical barrier, known as a “mechitzah” to his wife. I will not discuss the halachic aspects of this act, suffice it to say that this was not an isolated occurrence, over 30 years earlier I had participated in various Orthodox services where women dancing with a Sefer Torah on Simchat Torah was a given.  So, it was not a totally outrageous, unheard-of act.  But it was not common practice in our congregation; it had not been discussed, not voted on. It was a breach of the status quo.

The reaction, on the women’s’ side of the mechitzah was joyous. Most of the women in our congregation spent their entire holiday, year after year, engaged in the spectator sport of observing their male family members dancing on the other side of the mechitzah. Most of these women spontaneously joined hands in concentric circles, dancing. Their voices joined in song as their hands passed the holy scrolls from one to another. (Almost) everyone participated. One woman commented that holding the Sefer Torah was akin to cuddling a baby.

The reaction on the men’s side was different. Many of the men had no idea what was happening, and they continued to dance. As the word spread and some of the men stopped dancing in order to stare, their reactions were visceral and angry.  Some men left the building, left the congregation and never returned. A line had been crossed and for some, this was unforgivable.

There is a common vein of fear that runs through many Orthodox thought processes. The fear is that we should not do anything that is reminiscent of the goyim, non-Jews, who follow different customs than we do.  And sometimes, this fear vein is refined even further, and one is encouraged to avoid anything that resembles the Reform or Conservative movements of Judaism.

I chose not to participate. It wasn’t the act itself, of a woman holding a Sefer Torah, that bothered me. I had experienced that awesome (in the original meaning of the word) experience in the past and would be privileged to experience it again in the future. I chose not to participate because I could not see how our actions, that caused harsh feelings and dissension among our community, would bring pleasure to God.  And I truly believe that all our actions, including our expressions of joy, are a vehicle to bring us closer to Him. God doesn’t need our prayers, doesn’t need our song or dance; He needs us to watch out for each other.

The Corona crisis has affected all aspects of our life, and made the expression that all Israel is responsible for one another much more than an axiom.  It is a fact of life.  And yet I see so many many people displaying such total regard for the health of their fellow men.  Not wearing a mask shows a total lack of responsibility for others.  I find myself responding in anger; telling people to please wear their mask, to please pull their masks up over their nose or to please, PLEASE  at least be honest with themselves, and instead of wearing their masks under their lower lips, to display the courage to openly state “I don’t give A  F**K about anyone else but myself”. If you are wearing your mask under your chin, that is the message you are sending, if you meant to or not.  I doubt that God is pleased with my treatments of His children, and hope He forgives my tantrums born of fear and frustration.

I watch newsreels of thousands of demonstrators, unmasked, crowding together, demonstrating their constitutional rights (in a country with no constitution) to demonstrate.  I am sure that there are many, many cases of contaminations occurring daily at these demonstrations. Their priorities astound me, with pandemic conditions spreading, well, like a pandemic, their disregard for human rights and the health and very life of their fellow citizens is atrocious!  How do they perceive that their actions are perceived on High?  Or are they big Tina Turner fans as well??

This past Yom Kippur our shul tried to create some sense of congregation by davening, apart, yet together, outdoors.  We had done so, successfully, on Rosh HaShana and I really enjoyed my spot in the large park opposite my house.   Apparently, some people voiced displeasure at the fact that no physical barrier had been constructed to separate the men from the women.  we all sat apart from everyone, and all the men were apart from all the women, but no tangible barrier existed.  The committee responsible for setting up our makeshift shul responded to the voiced concerns by creating a semblance of a mechitzah out of paper tablecloths. Once people saw this or heard about it, the whattsapps flew with amazing speed,  filling the quiet of the pre-fast afternoon with tremendously emotional messages.  The tone in some of these messages was so inciteful that others posted reminders to calm things down and to keep in mind the essence of the holiday that was rapidly approaching

We joined together, literally praying for our lives, on  Erev Yom Kippur.  Some voiced their disagreement with the white sheets tied between various poles in the playground, loudly and adamantly.  Some walked away.  Some moved to sit in places that may have awarded them a closer view but did not respect the rights of others to daven, to pray, with a separation between the sexes. Their actions felt unclean, impure and antagonistic. And I prayed. I prayed to not be distracted by the antics going on in front of me.  I prayed to be able to keep my priorities straight and my focus on the main issues of the day.  In my mind, the Covid-19 crisis was God’s way of  showing the entire world a taste of His judgment, and I wanted to beg for His mercy and His redemption.  I prayed to not judge my neighbors and fellow prayer people.   I prayed that I would be able to refrain from gossip, from discussing these latest scenes.  I promised myself to not tell my husband what had occurred (he prayed at a different street minyan) to avoid causing him distress.

The next day, in order to avoid the heat of the day, we started our services at 6:30 am.  Overnight, the wind had really gotten the best of the paper dividers. They lay on the ground like has-been decorations from a long over party.  One family, who had expressed their disapproval of the mechitzah both on the whattsapp group and verbally at the evening service, chose to sit at the very center of the playground, next to the middle pole that holds the shade awnings up.  They sat very closely together, the two male members of the family in the front row, and the three women directly behind them, basically, sitting together.  They were making a statement even if it was unintentional.  They were smack in the center of everything.   If they had any semblance of social awareness, they had to know that they were causing a scene!  They did not seem self-conscious at all, but I cannot pretend to know what they were thinking.  If I had to venture a guess I guess I would venture to say….. “what’s God got to do with this?

After the Yom Kippur fast drew to an end, we turned on the news and watched footage of hundreds of Toldot Aharon chasidim congregating on congested Jerusalem streets, waiting to board crowded Jerusalem buses.  No masks, no social distancing, no regard for the rules, the guidelines and laws imposed by our government… I am sure that those very Chassidim prayed very intently  for the 25 hours preceding their dispersion, they fasted, refrained from wearing leather, washing their bodies, engaging in sexual behaviors…and then they left their House of Prayer to totally disregard  human life.  But heck, what’s God got to do with that??

I am fairly certain that if God had a head, it would be bald.  I can only imagine how that full head of hair would have thinned out, strand after strand as He pulled each one out, out of shear frustration at His children’s actions. God has stated very clearly and very explicitly what He wants of us; He wants us to be kind to each other, to deal with each other fairly, to look out for the poor, the orphans, the widows; in short, to build a just and moral society where each person embodies their responsibility towards the next.

Each of us has his or her own yardstick that they use as a decision-making tool; when making a choice between right and wrong; between doing something or remaining passive, between yes and no.  God is my yardstick.  I do my very best to measure my actions, weigh my decisions and choose my behaviors by one criterion, and that is “will this bring Nachat (meaning parental pride and joy) to my beloved Father? Will my actions make Him proud of me? I think of all the wonderful ways that our wonderous world would be improved if the question of “what’s God got to do with this?” would only be asked.

About the Author
I am a 64 year old Israeli-American woman, wife, mother and grandmother. I feel like sometimes I am like the kid who cries out that the emperor has NO clothes on and that someone needs to tell him that!
Comments