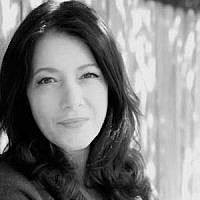 There is a lot of uproar concerning Israel’s new right-wing government. A lot of it is certainly justified if we examine some questionable appointments and the emboldened ultra-Orthodox attempting to flex their legislative muscle. However, one issue that has garnered the most attention is Israeli Defense Minister Moshe Ya’alon’s proposed bus segregation program.

Currently, some Palestinians who live in the West Bank go through checkpoints every day to get into Israel for work. They also currently have the ability to return home by riding on the buses that Jews ride on to get to their West Bank settlements, thus potentially bypassing those cumbersome checkpoints. Ya’alon’s plan was for the Palestinians to be limited to riding on Palestinian-only buses due to an alleged security risk. This program would’ve required the Palestinians to return to the West Bank though the checkpoints by which they entered Israel, potentially increasing their commute home by two hours.

When Ya’alon’s plan was publicized, the world, including many Israelis and Jews, were up in arms calling it apartheid and racist. On its face, it would seem to be exactly that. However, one element of this predicament has been missing from almost every discussion I’ve seen on this topic and that is:  does Palestine exist?

Many who support the Palestinians say, “Yes.  Palestine does exist and it’s a sovereign entity.” Assuming this is valid and expanding on that premise, then we can agree that if Palestine does exist as a sovereign entity, as stated by the UN, the Vatican, the International Criminal Court, and a majority of the world, then how is it apartheid if Palestinians are restricted to buses that return them to their home country? The Jews traveling to their settlements in the West Bank are returning home to what’s considered Israel, since Israel maintains sovereignty over the West Bank Jewish settlements as outlined and agreed upon in the Oslo Accords. 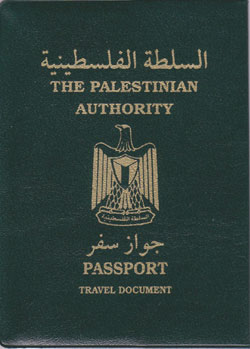 Another question that should be asked is whether Israel should be allowing citizens of the Palestinian Authority to enter Israel to work at all. From a humanitarian perspective, this is the right thing to do since the Palestinian Authority has done very little to promote commerce within their sovereign State of Palestine and jobs there are scarce. However, something I do not see Israel’s detractors even noticing is the fact that Israel is giving Palestinians, who would otherwise be unemployed, jobs by which to feed their families.

Suppose Israel fixed this by completely halting the ability for Palestinians to enter Israel to work?  That would certainly solve any perceived apartheid issue, wouldn’t it?

This issue is an exceptionally good model of the hypocrisy and double standards that exist when it comes to the question of Palestine.  Israel’s detractors cannot have it both ways, yet that’s exactly what they’re attempting to do. They cannot say that Palestine is sovereign on one hand, yet demand Israel treat Palestinians living under a completely different governmental entity as if they are citizens of Israel on the other hand.

My personal position on this is that if people are allowed to enter Israel to work, then they should be allowed to ride whichever bus they choose to get home from work and if the security risk is so great, then they shouldn’t be allowed to enter Israel to work in the first place. I’m glad Netanyahu scrapped this plan and if Israel wants to examine security risks, they should do it on a much larger scale instead of scrutinizing and punishing day workers riding buses home after a long day of commuting and working. And if Jewish settlers are so fearful of sharing buses with Palestinians, I suggest they move to Israel proper.