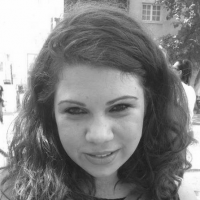 The Blogs
Simona Kogan
Apply for a Blog
Please note that the posts on The Blogs are contributed by third parties. The opinions, facts and any media content in them are presented solely by the authors, and neither The Times of Israel nor its partners assume any responsibility for them. Please contact us in case of abuse. In case of abuse,
Report this post.

How would Barack Obama dress if he was an Israeli politician? Would he unbutton his white collared shirt and leave it open — chest hairs a blazing? Would his wife, First Lady Michelle Obama, crop her top?

Last night, the unthinkable happened.  Or perhaps it was the thinkable, depending on what you deem as commonplace Israeli fashion practices at high profile events.

As they were sworn in to government, all eyes were NOT on the newest members of Israel’s Knesset.  Instead, they were focused on Prime Minister Bibi Netanyahu’s wife Sara and her atrocious fashion choice.

It was just a little black dress right? Wrong! Sara Netanyahu stunned — or rather shocked — in a sheer black lace number with midriff showing. Sure, the belly was covered, but you could still see it. The outfit sparked some serious commentary and criticism from the general public both in and out of Israel.

Bibi is clearly embarrassed by his wife’s choice

Eretz Nehederet, Israel’s leading comedy skit show, joked about Knesset members making passes at Bibi’s wife. Netanyahu’s Facebook page was lit up with comments criticizing the look, telling Sara it’s time to go to NY and shop for clothes, and asking her why she doesn’t have a stylist. Numerous fashion and entertainment commentators were up in arms, according to The Times of Israel.

Even the Anglo community got into it.

This answers the question on everyone’s mind. Is this kind of outfit acceptable for this kind of event? And if it’s not, why is it important to note what this woman, or any other politician, politician’s family member, or world leader, wears anyway?

It matters because world leaders and their wives or husbands need to think about what they say, wear, and do in public. They are representations of their country.  They are also setting an example for their peers. They have voluntarily put themselves under the microscope and are allowed to be subject to scrutiny for that reason. Which they are. ALL THE TIME.

You may say you don’t care about fashion, but these public figures must at the very least look presentable in public because they are representing themselves, their spouses, their families, their public, and their country with their clothes.  What they wear will immediately become a representation of who they are and what they stand for, even if it’s not intentional.

You may say that you like or dislike Lady Gaga for her music, but you can’t deny that her clothes sends a message to the world.  Whether that message is I’m experimental, I’m a risk-taker, or I’m an artist — it doesn’t matter. So is the case with Sara Netanyahu, in a different way, as the wife of Israel’s potential prime minister.

That being said, Michelle Obama would never have done anything like this.  She knows what kind of message she wants to send with her clothes and it’s obvious she’s doing an excellent job.

Sara Netanyahu, on the other hand, needs to hire a stylist.

For years, I’ve made the claim that Israeli style is a combination between dressed European urbanity and Middle Eastern “couture”, which is what Sara Netanyahu may have been going for.  But In general, it may have been acceptable for Sara to wear what she was wearing among Knesset members because Israelis dress down so much.

The question outsiders have always asked: Why do Israelis dress down so much? Why is it commonplace to see Israelis in jeans and flip flops at weddings? Where is the man’s tie?

Back in 2007, a journalist for New York’s The Jewish Week wrote about the phenomenon.  “In Israeli society, dressing up doesn’t make you closer to the bride or groom, so why should they? Not wearing a suit or a gown doesn’t take away from their respect,” she said.

Is that what Sara Netanyahu was thinking? If so, it didn’t work.

Other reasons include a hot climate and a need to break away from strict dress codes in England, America, and Europe. I heard stories that many of the Europeans and Russians who immigrated to Israel during the first days of the founding of the state wanted to differentiate themselves from their “uptight”, conservative, and controlled past. One of the easiest ways to do this was to dress down.

Unfortunately, wearing jeans gives off an air of arrogance and Israelis often have that kind of reputation.  Thus, denim doesn’t exactly help Israel’s negative image and you’ll almost never see President Obama in a pair of jeans at a business meeting.

But you’ll also almost never see Bibi Netanyahu without his suit and tie.  So why did he let his own wife walk out of the house like that?

Perhaps the real question is: Is there a politician that makes a good fashion statement? Is it Yair Lapid when he wears a red tie?  He still wears a suit, but the red tie shows off a bit of fire — which is what the public (and the girls) like.  Is that why he got all the votes? 😉

And Sara Netanyahu, well, she stands in a long line of female politicians and politician’s wives who make poor fashion choices. Shelly Yachimovich is always dressed in jeans and rumpled looks. When she does opt for a button-down blazer combo, the shirt underneath is usually wrinkled. It’s unclear whether she’s “too busy” fighting for the center-left or she doesn’t care about fashion.

Tzipi Livni is a modest dresser, but also has a masculine look. It always seems like she’s fighting alongside the men.  Though it still seems like she doesn’t smile enough, there has been some change in the form of femininity — she wears more power suits, skirts, and makeup lately. Things may not be getting better for her in politics but they are sure getting better in the fashion department.

In a world saturated with media, a person with a high profile is always subject to criticism, even for a trivial topic. Because Israel is under scrutiny, we need to combat our negative image, at least in some areas.  We need to set good examples — at least in an area that seems easy to arrange.

Bar Refaeli doesn’t do Israel any favors. A well-dressed politician might. In better dressed times?
About the Author
Simona Kogan is an online writer, content editor and pop culture fanatic whose favorite topics include Israeli fashion and culture. Originally from New Jersey, she exploded onto the Israeli scene in December 2007. Back then, she was one of the first writers to blog about Israeli fashion in English for her blog Fashion Israel.
Comments