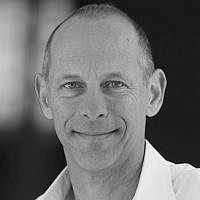 The Blogs
Daniel Statman
Apply for a Blog
Please note that the posts on The Blogs are contributed by third parties. The opinions, facts and any media content in them are presented solely by the authors, and neither The Times of Israel nor its partners assume any responsibility for them. Please contact us in case of abuse. In case of abuse,
Report this post. 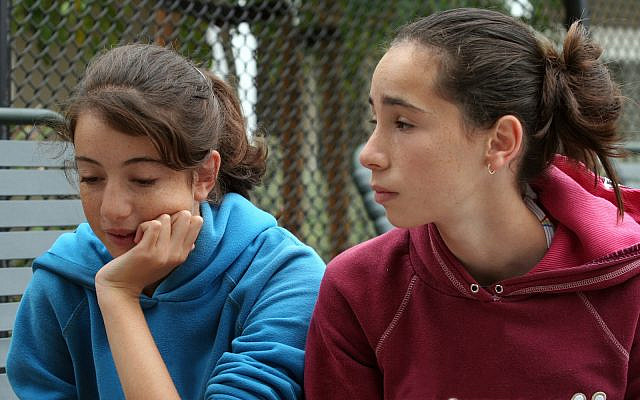 According to the Mishnah, a person’s offenses against other people cannot be atoned for until she gains forgiveness directly from the victims of her wrongdoing. This involves making what in modern Hebrew is termed an apology, hitnazlut, which the Academy of the Hebrew Language defines as “expressing regret for a mistake, or for causing inconvenience, or for tardiness, and so on.” But does the essence of apology lie in the sense of regret, or in its expression?

To answer this question, we must first say something about the circumstances in which an apology is expected. These are circumstances in which the relationship between two people is damaged by the harmful actions of one of them. The damage may be financial or physical, though not necessarily. At its core lies a message of disrespect conveyed from the offender toward the offended. This can be inferred by the fact that in the case of financial damage incurred through no fault of the offender, there is no sense of offense, nor any expectation of an apology. On the other hand, an apology may be expected even when no financial or physical harm is caused, for example, when a person offends another, or simply ignores her.

How, then, is an apology supposed to repair the damaged relationship between the offending and the offended parties? According to the first option mentioned above – apology as the very experience of regret – it does so via an internal change in the offender’s heart. The offender understands that her offensive behavior was uncalled for. From now on, her internal attitude toward her former victim will be respectful, and their future interactions will be different from the interactions prior to this change.

But if apology is this internal process, what is the purpose of the offender expressing this regret to her victim, that is, the act of apology itself (“I am truly sorry that I did such and such to you”)? The only possible answer is that its role is to make the injured party aware of the change undergone by the offender. It is as if the offender said to her victim: “I know that you bear a grudge because I treated you terribly last week, but you should know that I have thought about it and understand that I was wrong. My attitude toward you is different now, so there is no longer any reason for your resentment.”

Moreover, if the success of the apology were contingent on persuading the injured party that the offender has undergone such a deep change, such success would be quite rare. The reason a deep change is required is that to the extent the victim is seriously offended it is because she plausibly interprets the offender’s behavior as revealing serious, non-contingent, disrespect towards her. And precisely because of this interpretation the victim will find it hard to believe that the offender completely changed her attitude towards her, especially when the apology occurs as it often does, shortly after the offending incident. Therefore, in the absence of powerful evidence, a victim would rightly tend not to believe that her offender has converted to “a new person,” that she got rid of all her negative baggage against the victim.

These considerations point us to the other interpretation of the concept of apology described earlier, according to which the goal of apologizing is not to share with the victim the good news about the inner process that the victim has undergone. So what, then, is its goal? In particular, how does an apology rebuild the relations between offender and victim?

My proposal, inspired by Bill Miller’s book Faking It, is that an apology is a self-humiliation ceremony. By offending the victim, the offender placed
herself above her, thereby establishing an asymmetry between them. In order for the victim to mend the relationship with the offender, an opposite asymmetry needs to be created, in which the offender is humiliated via various apology rituals that reverse the power relations between the two. According to this proposal, the victim forgives the offender not because she is convinced that the latter has undergone some form of conversion, but because the offender’s willingness to humiliate herself, expressed in the form of a properly performed apology, makes it possible to begin a process of healing between them.

This proposal enables us to understand why it is so difficult to truly apologize, as opposed to mumbling “sorry,” like kindergarteners prompted by their teacher. It also enables us to understand the vast difference between apologizing to human beings and seeking the forgiveness of God. In the former case, apologies are necessary in order to mend the harm to the victim’s self-respect and to begin a process of reconciliation between offender and victim. In the latter, the Almighty is of course not really harmed or offended and He has no need for the self-abnegation of sinners in order to regain His honor, as it were. To the extent that such self-abnegation is valuable (via acts such as verbal confession, wearing sackcloth, and so on), it is because such acts are thought to help sinners with the difficult process of repentance – not because they redress an asymmetry caused by an alleged offense to the Almighty.

At the same time, there is a close connection between appeasing a person one has offended and appeasing the Almighty. In both cases, without a willingness to restrain one’s ego there can be no remedy, and if the offender/sinner is able to take such a step, she is on the right road to restoring her relations with her fellow human beings and also to improving her standing before the Almighty. She can then “find favor and good understanding in the sight of God and man” (Proverbs 3:4).

About the Author
Prof. Daniel Statman is a Senior Fellow at the Israel Democracy Institute and the Head of the Philosophy Department at the University of Haifa.
Related Topics
Related Posts
Comments