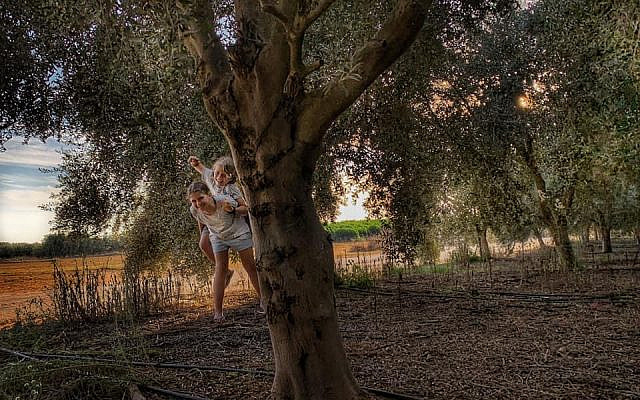 Two years ago – few hours before Erev Yom Kippur 5781 – there  was a war in my living room.

A three front war: we were all angry at each other, no alliances, each person for themselves.

I don’t remember how it started or who took the first shot but it was brutal, and we were all guilty.

Shouting ensued, and some days I’m the grownup and some days I am not, and davka hours before sunset and the beginning of Yom Kippur I was a howling jackal.

The thing is, logically I knew I wasn’t fixing anything. Logically, I knew I was making it worse.

And so my anger grew – that internal rage  where you want to tear through your own skin and you feel wretched, so you shout and want to break a dozen plates.

And I saw my kids were caught in the damn trap, too, howling beasts all of us.

So I summoned every ounce of strength and  I took a deep breath and let my mind catch up with my feelings.

The kids looked at me with their cartoon eyes.

“Why don’t we just apologize now since you’re just going to force us?”

“Because I am fkn angry and I’m not ready to apologize and I don’t think you are either. Five o’clock. We will go out to the fields and forgive each other and ourselves.”

I took my shower and got dressed.

I heard my daughter say to my son “please tell me why you got angry.”

“You should know.” He said.

The silence was thick and dusty.

And he told her.

“Ok fine. What did I do that made YOU angry?” He asked.

And she told him.

By the time 5:00 rolled around, they were allies, and we had signed a peace accord, the three of us.

“But we still need to forgive ourselves,” I said as I opened the door.

“Because even though we all act like assholes sometimes we are basically good people, and when we forgive ourselves it makes it easier for us to let go of all the bad things.” My daughter said.

So we walked out into the blue October day and Down the Road to the fields, and we forgave each other and ourselves.

Shame settled down in the pit of my stomach. Yom Kippur. And we had signed our peace accord just hours before.

“But we were supposed to stop fighting!” My daughter cried, and it was as though she could read my mind. “What’s the point of the stupid apologies if we are just going to get mad again?”

And he opened the door and we walked out to the fields again, all over again. 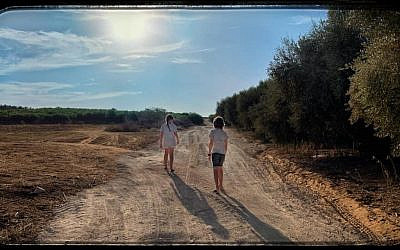 About the Author
Sarah Tuttle-Singer, author of Jerusalem Drawn and Quartered and the New Media Editor at Times of Israel, She was raised in Venice Beach, California on Yiddish lullabies and Civil Rights anthems. She now lives in Jerusalem with her 3 kids where she climbs roofs, explores cisterns, opens secret doors and talks to strangers, and writes stories about people. Sarah also speaks before audiences left, right, and center through the Jewish Speakers Bureau, asking them to wrestle with important questions while celebrating their willingness to do so. She also loves whisky and tacos and chocolate chip cookies and old maps and foreign coins and discovering new ideas from different perspectives. Sarah is a work in progress.