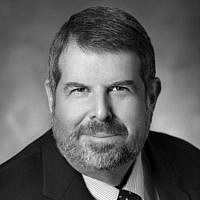 The Blogs
Mark Mellman
Apply for a Blog
Please note that the posts on The Blogs are contributed by third parties. The opinions, facts and any media content in them are presented solely by the authors, and neither The Times of Israel nor its partners assume any responsibility for them. Please contact us in case of abuse. In case of abuse,
Report this post. 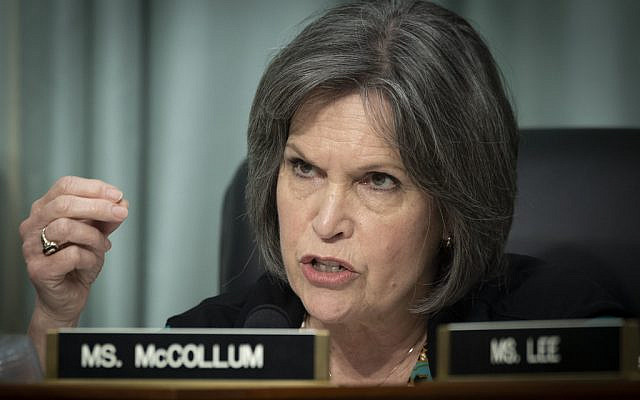 On a Sunday morning in September of 2018, a 16-year-old boy left his home, traveled to a shopping center, and sat outside a supermarket.

When Ari Fuld, a 45-year-old American-Israeli husband, and father of four, happened to walk out, the boy stabbed him to death and tried killing several others in front of numerous witnesses.

The murder occurred in the West Bank, so the young man had a long trial in a military court where he was convicted of murder, as well as three counts of attempted murder, and sentenced to prison.

A few months later, and a continent away, a 17-year-old was shot and killed in Saint Paul, Minnesota. No eyewitnesses to the crime emerged, but one individual identified a 14-year-old fleeing the scene while security cameras confirmed he was in the area. Tried as an adult, on the basis of less compelling evidence, the 14-year-old plea-bargained his way to a conviction for “second-degree unintentional murder” and was sentenced to 12 years in prison.

We can locate no record of Congresswoman Betty McCollum protesting the arrest, trial, or conviction of the Saint Paul youth, whose crime was committed in her district.

Yet, McCollum’s latest bill says Israel violated international law by arresting, trying, and sentencing Mr. Fuld’s murderer — a violation so egregious in her view, that her bill would prevent Israel from using US-supplied resources to arrest or detain him.

Representative McCollum’s bill asserts that Israel’s “detention and prosecution of Palestinian children…[is]…contrary to the values of the American people…,” but judging by her silence on the incident in her district, she apparently thinks detaining and prosecuting American children aligns well with American values and Saint Paul should go on using taxpayer money to arrest and imprison child murderers.

This contradiction — dare we call it hypocrisy, or even anti-Israel animus—is evident well beyond this single case. Minnesota arrests more than twice as many juveniles per capita as Israel does in the West Bank. The Palestinian Authority arrests 3 times as many youth as Israel does, and the PA is regularly accused of torture by local human rights groups.

But McCollum’s bill is silent on those actions, apparently seeing no problem there.

Over 30 countries receive U.S. military aid, many with human rights records far worse than Israel’s, but the McCollum bill would not prevent any of them from using those funds to arrest and detain children. Only Israel faces restrictions under her law.

That’s not “whataboutism” on my part; rather it’s a conscious effort by McCollum and her few supporters to discriminate against Israel through a law imposing estrictions on Israel that apply to no other country.

Discrimination is just one of the bill’s major flaws.

It also attacks Israel for using its military court system instead of civilian justice in the parts of the West Bank it controls under the Oslo Accords. Yet, extending the jurisdiction of civilian Israeli courts to the West Bank would legally constitute exactly the annexation that we, and so many other Democrats, oppose. Of course, her bill also bars Israel from using US aid for annexation.

So, the McCollum bill creates a trap: Israel cannot use U.S. aid if military courts mete out justice, and it can’t use U.S. aid if it annexes territory by giving civilian courts jurisdiction.

The bill also fails to grapple with a critical question: What should Israel do when the terrorists are children?

According to the Palestinian Human Rights Monitoring Group, Palestinian children have been used as “messengers and couriers, and in some cases as fighters and suicide bombers in attacks on Israeli soldiers and civilians.”

Sadly, not all young people in the Palestinian Authority, in Israel, in Minnesota or anywhere else, are innocent. Should Mr. Fuld’s teen murderer have been left to roam free because he was a minor? The city of Saint Paul didn’t think that was a good idea and, upon reflection, most reasonable people wouldn’t either.

In fact, if this bill were about protecting children — which it isn’t — it would be counterproductive. Punishing Israel for trying to apprehend teenage terrorists incentivizes terrorist leaders to keep using children as perpetrators and accomplices in attacks.

Children being arrested is tragic; children being tortured is reprehensible. There’s no excuse for the latter, which should be investigated — and the individuals responsible punished — wherever and whenever it occurs.

If reducing child arrest and stopping child torture were actually the goals and effects of the McCollum bill, we’d applaud. We aren’t, because, despite its rhetoric, those are neither its objectives nor even its intent.

Instead of seeking positive solutions, this misleading and discriminatory legislation is meant to stigmatize and delegitimize Israel—and only Israel—while making a complicated situation even worse.

Mark Mellman is president and CEO of Democratic Majority for Israel.

About the Author
Mark Mellman, one of the nation’s leading political strategists, is past President of the American Association of Political Consultants and CEO of The Mellman Group, a polling and consulting firm whose clients include leading political figures, Fortune 500 companies, and some of the nation’s most important public interest groups. Mellman has helped guide the campaigns of thirty U.S. Senators, a dozen Governors, over three dozen Members of Congress, and numerous state and local officials. Internationally, Mellman was chief strategist and pollster for Yair Lapid’s stunning rise from zero seats in the Israeli parliament to the country’s second largest party, in just one year.
Related Topics
Related Posts
Comments