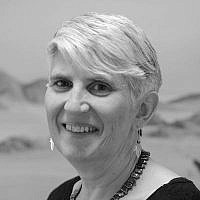 The Blogs
Sarah Bernstein
Apply for a Blog
Advertisement
Please note that the posts on The Blogs are contributed by third parties. The opinions, facts and any media content in them are presented solely by the authors, and neither The Times of Israel nor its partners assume any responsibility for them. Please contact us in case of abuse. In case of abuse,
Report this post. 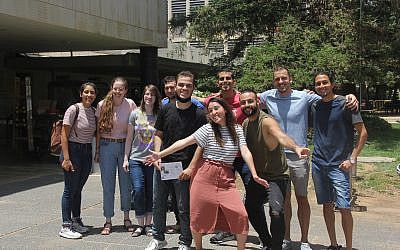 35 years ago I began studying for my law degree at the Hebrew University of Jerusalem. I was an olah hadashah’, a new immigrant, with little Hebrew – and terrified of being asked to use it. It took me a while to raise my head far enough above my books and papers to realise that Jewish and the Arab students may sit in class together, but they were essentially travelling in parallel lines – there was little interaction in class and even less outside the classroom.

Fast forward 35 years. The new academic year is just beginning and in recent years the number of Palestinians from East Jerusalem attending Hebrew U has grown substantially. In addition to the students from East Jerusalem, there are also many Palestinian-Israelis who attend the university from other areas in Israel (mostly the North). Despite the growth in numbers, Arab students still only number around 10% of the student population – around 2500 out of 25,000 (although close to 15% at BA level). But despite the disparity in numbers, the university campus in Jerusalem is a space in which Israeli-Jews and Palestinians from East Jerusalem and other cities in Israel meet on the same footing – often for the first time. Has anything changed since my days at Hebrew U? What are the characteristics of the interaction today? Is there meaningful interaction between these different groups?

These questions seem even more relevant and important since the intense period of violence we witnessed in May 2021 – in Gaza, in different cities around Israel and in Jerusalem itself. In fact, clashes broke out at the entrance to the Mount Scopus campus, forcing many students to avoid entering or leaving the campus for a few hours and intimidating others from travelling to campus altogether. Such developments have major repercussions on the student experience in Jerusalem in general, and Palestinian-Israeli relations among students on campus more specifically.

Despite the increase in the numbers of Palestinian students, there is still far too little meaningful interaction between the students who come from different religious, ethnic and national groups. One participant in the Rossing Center’s university program, Meeting Place, which brings together Israeli, Palestinian, Muslim, Christian, Jewish and Druze students for meaningful encounters, a participant explained that: “We study in the same class, walk side-by-side in the halls and often have projects together, but any interaction stops there.” This experience is shared by many more students, most of whom spend around 3-4 years on these campuses in Jerusalem.

The fact that meaningful interaction does not spontaneously happen should not come as a surprise. Israel’s segregated and separated school system creates few opportunities for contact between Palestinian-Israeli and Jewish-Israeli children and youth – and thus, as young adults they embark on their studies at university or college with little if any knowledge and understanding of each other’s faiths, cultures and traditions. Their lack of familiarity creates awkwardness and fear – not to mention the fact that most of the Jewish students have recently completed their army service – which is hardly designed to foster trust between the sides. Thus all too often fear, suspicion, prejudice and sadly in some cases even hatred of the Other are the norm. When they meet on campus, sticking to their own people-group is comfortable and familiar.

So how do we change the social norm of the university campus? That is the task we are working on, together with the University’s Center for Diversity and Inclusion – creating a campus where students from all backgrounds feel at home, and where the social norms encourage students to take advantage of the opportunities they finally have to meet people from all spheres of Israeli life – and to make that diversity an integral part of their student experience. After participating in our program, one Palestinian student said, “Participating in this program gave me the confidence to interact with Israeli Jews – both other students and lecturers. It changed my experience of the university.” A Jewish student described the impact of meeting in May: “We were in a meeting together when the riots reached the university gates. It was very significant to be together – Jews and Arabs who already know and appreciate each other – and talk about the feelings the situation evoked. I felt in light of the events that our Meeting Place group is the alternative to violence, extremism and racism that we saw on both sides.”

Wishing all new students a successful and eye-opening year – on all levels!

About the Author
Dr. Sarah Bernstein is the Director of the Rossing Center for Education and Dialogue. With a background as a lawyer and mediator, for over twenty years Sarah has been working in Jerusalem in the field of peace-building and shared society, specializing in interreligious dialogue and education. She was awarded her Phd in Peace and Reconciliation Studies by Coventry University in England. Sarah sat on the Alliance for Peacebuilding Global Advisory Council on Effective Interreligious Peacebuilding Evaluation, and ws a founding Board member of the International Association of Spiritual Care.
Related Topics
Related Posts
Comments