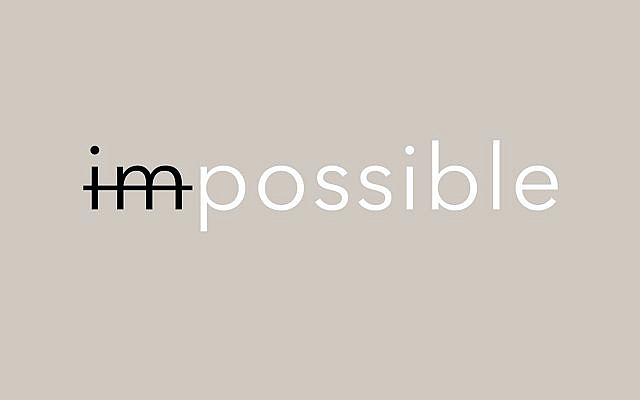 I have never met a strong person with an easy past.

Nothing comes easily in life. If you yearn for sunrise, you must first endure the night. If we had no winter, the spring wouldn’t be so pleasant. Everyone you know is fighting a battle you know nothing about. It seems like nothing great ever came that easily. But why, indeed, does life have to be so hard?

As we’re introduced to the very first Jew Abraham as we start the Torah anew, G-d gives us a stunning memo about our destiny that many of us seem to have missed. It holds the key to help us understand why bad things happen to good people.

A little piece of Kabbalah helps illuminate this enigma for us:

When G-d first created the universe, he embedded 288 Divine sparks within it. When we perform G-d’s will in those specific locations or circumstances in which the sparks are hidden, we elevate them and restore them to G-d from whence they originated. This is much like Michelangelo’s description of his efforts in creating beautiful art: “The sculpture is already complete within the marble block, before I start my work. It is already there, I just have to chisel away the superfluous material.”

When our ancestors emerged from their slavery in Egypt, the Kabbalah reveals that they successfully returned 202 of those Divine sparks to their source. This is the “great bounty“ which G-d promised Abraham that his children would retrieve from Egypt. Ever since, our task had been to retrieve the remaining 86 sparks that remain everywhere else on Earth, in a cosmic game of “hide and seek.” (This is actually the reason why the Torah forbids us from returning to Egypt, because all our work there has already been completed. Any visit there is just a waste of our time.)

In much the same way, each of us individually has been given a mission for which our souls have been dispatched to life on this Earth. We didn’t show up here just to relax on the beach; we were sent here by Heaven to achieve a specific mission.

Everything that happens to us happens for a reason: Your struggles, illness, crisis, divorce, unemployment, infertility, anxiety, or unhappy marriage were heaven-sent so that you could overcome it with faith and fortitude and shine a light of consciousness that never shone there before.

It’s interesting to note that G-d didn’t ask Abraham whether he wanted to suffer this way or not. He gave him no options, just the courtesy of a “heads up.” Life won’t provide warranties and guarantees, only possibilities and opportunities to turn into success. Your specific soul has a unique mission that only you can accomplish in this world. Approach your struggles with awe as you acknowledge them as the trials your soul must overcome on this Earth.

In 1977, Israel was considering a motion to legalize abortion. Spearheading the initiative was Israel’s Justice Minister Shmuel Tamir. Hoping to influence Mr. Tamir, to align his position with the Torah’s ruling on the matter, Israel’s rabbinate sent a delegation of rabbis to speak with him.

During the meeting, one of the rabbis present asked permission to share a tale. Rabbi Rafael Levin was the son of the famous Rabbi Aryeh Levin whose unconditional kindness and compassion to others earned him the moniker “the Tzaddik (righteous man) of Jerusalem.” Rabbi Rafael told a story of a young couple who had approached his father for advice, some fifty years earlier. They had recently fallen pregnant and were fiercely debating whether they should terminate the pregnancy. The husband was a young medical student and didn’t feel like he was ready to support a child financially. The wife was passionate about keeping the child safe in her womb.

“My father, Rabbi Aryeh Levin, captured the heart of the husband as he encouraged him to believe in the success of his family and his future. He eventually persuaded him to agree with his wife to have the baby. I would like to share with you the name of that baby that was saved from being aborted that night: Shmuel Tamir, the Minister of Justice!”

Shmuel Tamir was shocked. He had never heard this story before and seriously doubted its veracity. Only after speaking with his mother, and hearing her validate its details did he accept it.

The story had a profound influence on his decision and resulted in countless babies being carried to term and born to the Nation of Israel. A bitter argument between a couple in the summer of 1922 shaped the heart of one of Israel’s most powerful voices half a century later.

Nothing happens by chance. Hashem has a plan for every detail of our lives. You must tell yourself: “No matter how hard it is or how hard it gets, I’m going to make it!” Nothing is impossible. The word itself says: “I’m possible!”

Water is the only source of life in this universe. Without it, nothing can survive. A lovely lesson we learn from water is that in order to endure, we must learn to adjust ourselves to every situation and shape. The most important is to learn to find your flow.

When people ask you “What do you do?” Tell them “Whatever it takes!”

About the Author
Rabbi Dovid Vigler blends together the African culture in which he was raised with the esoteric Chassidic pulse of his passion. He serves as the Founder and Spiritual Leader of Chabad of Palm Beach Gardens FL together with his wife Chana. He is the host of Schmooze Radio, South Florida's only Jewish Talk Radio Show. Archives, Blogs, and more are available at www.JewishGardens.com
Related Topics
Related Posts