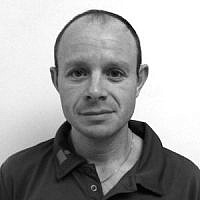 The Blogs
Daniel Pearlman
Apply for a Blog
Please note that the posts on The Blogs are contributed by third parties. The opinions, facts and any media content in them are presented solely by the authors, and neither The Times of Israel nor its partners assume any responsibility for them. Please contact us in case of abuse. In case of abuse,
Report this post.

At this point in COVID-19, most of us have now exhausted all that Netflix has to offer. Yet long before we reached this stage, even those who do not consider themselves soccer aficionados, will have noticed a highly rated and well-reviewed series entitled “Sunderland Till I Die”. The documentary – now in its second season – follows the trials and tribulations of one of British football’s historic giants, Sunderland Association Football Club, as it endures days of lesser glory.

As a lifelong Sunderland fan, born and bred in the city, I can assure you the series’ title is far from hyperbolic. The passion and devotion of Sunderland AFC’s supporters is perhaps unrivalled world over – and just as proudly shared by the town’s many Jewish descendants.

However, what once was an eminent community, today only holds the shadows and memories, as all but a few of its number now reside far from that corner of North East England. But to this day, the world over, for many Jews from Sunderland, and their children and grandchildren, checking the score on a Saturday evening is a weekly ritual. Sadly, in recent years, this has not been a pleasurable experience, as the club endures one of its darkest periods in a long and somewhat illustrious history, plying their trade in COVID sanctioned empty stadiums in League One, the third tier of English football. However, things have not always been this way.

Indeed, aside from its heroic footprint on English football, Sunderland AFC, I recently discovered, hold a significant place in the annals of Israeli football.

In May 1956 Sunderland AFC travelled to Israel and played a number of games, and in doing so, became the first English team to play in Israel. Sunderland had declined a match in Moscow in order to travel to Israel, as Israel wanted to have some “first-class” practice ahead of a forthcoming game with Russia.

In the days before even direct flights to Israel from the UK, the team travelled from the coal mining, ship building, working class town nestled on the River Wear and the cold North Sea, to the Holy Land, and the fledgling state of Israel. Less than a decade since the country’s founding, one of the world’s oldest and most revered clubs were making a first of its kind pilgrimage.

In the team were some of Britain’s most famous footballing legends. Prime among them Len Shackleton – known as the Clown Prince of Football, Billy Bingham, and Don Revie who went on to be one of the game’s greatest managers. Sunderland at the time were known as the Bank of England Club, as they boasted a roster of some of the game’s most valued players. Make no mistake, Sunderland’s arrival in 1956, would be as if Real Madrid turned up today.

They began with a game in Ramat Gan against Maccabi Petah-Tiqva, running out 3-2 winners, before traveling up to Haifa to play against Maccabi where Sunderland again ran out victorious by a margin of 4-3. The national Israeli team were able to hold Sunderland to a 1-1 draw back at Ramat Gan, before the team returned to Haifa to overcome Hapoel Haifa 4 goals to 2.

The experience must not have been too traumatic for the Israeli players though, as a year later their first opponents in the tour, Maccabi Petah-Tiqva, made the return journey to Wearside, only to lose 5-2 at Roker Park, the historic home of Sunderland AFC.

Since its formation in 1879, Sunderland have won the English League championship six times, a total only bettered by five other clubs, and have finished runners-up five times. They have won the FA Cup twice, in 1937 beating Preston North End who Bill Shankly played for at the time, and again in 1973 beating Don Revie’s mighty Leeds – at the time the greatest club in Europe.

Yet, despite all the joy and tears the club has brought me and my fellow Mackems (people from Sunderland), I will always be proud of my club, and even more proud to have been the first club to visit Israel, giving me the chance to combine both the eternal adage, Am Yisrael Chai, and Sunderland Till I Die.