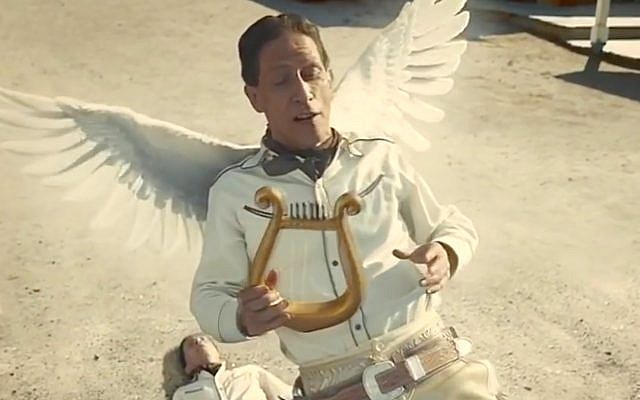 I love movies, and I LOVE the Coen brothers. However, I am not a film critic — so this is NOT a review!  I am, however, a film “fanatic.” P.S. For those who haven’t seen the movie: spoiler alert.

I have seen the Coen brothers’ Ballad of Buster Scruggs three times and want more.  I’m fascinated at just how a Western, complete with its odd assortment of contorted heroes and villains,  can possibly be relevant today. How could these two nice Jewish guys create such brilliant satire about our violent nature?  In our age we have seemed to lose our moral compass and the Scruggs’ film uses humor to question this.

The film lives on the cusp between the real and the miraculous. It reminds us of Gabriel Marquez’ Hundred Years of Solitude, when the hero can one minute be talking to you and then suddenly fly away on a magic carpet.

In the film’s first episode, our hero Buster Scruggs (played by Tim Blake Nelson), sings and shoots his way through life until he finally meets his match. We empathize with him. We really don’t want him to die. But he does, flying up to heaven, singing and playing his harp of David. This is weird, because this awesome character is killed in the first ten minutes of film (and the film is named after him!). He never re-appears. On the other hand Scruggs’ killer simply appears out of nowhere. He’s anonymous. We don’t have empathy for him; we don’t have any sense of who he is, aside for his pleasant voice and lilting song. To make it even weirder the villain and Scruggs end with a duet, Scruggs from the sky and his killer from earth.

The film’s other episodes are equally bizarre, and weave parodies of other films into the plot. Sometimes this is done quite subliminally.

So the question is, what is the message of these two brilliant directors?  Is it how quickly we become used to the shooting and violence?  In the opening saloon scene, for instance, Buster flashes his skills and super human inventiveness (he is without gun!). He manages to “Karate Kid” his way to brutally killing a guy by skillful use of a loose table board.  It reminds us of MacGyver, the 80’s TV master of improvisation. But now the cuteness is now gone, and mounds of bloody gore splatter with the hero smiling.

The frequency of killing also reminds some of us of the Vietnam war, when the numbers of dead were broadcast daily like a bizarre football game: Vietcong: 1000 vs. USA: GI’s 2.  Back then, this was a clever way of keeping us distant and ambivalent.  Today, the techniques are even more sophisticated.

All in all, I think the Coen brothers have also done an incredible job in holding up a mirror reflecting our own in-humanity; but when they do this they also make us laugh. We ARE, after all, living in a époque when truth is not the truth, and fake is not false. We swim in an era of new-speak.

In another episode a traveling showman throws his poor limbless actor over a bridge, but we don’t actually see it.  But, how do we FEEL?  Of course there’s something horrible about this heinous act, but why does the scene also seem strangely comic to us?  Is the inherent evil in all of us lurking behind our false tears?

So today, here we are, amidst the world’s bizarre “showtime”. In addition to the violence we are also becoming numb to lies, falsehoods, exaggerations.  If we are not careful, our tacit acceptance of a slowly rotting culture will be our demise. We must desperately protect our own humanity, before it slowly withers away.

In the horrible scene when the young woman too accurately follows her protector’s instructions (he says, “If the Indians get me, shoot yourself”). Her zeal gets the best of her. Yes, it is all profoundly sad, but we know it’s only a story, so how much can we truly empathize? The message is clear. She was only following orders. 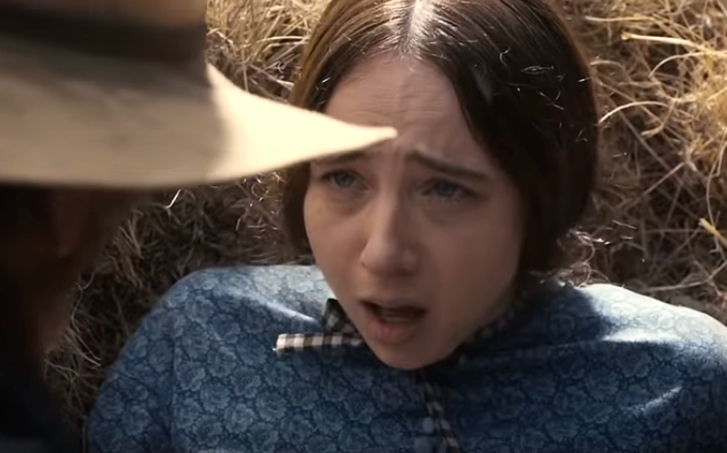 Like this poor girl, are we becoming blindly obeying without knowing it? While Neo-Nazis froth at the mouth, we shrug. How many quick-triggered policemen have we witnessed in the last two years?  How many children’s incarcerations can be tolerated? Were we commanded to stay silent?

Like other of the Coen Brothers’ films (for instance, the Big Lebowski and Oh Brothers, Where Art Thou), The Ballad of Buster Scruggs was not invented in a vacuum.  The film is a commentary of who we are and what WE could become.  The actions of the gold-digger, the sweet man (played by singer/actor Tom Waits) give us an opposite point of view.  He will not actively accept the status quo (being robbed). He quickly acts upon evil, and puts a stop to it.  The old man survives, the villain doesn’t. He is his own miracle maker! 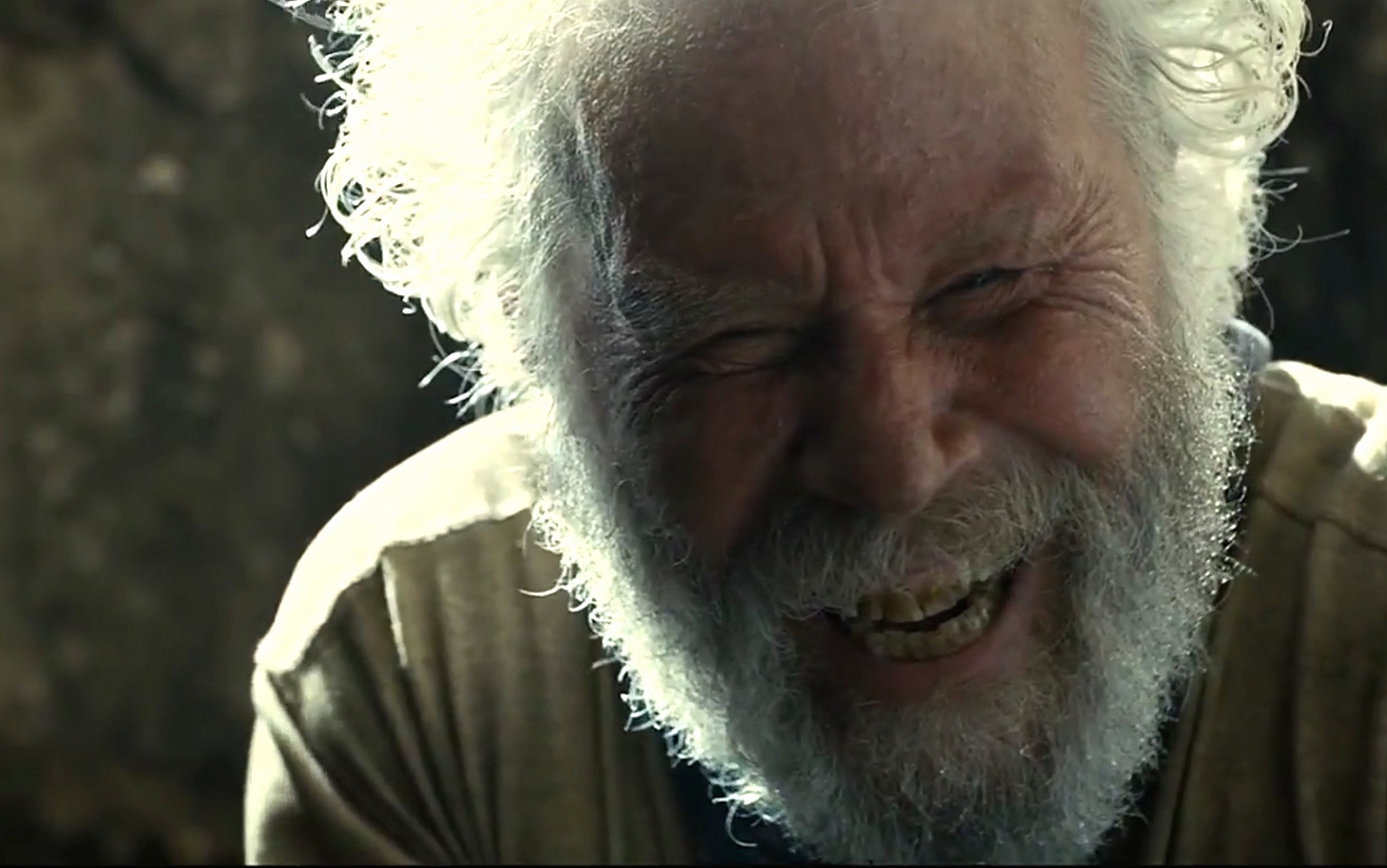 The Coen brothers give us food for thought.  But is the food Jewish or universal?  I say YES and YES.  As a people we are supposed to be a “light unto the nations”. Our moral compass is based on something Jewish philosopher Emmanuel Levinas calls the “Other”.  As Jews we have NO CHOICE.  When looking into the eyes of a beggar we have no choice but to help. And yet, with so much injustice happening around us, how can we cope? We live in a society where the country is run by a 2% elite, and where large portions of the population are, in effect, lesser citizens.  Yet many of us are numb to this. We desperately need to go beyond the camouflage, but are in danger of total exhaustion doing this!

If we are judges, do we have compassion for the limbless actor (who is killed) or the traveling barker (who needs to kill to survive)?  And in the same way, can a leader be justified for his separating of thousands of children from their mothers, because the his people are threatened by gangs of “scary” Mexican immigrants?

Do we rejoice for Buster when he finally meets his maker “up there”?  Or, do we reflect on the fact that he shot many others, and was rightfully punished?  We are the masters of “justice”;  we have the volumes of Jewish Law to prove it.  But in the end, why does Buster go to heaven anyway?

There is so much more than meets the eye in this incredible Coen brothers film.  The film often seems fractured, the scenes seemingly unrelated, though they are all about the raw Early West.  The film is purposely disconnected, unpredictable and surrounded by surrealistic ether. Is it that the Coens also want to mirror our own “fractured” times?

I look forward to further “unpacking” this film, peeling away its many layers, exploring its infinite parodies and nuances.  Perhaps I’ll return and comment more when I strike more gold. But meanwhile, maybe we should get out the popcorn, lie back and see the film together one more time?