The Blogs
Nathan G. Fishman
Apply for a Blog
Advertisement
Please note that the posts on The Blogs are contributed by third parties. The opinions, facts and any media content in them are presented solely by the authors, and neither The Times of Israel nor its partners assume any responsibility for them. Please contact us in case of abuse. In case of abuse,
Report this post.

I say this because I saw a post today by a Facebook page called Brit Hazon. Look it up if you like. But it claims to be a page dedicated to anti-imperialism, Jewish liberation, etc. However, to me it looks either like a cheap plot to recruit otherwise leftist Jews, who would not be traditionally sympathetic to the cause of Zionism, or an attempt to merge the far-left with nationalism. Either way, both things are incredibly dangerous. In any case, they shared this picture: 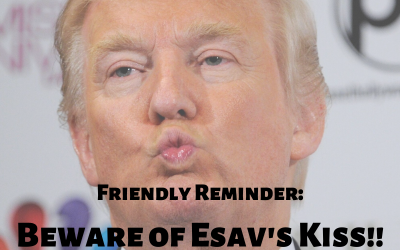 Nevermind that Trump has been the most consistently pro-Israel President in US history. Nevermind that he has Jewish descendants, including a Jewish daughter. Nevermind that his most recent pro-Jewish action sounds like it would be right up Brit Hazon’s (and their supporters) alleys. Now, I get the distinct pleasure of opening up my Facebook to see the most pro-Jewish president of all time being smeared as an antisemite by Jewish activists. Just in time for the holidays. Great.

I would like to ask those people: would they prefer we go back to President Obama, who made our Prime Minister walk through the back door of the White House? Would you prefer the approach of George Bush, who spoke a big game but actually gave one of the most pro-Palestinian speeches in American history? Or maybe you would prefer Bill Clinton, who made us sit down with Yasser Arafat. Because if you ask me, I like Trump a lot more. The guy who moved the American Embassy to Jerusalem. The guy who was more pro-Israel than Netanyahu, who told our elected leaders to follow Israeli law and ban Ilhan Omar and Rashida Tlaib. I like the guy who said Jews living in Judea and Samaria are not breaking international law. And I like the guy who instructed his State Department to treat us as a nation.

Now, I personally like Dennis Prager’s take on Esau, which essentially says that Esau was a decent man, but not fit to continue the legacy of Abraham, not unlike Ishmael. However, the way this post uses Esau’s name, I assume that what they are trying to say is that Trump is a scheming serpent, who is doing all these pro-Israel things so he can screw us over? I know, he sure got me.

The reason Brit Hazon says this is because these people are trying to sell us far-left propaganda, and they can’t sell us their anti-American, socialist, anti-imperialist gobbeldygook if Trump, allegedly the biggest imperialist on planet Earth, is being so good for us and the world. They are simply left-wing hacks, and want Trump to fail. Every time Trump does something good, they will look for every way to twist Trump’s actions to somehow be bad. By doing this, they demonstrate how morally bankrupt the whole movement is, and how ungrateful these people are. But these are extremists, people who, G-d willing, will fall into the trash bin of history.

I don’t bring this up to shame this movement. They are capable of shaming themselves. I bring this up because there are plenty of people who share this sentiment. Because the guy has an “R” next to his name, he is somehow incapable of doing any good.

I know what the Mishnah says. In Avot Chapter 2 Mishnah 3, it says “Be cautious with the government, for they only bring a person close to them for their own needs. They appear as friends when it benefits them, but they do not stand by a person in his time of difficulty.” Duly noted. But that doesn’t mean be an ingrate when they do come through for you. You are always free to criticize the government when it does something we don’t like. But it is so important to congratulate our elected leaders when they support us.

Imagine you are a non-Jew living in the US. It must be weird seeing Trump being so pro-Jewish, and then seeing so many Jews essentially spitting in Trump’s face. And if you support the President, it might even make you resent the Jews. And who could blame you?

You could be upset that Trump tweets in a way you don’t like. You can be upset that Trump doesn’t appear to behave in a way that you expect of a President. I disagree with those points, but if nothing else that is an argument of taste, and I can’t argue taste. And even if you disagree with his other policies, that is a personal thing. But I won’t accept the argument that he is a snake, or an Esau ready to bite us. I have not seen any evidence to back that up. I have seen a President who seems to be doing anything in his power to help us out. I mean, he doesn’t even behave in a sneaky way. If he didn’t like us, he would have told us by now.

Listen, you want to be negative all the time, that is entirely up to you. But Jews who consistently look upon the President with suspicion and contempt continue to demonstrate their lack of Middot Tovot. And God bless Trump, because if I was being treated by the Jews in the way he is being treated, I would dump the Jews faster than a burning coal. And I would even be justified. I’m going to be over here, thanking God that Trump is a much better person than any of those among us who refuse to give him thanks for the way he treats us.

About the Author
Born in New York, raised in New Jersey, and operating out of a rickety apartment in Jerusalem, Nate Fishman left his parents' house while he still knew everything. Support his misadventures by reading his blog. Or don't.
Comments