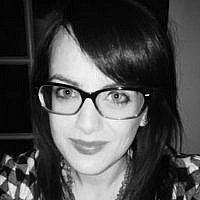 The Blogs
Rachel Goldenberg
Apply for a Blog
Advertisement
Please note that the posts on The Blogs are contributed by third parties. The opinions, facts and any media content in them are presented solely by the authors, and neither The Times of Israel nor its partners assume any responsibility for them. Please contact us in case of abuse. In case of abuse,
Report this post.

For those of us working in the field of divorce, we come across domestic violence issues on a daily basis. Domestic violence exists in all different forms: physical, verbal, sexual, financial, and psychological are just a few named categories. And if there’s one thing we can attest to, it’s that domestic violence does not discriminate. It is prevalent in heterosexual couples, same-sex couples, and cuts across both religious and racial lines.

When a potential client walks through my office and describes a series of abusive incidents with his/her partner, I hold my breath and hope that at the end of the consultation she’ll* hire me so I can help her. Invariably, she never does hire me after the first consult. She thanks me profusely for my time and for being so supportive but she needs to think about it. Her reasons to think about it are never trivial. She knows he’s abusive; she knows she needs to leave. But she also knows that it’s her daughter’s birthday next week and they’ve planned a party; she knows that Christmas is a month away and she’s scared to ruin the holidays for her children. She knows all of this. And I know that the first consult is just part of her first attempt to leave her abuser.

When Alice called our office last month (four months after her initial consult), I’ll admit, it took me a second to recognize her voice. “Rachel, do you remember me? I…uh…I cried in your office.” A lot of people cry in my office -it’s part and parcel to being a divorce lawyer- but I knew who she was instantly. We had another meeting, she hired us, and we were ready to proceed. Except there was one caveat, she finally called the police on her husband. She also lied to the police. She told the police her husband yelled at her but purposely wore long sleeves when the police arrived to better cover up the ugly bruises he left on her arms. She did this because she wanted to be brave and protect her children, she said. It seems clear as day to the outside world that keeping your children in the same home with an abusive man is a far cry from protecting them. But victims of domestic violence don’t see it that way, they see every situation through the eyes of their abuser. Every situation is another earmark of something they did, of something horrible they did that got “Daddy thrown in jail.”

I’ve read the stories. I’ve had the clients. But now I’ve seen the pictures. Real pictures. Pictures of bruises so bad you would think she colored her arms with purple, blue, red and brown markers. Pictures that made me spit out my yogurt, unable to eat for the rest of the day. Pictures that brought a very vivid image to her email in which she wrote, “He pretended to kiss me in front of the kids, but he actually bit my ear.” You don’t reply to that kind of email. You call. Immediately. I called and she explained it away, like I knew she would, “it’s not like he bit my ear off.” Does he have to be Mike Tyson for it to be a real and recognizable form of abuse?

Like many survivors of domestic violence Alice is taking baby steps on her road to recovery. On better days, she tells me she’s starting to see things the way I see them, “the normal way,” she says. I hope she’s seeing things differently. I hope she knows she’s important and her life has value.

Whether you’re Rihanna, Janay Rice or any person who is a victim of domestic violence, get help. You deserve better.

*For the sake of simplicity I used “she” as my client’s gender. But of course, equally disturbing are the cases of abused men.

About the Author
Born and raised in the big BK. Rachel is a young attorney trying to make sense of and change the world around her.
Comments