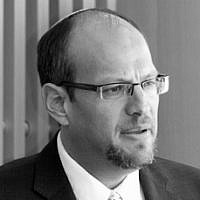 The Blogs
Tzvi Graetz
Apply for a Blog
Advertisement
Please note that the posts on The Blogs are contributed by third parties. The opinions, facts and any media content in them are presented solely by the authors, and neither The Times of Israel nor its partners assume any responsibility for them. Please contact us in case of abuse. In case of abuse,
Report this post. 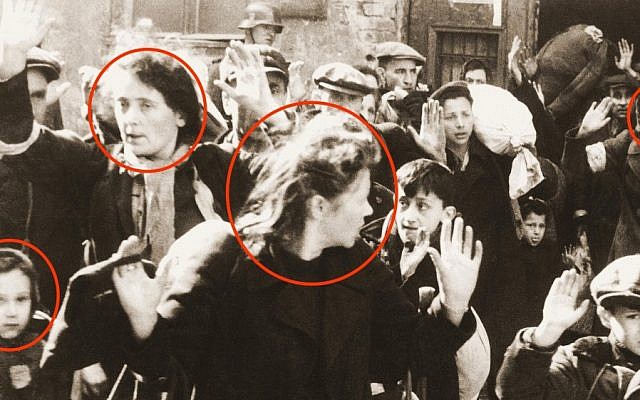 The faces not shown in a Haredi publication (illustrative image, from detail of the famous photo from Jürgen Stroop's report to Heinrich Himmler from May 1943)

Around Passover it is common to remember the Warsaw Ghetto Uprising, which began on Seder night in 1943, and we often find ourselves viewing the iconic photo below. What isn’t common is for the faces of the women in that picture to be blurred out and for the little girl walking next to her mother to be cropped out completely. This was how the photo was published in the ultra-Orthodox weekly, Bakehila, in keeping with a policy that is widespread throughout the Haredi world against showing images of women. 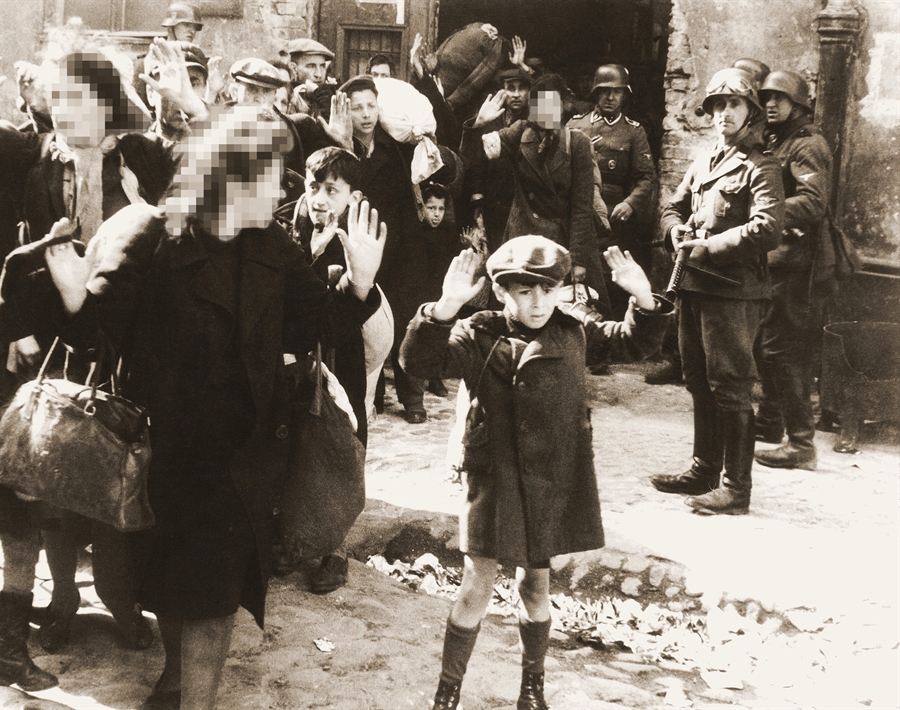 Bakehila weekly applied digitization and cropping similar to the above to obscure faces of women and girls (illustrative image, from detail of the famous photo from Jürgen Stroop’s report to Heinrich Himmler from May 1943)

As we mark Yom Hashoah v’Hagevura, let’s remember the following:

When all women are treated as sexual objects, even the Jewish women of the Warsaw Ghetto need to be blurred out or erased. Ironically, erasure is used as an epithet every time Hitler’s name is mentioned: Imach Shmo “may his name be erased.”

When a man needs to worry that every woman will seduce him, then even the Jewish women of the Warsaw ghetto need to be censored.

When a society is so nervous about what a Jewish man will do with his newspaper in his own private home, then even the Jewish women of the Warsaw ghetto need to be censored.

In my role as rabbi, I consider myself willing to accept many changes, but I am happy to say here that I am glad that not a word of our Holy Torah can be changed. This may sound odd coming from a Masorti/Conservative rabbi who innovates and changes all the time, but nowadays, if the Torah were not off bounds, the portion from Exodus that is read on the last day of Passover would look completely different.

For example, Miriam the Prophetess would not be mentioned by name and she certainly wouldn’t be outside dancing and playing her tambourine for all of the Israelite men to see.
Does this sound absurd and demagogic? Well, since the Jewish women of the Warsaw ghetto have been erased anything is possible.

By night on my bed I sought him whom my soul loves; I sought him, but I found him not… Behold, thou art fair, my love Thy two breasts are like two fawns that are twins of a gazelle, which feed among the lilies. Thy lips, O my bride, drop honey–honey and milk are under thy tongue; and the smell of thy garments is like the smell of Lebanon.

Without seeing pictures of women, how is an ultra orthodox man supposed to learn about the beauty of love and the mystery of women if not for Song of Songs? Again, it would seem absurd to censor the reading of Shir Hashirim. But if the Jewish women of the Warsaw Ghetto can be erased, anything is possible.

What is really revolting to me in this whole story is that the Nazi soldiers are not blurred out but since the women are, it only serves to highlight the Nazi soldiers in the picture! I am sure this was not the intention of the paper’s editor but the result is a picture in which the faces of the Nazis (may their name be erased) are allowed to be published but not the faces of the sacred martyred women. Ridiculous, yes? But this is the kind of insanity that happens when every woman is seen as a sexual object that tempts men and so must be hidden.

Miriam the Prophetess broke out into spontaneous dancing and singing to praise God for the miracle of the parting of the Red Sea. There were no zealous Haredi journalists there. In the private chambers of the Song of Songs lovers, there were no Haredi politicians. How can I be so sure of this? Because if they would have been there, we wouldn’t know about it now. It would have been censored.

About the Author
Rabbi Tzvi Graetz, is the former Executive Director of Masorti Olami & MERCAZ Olami. He serves on the board of JNF Israel as chair of the environment and sustainability committee and he is a fellow in the Beit Midrash for Israeli Rabbis, a joint program run by the Shalom Hartman Institute and HaMidrasha at Oranim. Rabbi Graetz was born in Israel and is a second generation Masorti (Conservative) Jew who has spent his career working to build and promote Israel’s Masorti Institutions in order to enhance religious pluralism. Rabbi Graetz spent four years as the spiritual leader of Kehilat Shevet Achim in Gilo, Jerusalem and as rabbi of the TALI Gilo School. He has served as Director of the NOAM youth movement and Camp Ramah NOAM, and also spent time in the USA as a shaliach of the Jewish Agency and the United Synagogue of Conservative Judaism.
Comments