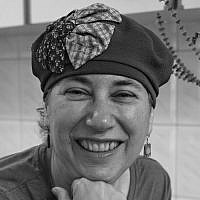 The Blogs
Miriam Green
Finding Joy in Alzheimer's
Apply for a Blog
Advertisement
Please note that the posts on The Blogs are contributed by third parties. The opinions, facts and any media content in them are presented solely by the authors, and neither The Times of Israel nor its partners assume any responsibility for them. Please contact us in case of abuse. In case of abuse,
Report this post. 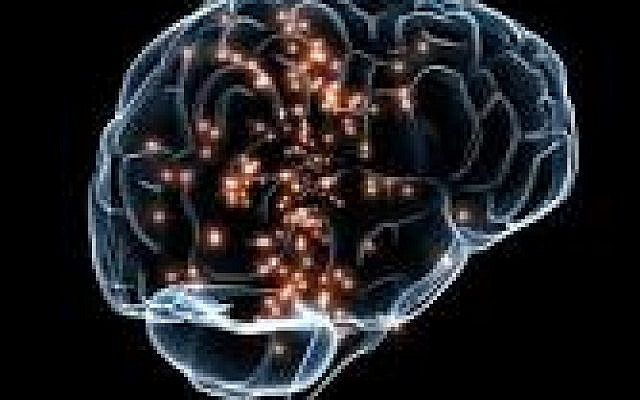 Our family is part of a global phenomenon in current medical developments: Alzheimer’s is on the rise. What we experience on a daily basis is multiplied millions of times over in other homes, other families. And it is only going to get worse.

“Worldwide, at least 50 million people are believed to be living with Alzheimer’s disease or other dementias. If breakthroughs are not discovered, rates could exceed 152 million by 2050,” states one fact sheet.

It is hard to focus on what’s happening in the scientific world when you’re mired in this disease. Each visit to Mom reminds me that we experience Alzheimer’s in an individualized, unique, and often lonely encounter.

When I raise my head from beyond the small interactions with Mom, I am awed to discover that there have been many recent promising studies on understanding the origins of dementia and in creating possible treatment methods. In Israel, where I live, there are constant news reports of scientific discovery. This past November, in honor of Alzheimer’s Awareness Month, an article on the Israel21c website highlighted 10 new technologies that may advance preventing, diagnosing, and treating this progressive and incurable brain disorder.

Here’s one that I particularly like because it is happening at my university, Ben-Gurion University of the Negev. A novel therapy introduced by BGN Technologies of Ben-Gurion University of the Negev, “hinges on the fact that a malfunctioning blood brain barrier (BBB) allows neurotoxic blood products to enter the brain and cause damage leading to neurological diseases. The lab of BGU professor Alon Friedman discovered that treating the BBB at early stages can protect the brain and prevent disease development. Their proposed treatment would combine Memantine and Losartan, which have been shown in preclinical studies to protect the integrity of the BBB when administered together.” [ibid]

In terms of early diagnosis, an artificially intelligent chatbot named “Clara” could help detect early signs of Alzheimer’s. According to Dr. Shahar Arzy, director of the computational neuropsychiatry lab at Hadassah Hebrew University Medical Center in Jerusalem, “Clara is based on a relatively recent understanding that Alzheimer’s affects the brain’s ‘orientation system’ before it affects memory. Clara asks patients questions about themselves and their relationships to people, places and events. It then compares that information to a baseline and generates a computer-based test tailored for the individual that can diagnose very early Alzheimer’s.” Clara is 95 percent accurate. [ibid]

As illustrated by Clara, one of the main focuses has been to create early detection technologies that will track the subtle, mild signs of Alzheimer’s that until now could only be found in invasive brain tissue biopsies. Before there is even a diagnosis of mild cognitive disorder — which is usually a precursor to Alzheimer’s — some of these technologies of the future can be used to counteract or halt the growth of plaques and tangles in the brain.

Unfortunately, most of these amazing ideas will not be ready in time to save my mom. They are years away from practical applications and for being tested in real-time human trials.

And so we soldier on, trying as best we can to connect with Mom in her current state. Music is still our go-to method of interacting. In fact, it’s my number one rule of thumb: when in doubt, sing. It works almost every time to distract her from bad mood swings or outrageous anger and to engage her in a positive way. It often doesn’t matter what song we sing and if I don’t know the words, we just hum instead.

Before I leave at the end of a visit, I place Mom’s headphones on her ears. These headphones have a memory card loaded with more than 300 songs that she knows and loves. Sometimes it takes a few tries for her to accept the feel of the pads on her ears. Once a song catches her attention, she starts to sing, often in a very loud voice. That’s when I know she’s transported from her often painfully small surroundings into a place that not even Alzheimer’s can destroy. It is easier for me to say goodbye to Mom when she’s serenading me, when the dance we’ve choreographed out of our visit has run its course and she is wholly engaged in song. New technologies and medicines are years away; music is here and now.

About the Author
Miriam Green is the author of The Lost Kitchen: Reflections and Recipes from an Alzheimer’s Caregiver (Black Opal Books, 2019). She writes a weekly blog at www.thelostkitchen.org featuring anecdotes about her mother’s Alzheimer’s and related recipes. She recently presented a TEDx Talk about Alzheimer's at Shenkar College. Miriam works as the Counselor for AACI's Southern Branch, a position she was honored for last year in a national ceremony. She holds an MA in Creative Writing from Bar Ilan University, and a BA from Oberlin College. You can find Miriam on Facebook and on Twitter. Miriam is a 28-year resident of Israel, and a mother of three.
Related Topics
Related Posts
Comments