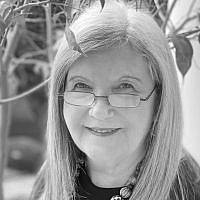 The Blogs
Phyllis Greenberg Heideman
Apply for a Blog
Please note that the posts on The Blogs are contributed by third parties. The opinions, facts and any media content in them are presented solely by the authors, and neither The Times of Israel nor its partners assume any responsibility for them. Please contact us in case of abuse. In case of abuse,
Report this post. 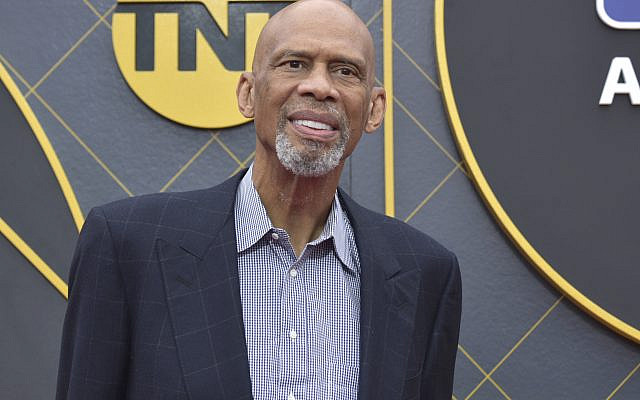 Kareem Abdul-Jabbar arrives at the NBA Awards on Monday, at the Barker Hangar in Santa Monica, California, June 24, 2019. (Richard Shotwell/Invision/AP)

Beyond the competition itself, what has always captured our imagination about sport is its ability to serve as a mirror for society. At best, sport manifests the pursuit of excellence and the beauty of honest competition. Arguably more than any other field, sport has a transcendent ability to unite people of all backgrounds.

But at its worst, sport shines the spotlight on a society’s pernicious prejudices.

We saw this in England earlier this month when the national team’s defeat in the final of the European Championships led to the racist abuse of three black players who were blamed for the defeat. While the outpouring of support for the three from English society as a whole was positive – including thousands of heartwarming letters of support written to the players by children across the country – the incident serves as just the most recent example of hatred creeping into sports.

And while the excitement surrounding the Tokyo Games is palpable, we cannot forget that the Olympics themselves have not been immune from hatred. As we approach the fiftieth anniversary of the Munich massacre, we remember the most gut-wrenching display of hatred in sports history. Eleven athletes and coaches of Israel’s Olympic team were murdered in cold blood simply because they were Jewish. Regrettably, it was not until 2016 that the International Olympic Committee officially held the first memorial service in their honor, though we were moved to see this year’s opening ceremony commemorate those murdered in Munich.

Unfortunately, though, almost fifty years on, racial and antisemitic hatred is still very much alive and kicking in the world of sports.

Take for example the German Jewish soccer team Maccabi Frankfurt, which recently released a survey showing that 78% of their players had witnessed at least one antisemitic incident on the field, including 19% who had in the past six months alone. Team members estimate that at 40% of matches, players are subjected to anti-Jewish insults by players and spectators and that these instances often go unreported.

In the NFL last year, we saw DeSean Jackson, the then-wide receiver for the NFL’s Philadelphia Eagles, spread anti-Jewish messages on social media, saying that Jews “…will blackmail America. [They] will extort America, their plan for world domination won’t work.” Jackson also reposted quotes on his social media feed attributed to Hitler. Equally concerning was the fact that many commentators sought to downplay the seriousness of these remarks.

In the face of this silence, individual leaders within the sports community showed bravery and leadership in standing up to such hatred. These included basketball legend Kareem Abdul-Jabbar, who sharply criticized the hateful comments, penning a statement that sounded the alarm of leaving antisemitism among athletes unchecked.

Other sports figures who have displayed their leadership and moral clarity include Robert Kraft and Sylvan Adams. In 2019, Kraft, the owner of the New England Patriots and the laureate of the Genesis prize, started the Foundation to Combat Antisemitism in order to engage young people to stand united against antisemitism and racism. Sylvan Adams, Honorary President of the 2018 Giro D’Italia bike race, was instrumental in dedicating the race to Gino Bartali – an Italian cycling champion who risked his life to save nearly 800 Jews from Nazi gas chambers – and starting a conversation within the cycling community about the importance of standing up to hatred.

Leading English Premier League club Chelsea F.C. has also emerged as a global leader in combating antisemitism within sports. In 2018, the club started a first-of-its-kind campaign to raise awareness of and educate players and fans about antisemitism. That same year, the club sent representatives to the March of the Living, and a year later the team sent a delegation of 140 players and staff to visit Auschwitz.

In this regard, we applaud the Olympic organizers for their decisiveness in sacking the director of the opening ceremony for the deeply offensive jokes he had made about the Holocaust, as well as the sharp condemnation from Japanese Prime Minister Yoshihide Suga who described the comments as “outrageous and unacceptable”. Such a zero-tolerance approach sends a clear message to society about how antisemitism and hate speech should be dealt with.

At the International March of the Living, we bring together Jews and non-Jews alike to study the history and memory of the Holocaust and examine the roots of prejudice, intolerance and hatred, so as to never again allow discrimination against any group to gain strength.

Athletes have the platform and the power to join us in this goal, standing up against hatred whenever it appears, and speaking with moral clarity in a way that sets an example for ourselves and our children. The fight against antisemitism and hatred of all forms continues at full speed, and our athletes have a chance to lead the way and show by their actions that this is one issue where we all bring home gold.