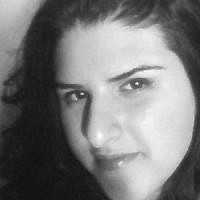 It seemed that for one moment last month the whole world or in this case all the celebrities in the US were on the side of the Jewish people and opposed Antisemitism. For one moment they seemed to discover that the Jewish population in the US is suffering from that long time hatred towards the Jews of their country.

Suddenly many Jewish celebrities that no one seemed to even know they are Jewish spoke about how they feel and how the words of Ye (Kanye West) affected them. Now, many said he will learn that such words and action have consequences. We stand beside our Jewish friends many wrote or shared on their social media pages. I am sure that when Ye threatened in a tweet last month to go “death con 3” on the Jewish people, he had no idea that his words will resulted in such a reaction from so many people and companies (even when the price they paid was in millions of USD).

Now don’t get me wrong, I think that without that support and public pressure none of the companies that denounced Ye and publicly declared they will stop any collaboration with him, would have done that. But and it’s a very big but, Anti-Semitism didn’t just reappear because of the words of Ye, it was there all along and he is not the only one. According to the Anti-Defamation League in 2021 there were 2717 Anti-Semitic incidents against Jewish people in the US in all 50 states, this is an increase of 34 percent from 2020.  1776 Jewish or those who were perceived to be Jewish suffered from verbal harassment with anti-Semitic words, conspiracy or stereotypes. According to ADL this means that about seven incidents occurred per day. So where were all the people that spoke against Ye’s Antiemetic words? Where were all the reporters and media outlets that underreported the incidents against the Jewish people or the ones that found ways to somehow blame the Jewish people for what happened to them? And don’t even get me starting on the reports that connected the situation in Israel to Antiemetic attacks in the US and in Europe and that somehow insinuated that Israel is to blame for being the evilest country in the world.

Also can I be just a bit mad that so many Jewish celebrities never say a word in defense of Israel when Israel is under attack by terror and by other anti-Israel celebrities?  And if we put the issue of Israel aside for the sake of the discussion on anti-Semitism against the Jews in general, where were they all along? Where were they for years when people were attacked for no reason?

So yes Ye’s words caused a trendy moment for everyone to share how much they support the Jewish people, but this is not over. Anti-Semitism didn’t disappear now that Ye’s is quiet for a bit. It is still there, still affects people and will for sure in the near future, probably even now while I am writing about this, miles away from the US. Speaking against Anti-Semitism and supporting the Jewish people is not a trend, this should be the norm until we manage to erase it from this world.

About the Author
Meital born and raised in the south of Israel. She hold a BA in Government, Diplomacy and Strategy from the Interdisciplinary Center of Herzliya, specializing in counter terrorism and international relations and MA in Political Marketing. Previously served in the Diplomatic Mission of Israel to the EU and NATO
Related Topics
Related Posts